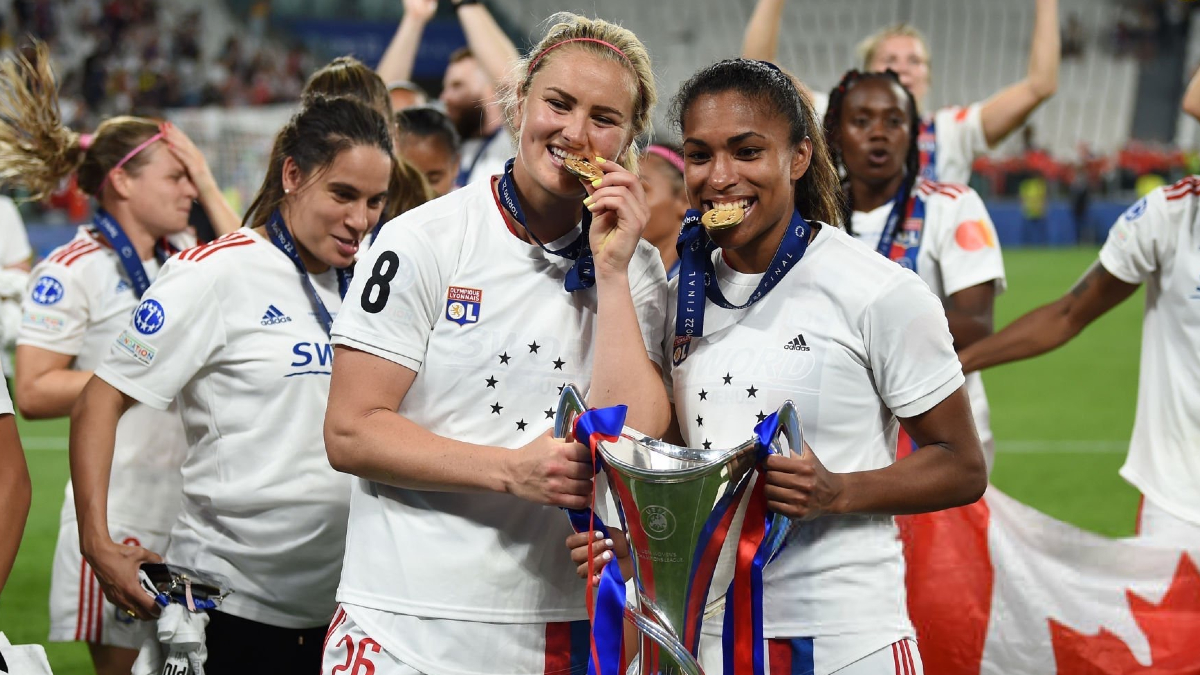 Winning the Women’s UEFA Champions League is nothing new for Olympique Lyonnais, but the French powerhouse’s eighth title featured a very American flavor.

Catarina Macario and Lindsey Horan started for Lyon in Saturday’s 3-1 win over Barcelona in the Women’s UEFA Champions League final, with Macario delivering the third goal for the French champions.

The USWNT teammates started and played the full 90 minutes to help Lyon dethrone Barcelona, which won the title last year and entered Saturday’s final on the heels of finishing its La Liga season with a perfect record.

Amandine Henry opened scoring for Lyon in the sixth minute. Norway international Ada Hegerberg scored another goal in the 23rd minute, then Macario struck 10 minutes later. Barcelona, which won the tournament in 2021, pulled a goal back before halftime with a strike from Alexia Putellas in the 41st minute.

Lyon continues an incredible Champions League run. The French giant won the trophy every year from 2016 to 2020 and adds an eighth title this year.

Macario and Horan should have some time to rest before joining the USWNT for a busy summer that will include competing in the Concacaf Championships in July, a competition which will have both World Cup qualification and Olympic qualification on the line.