Aaronson and Weah score as USMNT cruises past Morocco 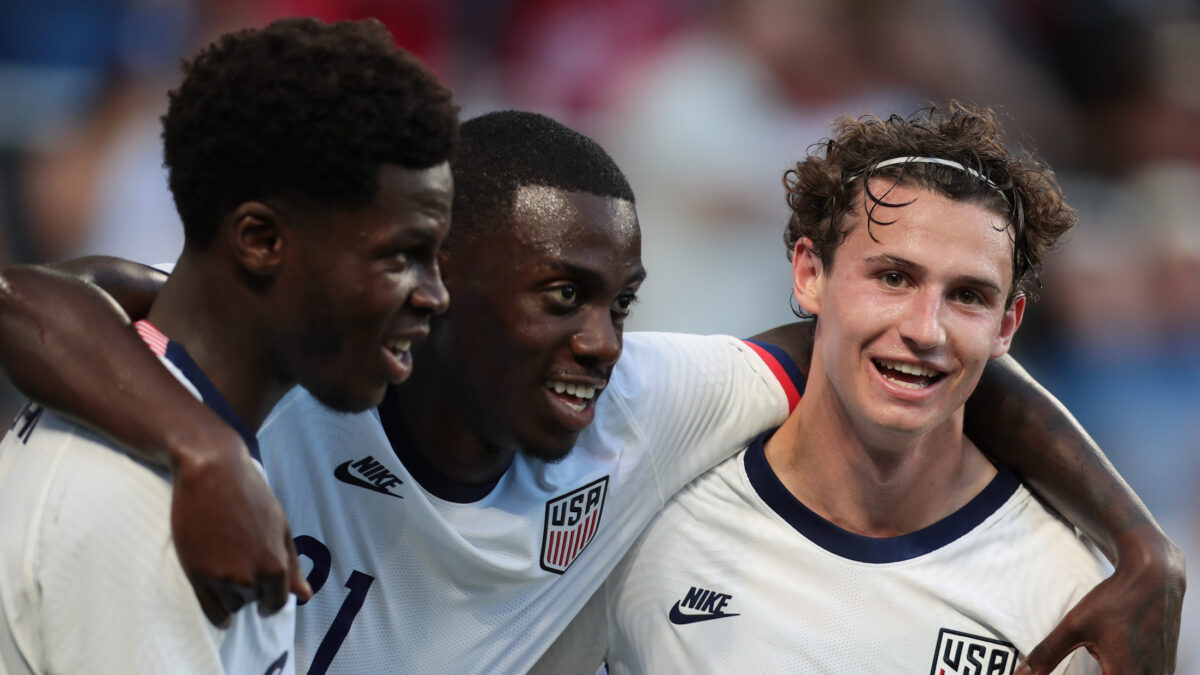 The first step in the U.S. men’s national team’s preparations for the 2022 World Cup was a successful one, and even though we are still six months away from the Americans kicking things off in Qatar, Wednesday’s performance gave USA fans reason to feel optimistic.

First-half goals from Brenden Aaronson and Tim Weah held up with the help of some stellar saves from Matt Turner in a 3-0 victory against fellow World Cup participant Morocco at TQL Stadium on Wednesday night.

The Americans opened the scoring in the 26th minute on a beautiful sequence orchestrated by Christian Pulisic, who collected a perfect long pass from Walker Zimmerman with a deft touch, then maneuvered to his left to deliver a pass to a wide-open Aaronson for the easy finish.

Weah doubled the lead just six minutes later when he unleashed a left-footed blast past Yassine Bounou from 20 yards out, leaving the Sevilla goalkeeper helpless to stop the right-footed shot.

Turner made the most of his chance to start in place of Zack Steffen — who withdrew from USMNT camp due to family reasons — by making a handful of top-notch saves. The Arsenal-bound goalkeeper finished the night with seven saves in recording his 12 national team shutout.

Gregg Berhalter gave USMNT debuts to three players, including Haji Wright, who marked his debut with a goal after converting a penalty kick drawn by Pulisic in the 64th minute.

Joe Scally and Malik Tillman also made their national team debuts, with Scally coming on at halftime and Tillman entering in the 65th minute.

The Americans will now head to Kansas City, where they will face Uruguay at Children’s Mercy Park on Sunday, before playing their final home game before the World Cup on June 10 in Austin, Texas against Grenada in their opening match of the Concacaf Nations League.