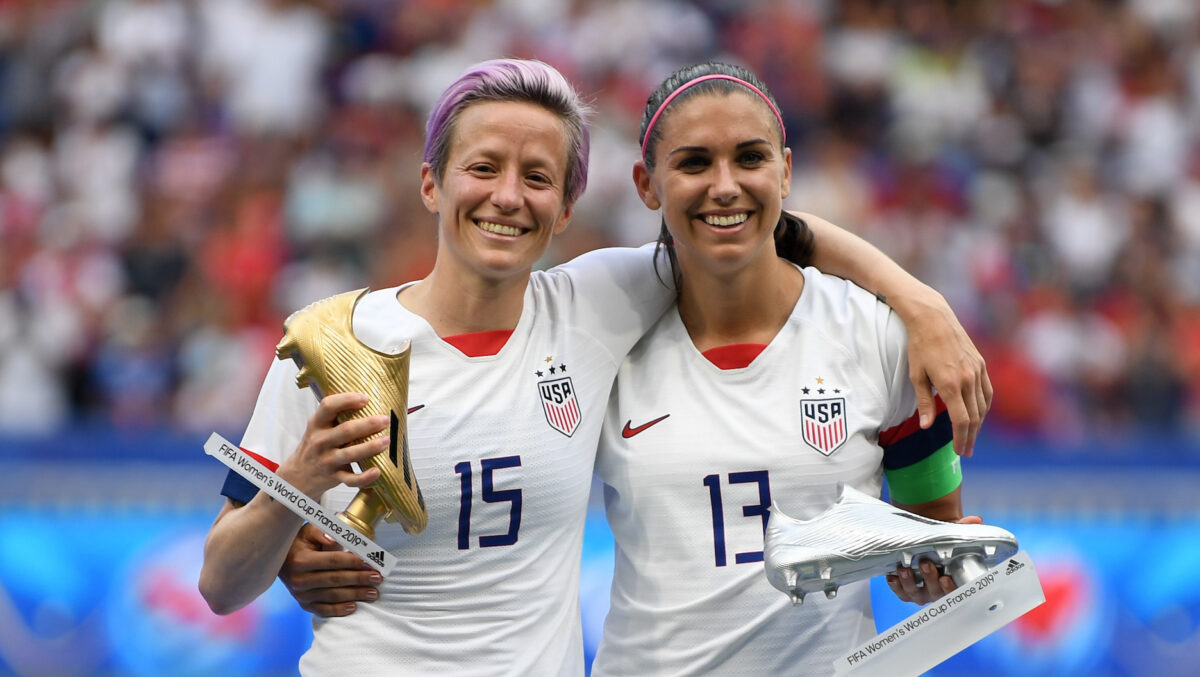 The U.S. women’s national team will look to usher in a new generation of talent with a stiff test in the upcoming Concacaf W Championship, though some familiar stars will still be leading the American charge.

Alex Morgan, Megan Rapinoe and Becky Sauerbrunn are among the big veteran names headlining the 23-player USWNT squad for the Concacaf W Championship in July in Monterrey, Mexico. The tournament will serve as the qualification process for both the 2023 World Cup in Australia and 2024 Olympics in France, making the Concacaf W Championship the most important qualifying tournament the USWNT has ever gone through.

Morgan has had an excellent NWSL season with expansion side and league-leading San Diego Wave. Morgan has notched nine goals in as many appearances which tops the golden boot race as things stand. Rapinoe has yet to start for OL Reign in 2022 and has been playing in a limited capacity while on the mend from a knee injury. Sauerbrunn and Emily Sonnett are also back after batting respective injuries.

They reunite with fellow seniors who have been more active recently. Namely, Alyssa Naeher, Kelley O’Hara, and Rose Lavelle, and will look to balance out the youthful core Andonovski has relied on so far in 2022.

The youth movement is headlined by recent regulars Trinity Rodman, Ashley Sanchez, Alana Cook and Emily Fox, who will all look to continue their rise in their first-ever World Cup qualifying cycle. In the midfield, Morgan’s San Diego teammate Taylor Kornieck is the lone uncapped player to make the 23-woman cut.

Of the notable absences, Catarina Macario, Samantha Mewis, and Abby Dahlkemper’s recent injuries rendered them unavailable along with the pregnancies of Crystal Dunn, Julie Ertz, and Casey Krueger, who USWNT coach Vlatko Andonovski said would have been in consideration.

The USWNT’s Concacaf W campaign kicks off on July 4 against Haiti, followed by Jamaica and Mexico in the group stage. The World Cup bid will be secured by finishing at least second place in the group, which should be an easily manageable task for the twice-defending world champions. The tournament winner secures an automatic berth into the 2024 Olympics, while the second and third-place finishers face each other in an Olympic play-in match, set for 2023.

Here is the full USWNT squad for the Concacaf W Championship: