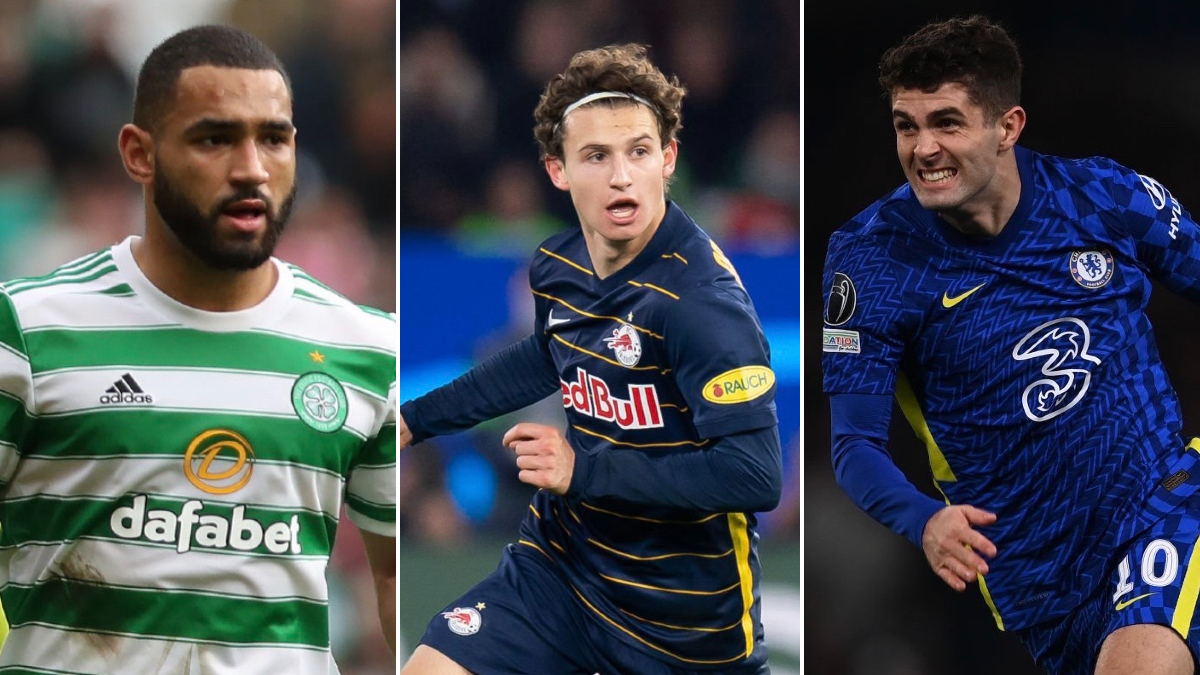 The focus in American soccer circles has shifted from the club season to a busy summer of international action, but it isn’t too late to look back at the Americans who enjoyed the best club campaigns during the past season.

There weren’t quite as many trophies won by the American contingent of players overseas as last year, but there was still plenty of silverware to be had. Brenden Aaronson added another two trophies to his collection at Red Bull Salzburg while the Fulham tandem of Tim Ream and Antonee Robinson helped lead Fulham to the English League Championship title and Tyler Adams lifted the DFB Pokal.

Choosing the Best XI among Americans Abroad wasn’t easy, with a full second team worth of candidates missing the cut despite seasons that would have earned places on the Best XI in years past. Among the top candidates who just missed out are Luca De La Torre, Joe Scally and Sergiño Dest to name a few.

Here are SBI’s selections for the Americans Abroad Best XI for the 2021/2022 season:

The only American goalkeeper in Europe to be a regular first-division starter, Cohen did more than just play games for Maccabi Haifa. He also helped lead the club to a second straight Israeli League title, playing 44 matches to add another title to his resume.

Honorable Mention: Though he was largely a back-up this past season, Horvath stepped into a starting role and performed well for Nottingham Forest when called upon, helping Forest earn promotion to the English Premier League.

The seventh loan for Carter-Vickers away from Tottenham proved to be the breakthrough, as he enjoyed a career year with Celtic, leading the Scottish giants to a league title. Carter-Vickers was named to the Scottish Premier League Best XI and received consideration for Player of the seaso after playing 39 matches in all competitions, scoring a career-high four goals.

Honorable Mention: Though he didn’t have as good a season as the previous one, Dest still did well to fight for and earn starting roles under two different managers. Despite a handful of injury issues, Dest still managed to play 31 matches, amassing more than 2,000 minutes, contributing three assists.

No stranger to helping Fulham earn promotion from the League Championship, Tim Ream took things a step further by helping the Cottagers win a league title while also playing every single match during the season. Ream finished with a whopping 47 matches started and 4,160 minutes played, both highs among all Americans Abroad.

Honorable Mention: Erik Palmer-Brown secured a late loan move to Ligue 1 side Troyes and after overcoming a prolonged fight to break into the lineup he eventually became a staple of Troyes back. Palmer-Brown played 22 matches to help Troyes avoid relegation.

Though his surprising departure from the U.S. men’s national team picture certainly soured the past year for him, John Brooks still managed to put together another Best XI-worthy season as one of the few bright spots in a disappointing season for Wolfsburg. Brooks shook off some early-season struggles to put together a strong campaign, starting 34 matches in all competitions, playing 3,064 minutes, both the most among Americans in top-four European leagues.

Honorable Mention: Chris Richards would have been a contender for the Best XI first team if not for injuries, but those setbacks didn’t keep him from still putting together a solid season on loan with Hoffenheim. Richards played 23 matches in all competitions, notching a goal and assist.

A key figure in Fulham’s run to the English League Championship title, Antonee Robinson enjoyed a career year at Craven Cottage, recording three goals and four assists while playing 37 matches and more than 3,000 minutes. His workload and consistent form for Fulham was made even more impressive when combined with the breakthrough World Cup qualifying campaign he enjoyed with the USMNT.

It was a roller-coaster club season for Tyler Adams at RB Leipzig, from a rough start that cost Jesse Marsch his job, to the team’s run to a top-four finish and first DFB Pokal title, but the USMNT midfielder battled through it all to put together another good season. Adams played 37 matches for Leipzig in all competitions, playing more than 2,000 minutes.

Honorable Mention: Gianluca Busio couldn’t keep Venezia from being relegated from Serie A, but he did earn invaluable experience playing in a top league. He made 23 starts and played 29 matches, compiling nearly 2,000 minutes of playing time, a new career high.

A foot injury cost McKennie most of the final three months of the club season, but that time on the sidelines can’t negate what to that point had been a standout season at Juventus. McKennie earned a regular starting role for Massimiliano Allegri and scored four goals in 29 appearances in all competitions.

Honorable Mention: Luca De La Torre also enjoyed a career year, emerging as one of the few bright spots on a Heracles side that wound up being relegated. He started 32 matches in the Eredvisie, playing 2,775 minutes and performing well enough to earn a return to the USMNT.

As frustrating a season as it might have been for Christian Pulisic at Chelsea due to inconsistent playing time, the USMNT star still put together one of the best seasons among Americans in Europe. Pulisic played 37 matches in all competitions, scoring eight goals and adding four assists.

Honorable Mention: Yunus Musah followed up his breakout 2020-2021 season with a campaign that was very comparable. The USMNT midfielder played in 37 matches in all competitions, helping Valencia to a Top 10 finish and place in the Copa Del Rey final.

It was truly a dream season for Brenden Aaronson at Red Bull Salzburg, featuring another two-trophy domestic haul and an impressive run in the UEFA Champions League. Aaronson was at the forefront of that success, playing 41 times and amassing nearly 3,000 minutes to register four goals and eight assists. The assist total was tops among Americans Abroad.rable

A year after helping Young Boys win the Swiss League title, Pefok delivered a career year for an encore. He scored a whopping 27 goals in all competitions to win the Swiss League golden boot, scoring nearly twice as many goals as any other American in Europe. Pefok also added five assists in compiling 45 matches in all competitions, the second-highest total played, behind only Tim Ream among Americans in Europe.

Honorable Mention: Tim Weah finished the Ligue 1 season in outstanding form, concluding a campaign where he set new career highs in starts, minutes and assists. Weah finished with three goals and four assists in all competitions, playing in 35 matches.

Haji Wright forced a move to the Turkish League in search of better competition and a chance to prove himself and Wright did just that, scoring a career-high 15 goals in 35 matches in all competitions, earning him a place in the Top 10 on the Turkish league scoring charts.

Honorable Mention: Josh Sargent’s first season in the English Premier League didn’t go as he would have wanted, with Norwich City being relegated, but a closer look at the season showed that Sargent earned valuable playing time. He finished with six goals and three assists in all competitions (including two goals for Werder Bremen before his transfer to Norwich City), and played 31 matches.

Which Americans Abroad impressed you the most this season? Who made our Best XI that you feel was most deserving? Who missed the cut that you feel deserved a place?