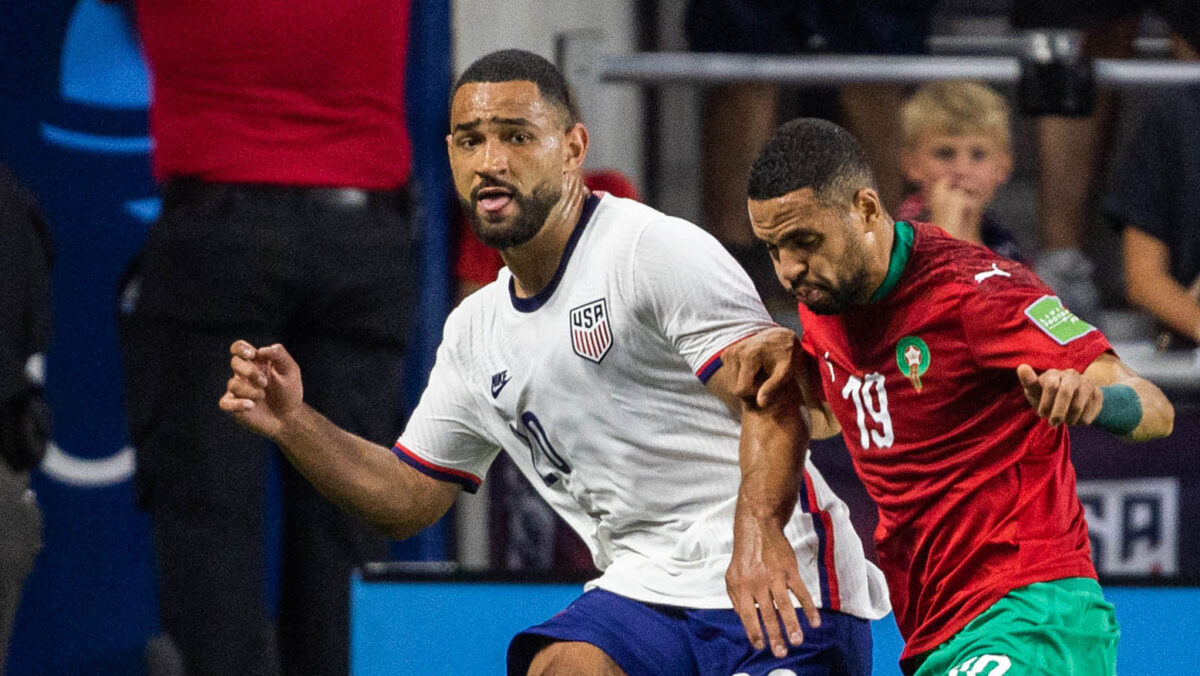 CINCINNATI — Cameron Carter-Vickers is still fairly young at the age of 24, but he finds himself at a career crossroads.

He is coming off a career year, blossoming during a successful season on loan with Celtic and playing well enough to earn a return to the U.S. men’s national team after three years away. The English-born central defender has been on the books at English Premier League side Tottenham since his days in the club’s academy, and has spent the past five seasons being sent out on loan by a Spurs side that has had a carousel of managers who have decided not to make Carter-Vickers part of Tottenham’s plans.

As as result, Carter-Vickers has gone on a revolving door of loans — with seven different clubs — and on almost every occasion he impressed enough to win over fans but not enough to earn a stay at Spurs. His most recent destination, Scottish giants Celtic, gave Carter-Vickers the perfect stage to showcase his improved game and he responded with a season that helped Celtic win a league title while he earned MVP consideration and a place on the Scottish Premier League’s Best XI.

That form has led to an increased level of interest, with multiple Premier League clubs as well as Celtic expressing interest in buying him, and Carter-Vickers is ready for a switch and ready to close the door on his time at Tottenham.

“If I’m being completely honest, I think it’s time for me to move on permanently,” Carter-Vickers said on Tuesday. “As I said earlier, where that will be I’m not too sure yet. But yeah, it has been kind of difficult to keep going out alone, but it’s been good for me as well. I feel I really have improved the player and kind of improved as a person as well.

“In a way, it’s almost fun to kind of have a new challenge every year. That’s something I’ve enjoyed.”

Carter-Vickers admitted to having felt frustration at times when he has been passed over by Tottenham, even after strong stints at Bournemouth and Luton Town, Stoke City and Swansea City. His most recent loan was his most successful, as he flourished playing in the heart of the Celtic defense in manager Ange Postecoglu’s possession-based system.

“I just want to be somewhere playing football where I’m happy,” Carter-Vickers said. “Last season at Celtic I really enjoyed my time here. And, you know, I think as the team we did great, but what will happen in the future I’m not too sure yet.

“Obviously, it’s not just my decision,” Carter-Vickers said. “Celtic, or whoever, has to come to some kind of agreement with Tottenham as well, so it’s not completely in my hands.”

Carter-Vickers standout season at Celtic has earned him his first full USMNT call-up under current coach Gregg Berhalter — though he did take part in an Under-23 camp that Berhalter oversaw in 2019 in conjunction with the USMNT’s pre-Gold Cup preparations. Carter-Vickers did parlay that camp into a single substitute’s appearance against Jamaica in June of 2019, but he spent the next three years waiting for a call back that didn’t come until now.

“I never thought the door was totally closed (on the national team),” Carter-Vickers said. “From my kind of perspective, I just kind of focused on what I can change. And that’s kind of my performance and my club, and I’d like to think for the last two, three seasons I’ve been performing pretty consistently, so. So that’s what I kind of concentrated on.

“It’s been a little difficult to see every time there’s a camp coming up, you’re hoping that you will be selected, but me as a person, I kind of try and focus on the things I can change, that I can affect, and that’s performing well at my club and, and whatever it comes from that, comes from that.”

Carter-Vickers boosted his stock on the national team radar not only by becoming a regular starter for Celtic, but also because of how he thrived in Celtic’s possession-based system, which boded well for him fitting into Berhalter’s system with the USMNT. On Wednesday, Carter-Vickers stepped in as a halftime substitute against Morocco and looked sharp in 45 minutes of action, completing 23 of 26 passes to go with three clearances, two interceptions and two recoveries in the 3-0 win.

“You can see that Cam has a different poise than he had when he was in in 2019, and that’s really good to see,” Berhalter said of Carter-Vickers after Wednesday’s match. “In duels, he looks strong. He’s calm, and that’s what you want from your centerbacks.”

The recent injury to Miles Robinson has left a wide-open competition for spots in Berhalter’s central defense and while in years past Carter-Vickers was seen more as a physical defender who wasn’t necessarily the best passer, his past season with Celtic showed that is distribution is far from a weakness.

“I definitely think that’s an of aspect of my game that I’ve improved, or I’m improving on,” Carter-Vickers said. “Also, like you guys know, I’ve been to various teams over the last few years and it’s not just necessarily my kind of skill set, but it’s also what the manager wants me to do. Some teams I’ve been at the message from the manager has been to go a bit more direct, like this season at Celtic it was all playing out from the back and keeping position.

“So yes, it’s also kind of what system you are in, to show what you can or cannot do.”

Having played for seven different teams over the past six years, under a half-dozen different managers in a variety of systems, Carter-Vickers is ready for some stability. He is aiming to secure a consistent place with the USMNT in 2022 while also putting an end to his revolving club existence.

“That’s something I definitely want now,” Carter-Vickers said. “I’m 24 and I’m getting a bit older. Not just purely from a football side, just from my life. I want to be somewhere where I know I’m going to be there for two, three four years, so I can start making a life for myself.”