Christian Pulisic was skillful, selfless and blunt in leading USMNT to impressive win vs. Morocco 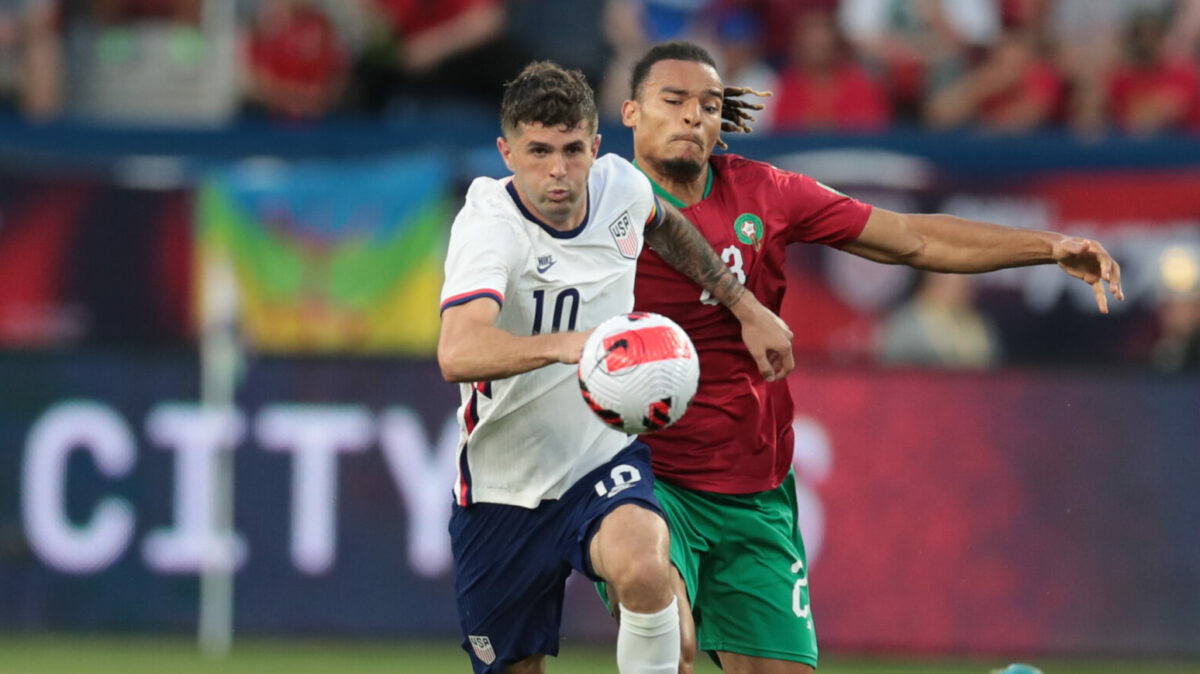 CINCINNATI — Christian Pulisic gave U.S. men’s national team fans reason to be in awe one minute, then a reason to smile with a selfless act the next, and later he capped his night with a harsh assessment of the crowd turnout for the first USMNT match on American soil since the team qualified for the World Cup.

Pulisic stole the show in Wednesday’s 3-0 win over Morocco, with a tantalizing sequence leading to the opening USMNT goal, and later by drawing a penalty kick and proceeding to pass the penalty attempt to old friend and national team debutante Haji Wright, who buried the attempt to cap the night’s scoring and give the American fans in attendance a reason to celebrate.

Then came Pulisic’s post-game comments critical of the attendance at what was one of three remaining home games the Americans will play before the World Cup in Qatar in November.

“I’m not super happy with the amount of Americans here, however that works out, if I’m being completely honest,” Pulisic told ESPN in his post-match interview. “But thanks to the ones who did come, and the support is always great from them.”

While some USMNT fans might have taken umbrage with Pulisic’s criticism, they couldn’t criticize his play on the field, which produced another memorable display at the same stadium where he scored against Mexico in World Cup qualifying last November and followed it up with his memorable ‘Man in the Mirror” goal celebration.

“For us, he was coaches Man of the Match today for the way he led with his intensity, but also his play on the field,” Berhalter said of Pulisic. “Great, great assist to Brenden, A number of other chances, got fouled for the penalty, and I think he had a really strong performance.

“But it’s more than the actions on the field,” Berhalter added. “I think it’s in the intensity in warm-ups that he showed, I mentioned the selflessness of giving Haji the penalty kick in that moment, not needing the spotlight, not needing to score the goal, wanting to put his teammate in a great position. And that’s Christian. When you have leaders like that, you’re lucky.”

As impressive as Pulisic’s selfless gesture was, the moment of the night came earlier, on the opening USMNT goal, when the Chelsea star collected a long-range aerial ball from Walker Zimmerman with a feathery touch before maneuvering past Morocco’s defense to lay off a perfectly-weighted pass to set up a Brenden Aaronson finish.

“That’s what separates really good players from great players, the ability to take the touch, control the ball at high speed,” Berhalter said. “You see when when he touches the ball, it’s right at his foot.

“The ability of players to control the ball at high speed and change direction, high speed with the ball is what really separates players of the next level and Cristian definitely has that,” Berhalter said. “And it was, again, I think he had an excellent performance and plays like that, when he gets fouled for the penalty, and plays like the assist, really separate him.”