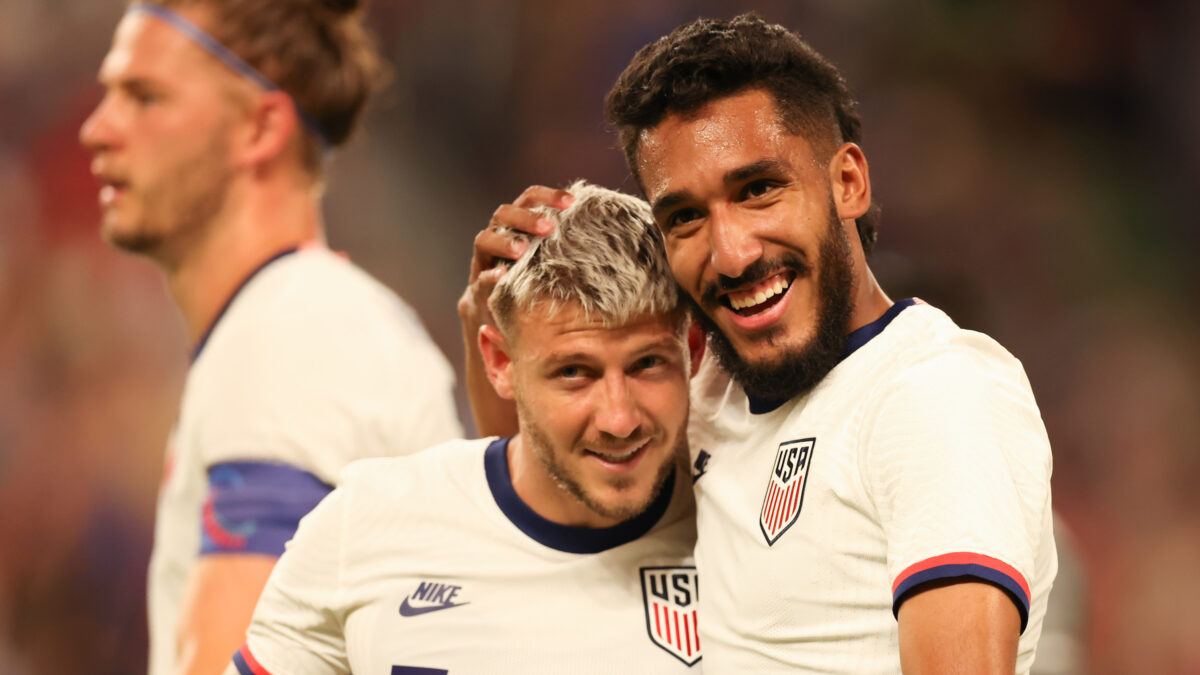 The goals were difficult for Jesus Ferreira and the U.S. men’s national team to find through the first 42 minutes of Friday’s Concacaf Nations League opener against Grenada, but once they finally broke through, the Americans poured it on.

Ferreira scored three goals in a span of 13 match minutes and added a fourth for good measure later in the second half to pace the USMNT to a 5-0 romp over Grenada at Q2 Stadium in Austin, Texas.

The night started disappointingly for the home side as Gregg Berhalter’s juggled lineup played like a team that hadn’t had much game time together as a group. Christian Pulisic and Tyler Adams were left off the squad while regular starters such as Yunus Musah, Tim Weah and Walker Zimmerman began the night on the bench, presenting opportunities for several fringe players hoping to boost their World Cup stock.

Disjointed passing and a general lack of creativity in the first half made it difficult to break down a Grenada side that had plenty of energy early on.

That energy didn’t last though, and the breakthrough came just before halftime, when Ferreira pounced on a deflected Paul Arriola pass and pivoted to his left for a clever finish for the opening goal.

Ferreira missed a golden chance early in the second half and appeared frustrated, but frustration turned into joy in the 54th minute when Arriola delivered a perfect pass to spring Ferreira behind the Grenada defense. The FC Dallas striker converted a calm finish to give the Americans a two-goal cushion and set off celebrations in Austin.

Ferreira completed his hat-trick just two minutes later with the best of his three goals, slotting home a shot from 16 yards out off a short corner kick delivered by Kellyn Acosta which found him unmarked in the penalty area.

Ferreira made it 5-0 in the 78th minute when he tapped home a perfect layoff pass from Brenden Aaronson.

The Americans will now look to close out their four-match run with a win in El Salvador against the same team that held them to a 0-0 draw in San Salvador in World Cup qualifying last September. A win on Tuesday in El Salvador would move the Americans into first place in their Nations League group heading into the conclusion of the group stage, which will be played in 2023.

What did you think of the match? Who impressed you the most? Who endured a disappointing night? Who are you hoping to see start against El Salvador?