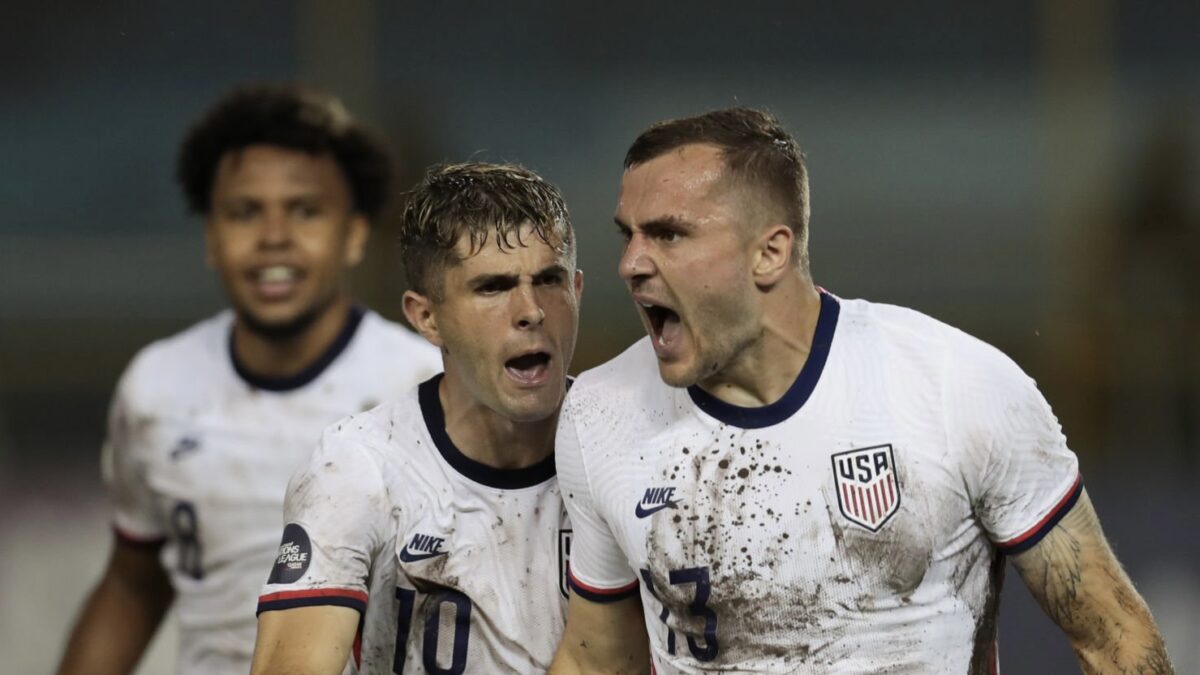 The U.S. men’s national team was staring an ugly road defeat in the face at Estadio Cuscatlan on Tuesday night, but an inspired second-half and stoppage-time equalizer helped Gregg Berhalter’s side earn a precious road point and give his young team a positive ending to a busy June window.

Jordan Morris came off of the bench to deliver the equalizing goal as the 10-men USMNT earned a 1-1 draw with El Salvador in rainy conditions at Estadio Cuscatlan. Hugo Perez’s side took a shock lead just before halftime, but El Salvador conceded in the 90th minute as the Americans solidified their standing as group favorites when the final group-stage matches are played in 2023.

Morris was substituted on late in the second half with the USMNT chasing an equalizing goal and after watching several teammates be denied by El Salvador goalkeeper Mario Gonzalez, the Seattle Sounders forward delivered the tying goal. Luca De La Torre’s cross following a corner kick was headed home by Morris, giving the visitors a late equalizer after a night mainly filled with frustration.

The USMNT was put under pressure in the first half by El Salvador and conceded 10 minutes from halftime with Alexander Larin supplying the opening goal. Larin’s wicked shot from the right wing caught USMNT goalkeeper Ethan Horvath by surprise, sneaking into the roof of the net as Horvath watched in disbelief.

After conceding before halftime, the USMNT picked up its pressure in the second half with Mario Gonzalez being tested on several occasions. Gonzalez denied Yunus Musah’s shot in the 59th minute after the Valencia midfielder singlehandedly raced upfield in possession before being set up by Timothy Weah.

Things looked bleak for the USMNT with 20 minutes to go as Paul Arriola was sent off just nine minutes after coming onto the field. Arriola was given a straight red card for a lounging challenge on Larin inside of the El Salvador box, forcing the Americans to dig deep.

However, El Salvador was reduced to 10 men themselves in the 79th minute as Ronald Rodriguez was ejected after hauling down Musah on a USMNT counterattack opportunity. Gonzalez kept Musah at bay just moments later, punching away his free kick attempt which seemed set to find the top-left corner.

The USMNT now enters a two-and-a-half month break before playing a pair of friendlies in September in what will be the team’s final tune-up matches before the World Cup kicks off in November in Qatar.