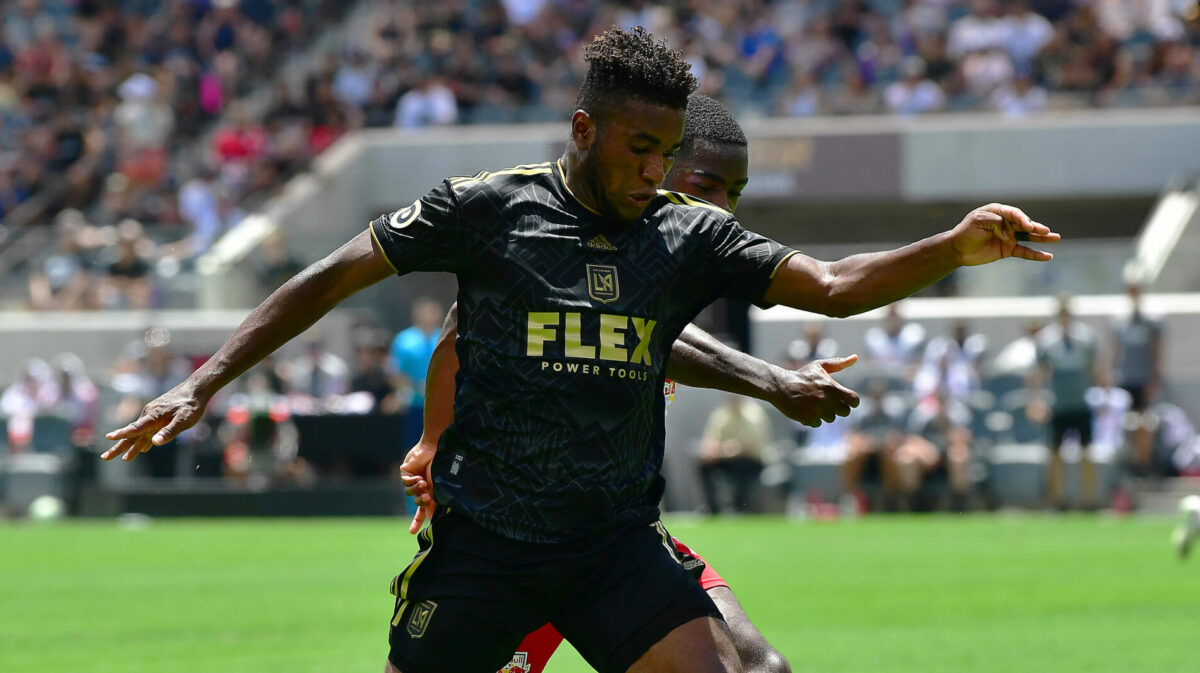 A great performance in the weekend’s biggest game from Los Angeles FC, a clutch performance from super-sub Indiana Vassilev and a late winner for Toronto FC provided the high points of the weekend in Week 16 of MLS.

Vassilev had not made much of an impact with Inter Miami until Saturday night, when he entered as an 83rd-minute substitute and scored two late goals to lead a comeback over Minnesota United. Vassilev’s heroics have the Herons creeping up to the playoff line at eighth place in the Eastern Conference

LAFC used a pair of second-half goals to remain top of the MLS standings after defeating the New York Red Bulls 2-0 at Banc of California Stadium. Cristian Arango continued his hot run of form for Steve Cherundolo’s squad while Diego Palacios netted his first league goal for the club.

Finally, the weekend’s best goal came in the 78th minute of Toronto FC’s 2-1 win over Atlanta United. Ralph Priso, a 19-year-old breaking into Bob Bradley’s lineup, found plenty of space to knock the ball into the top left corner from the top of the box.

Here are the top moments from MLS in Week 16.

LAFC struggled in its last major cross-conference matchup, earning a 2-2 draw at home with the Philadelphia Union. That was anything but the case this week, in a 2-0 win over the New York Red Bulls. LAFC threatened the Red Bulls, which have been one of the best road teams in the league, with five shots on goal and two late goals on breakaways from Cristian Arango and Diego Palacios.

LAFC reached four games unbeaten with the win. The Red Bulls managed four shots on goal, but never came terribly close to scoring. Carlos Coronel’s impressive save of a Franco Escobar shot kept LAFC from scoring in the first half, but two goals in two minutes broke the deadlock and gave LAFC three deserved points.

Gareth Bale and Giorgio Chiellini’s arrivals to the club in mid-July will only strengthen a team that already seems to be head-and-shoulders above the rest of MLS. First-year coach Steve Cherundolo has found a way to get the best out of several attacking players, most notably overseeing the emergence of Arango as a key scorer.

Honorable mention for Team of the Week goes to the Philadelphia Union, which handed New York City FC its first loss since April 2 in a match that came with lots of late drama. Cory Burke scored in the final seconds with a deflection for a goal that was initially ruled offside, but overturned after VAR review. The Union won 2-1, and rose to the top of the Eastern Conference in the process.

Indiana Vassilev played the role of game-changer for Inter Miami when he entered as a substitute in the 83rd minute of Saturday’s match vs. Minnesota United. Vassilev, who has been on the fringes of coach Phil Neville’s plans until now, netted two goals to lead Inter Miami to a comeback 2-1 win at DRV PNK Stadium.

Bryce Duke found Vassilev making a smart run across the box for Vassilev’s first goal, which he scored with a powerful first-time shot. Vassilev scored the winner just three minutes later by jumping on a ball that the Loons failed to clear and firing a shot past Loons goalkeeper Dayne St. Clair.

Vassilev, 21, is in his second season with the Herons on loan from Aston Villa. He’s played in seven games in 2022 and made seven starts in 2021.

Honorable mention for Player of the Week goes to Hany Mukhtar, whose two goals against D.C. United lifted Nashville SC to fifth in the Western Conference.

19-year-old Ralph Priso continues to impress for a Toronto FC side that is striving for results with a youthful lineup. Priso found a half-cleared ball rolling toward him at the top of the box in the 78th minute, and finished into the top left corner to earn TFC a win over Atlanta United on Saturday.

Priso’s winning goal was also his first of the 2022 season. He has made three starts for TFC this year, after making seven in 2021 before a season-ending injury disrupted him.