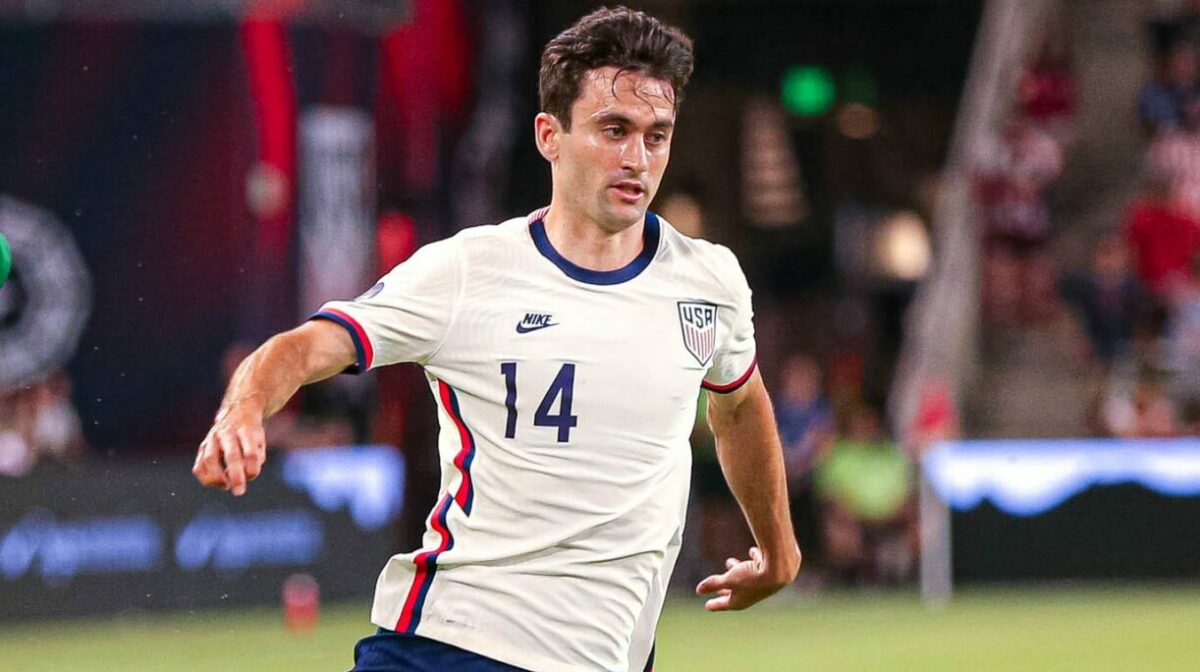 Luca De La Torre may have only started in one of the U.S. men’s national team’s four matches this month, but the American midfielder made sure to leave his mark in a major way as he now heads into an important summer at club level.

De La Torre came off of the bench on Tuesday in El Salvador, delivering the game-tying assist in the USMNT’s 1-1 draw in Concacaf Nations League action. The Heracles midfielder played only nine minutes at Estadio Cuscatlan, but earned his spot on the stat sheet for the second consecutive match, capping off an impactful month for the 24-year-old.

“He’s a guy that is really fitting in with what we are doing and is really carving out his role, whether that is as a starter or a guy that can come off of the bench and impact the game,” USMNT head coach Gregg Berhalter said postmatch about De La Torre. “I think Luca had an excellent camp, a good carry over from a disappointing end to his league season. He really picked it up and performed well.”

De La Torre arrived at camp off of the back of a strong individual campaign for Dutch club Heracles Almelo, totaling a career-high 36 appearances, one goal, two assists, and over 3,000 minutes of action in the Eredivisie. Although Heracles Almelo suffered relegation in a two-legged playoff defeat to Excelsior, De La Torre took major strides in his overall development, earning a new opportunity in the USMNT midfield corps.

De La Torre assisted once in Friday’s 5-0 Nations League opening win over Grenada and followed that up with Tuesday’s showing, with the Americans avoiding a first loss to El Salvador since 1992. Whether it’s starting a match or appearing off of the bench, De La Torre has made the most of his chances in Berhalter’s squad, which has increased his chances of making the USMNT World Cup roster.

“Luca got the ball and I just tried to make a run in the box and he delivered a perfect cross that I was fortunate to be there for,” USMNT goalscorer Jordan Morris said about the goal. “All of the credit goes to Luca because it was a great ball in the box.”

De La Torre now enters a key period of his club career following Heracles’ relegation to the second division. The in-form attacking midfielder reportedly admitted that he has an agreement with Heracles to be transferred later this summer following relegation, which could provide a new opportunity for De La Torre to test himself against stronger competition in one of Europe’s top-five leagues.

Whatever happens with his club situation this summer, De La Torre has done enough with the USMNT to remain part of Berhalter’s plans when the the national team returns to action for its final pre-World Cup tuneup matches in September, and if he can continue to make an impact like he has throughout 2022, De La Torre will only increase his chances of making the World Cup squad.