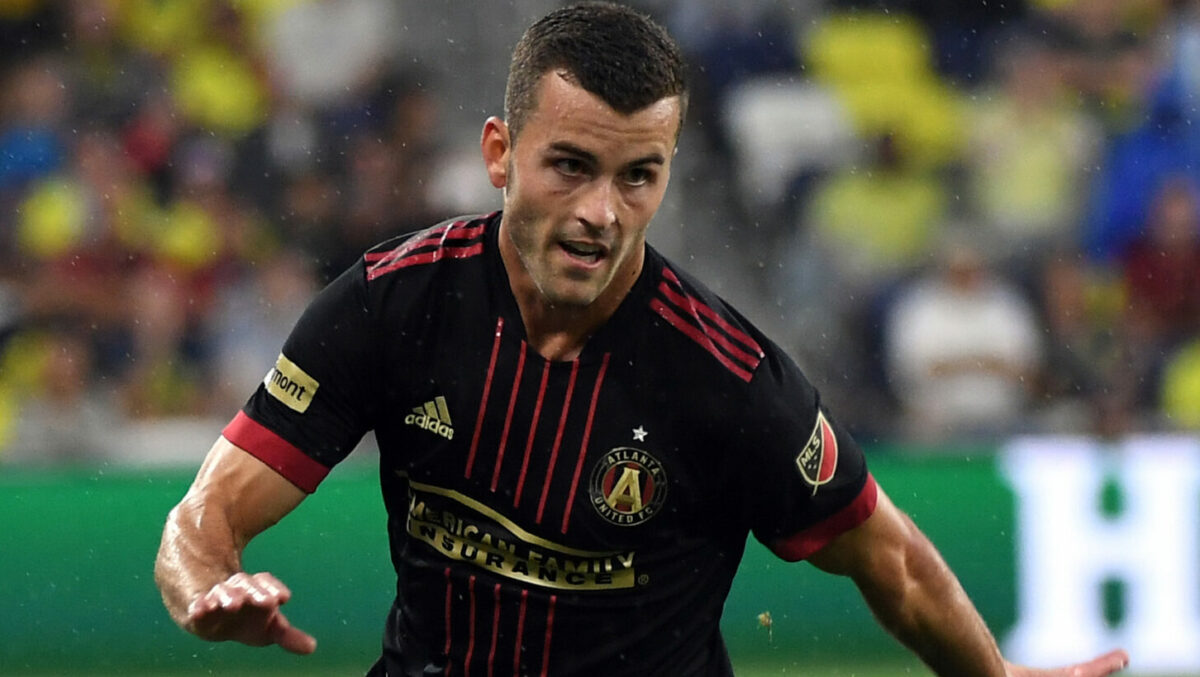 Injuries have hampered Gonzalo Pineda’s first team roster at Atlanta United this season and now the Mexican head coach will have to overcome another key loss in his squad.

Brooks Lennon has been ruled out six-to-eight weeks after suffering an MCL sprain in his left knee, Atlanta United announced Monday. Lennon suffered the injury in pre-match warmups on Saturday prior to kickoff against Toronto FC.

The 24-year-old is in his third season with the Five Stripes after joining from Real Salt Lake ahead of the 2020 MLS campaign. Lennon contributed two goals and two assists in 14 league appearances this season, featuring as a right back in Pineda’s squad.

In total, Lennon has registered 159 combined league appearances in his career.

Lennon is the latest first team starter to suffer a lengthy injury, joining Miles Robinson and Brad Guzan on the sidelines. 23-year-old Aidan McFadden, who made his first team debut for the Five Stripes earlier this season, started on Saturday and is the likely replacement for Lennon at the current moment.

Mikey Ambrose has mainly featured as a left back during his MLS career, but also is an option if needed.

Alan Franco joined Charlotte FC with high expectations for his debut MLS campaign, but the Argentine midfielder won’t get the chance to play out the remainder of his current loan.

Franco has been loaned to Argentinian first division club Talleres for the remainder of the 2022 season, Charlotte FC announced Monday. The 23-year-old joined Charlotte FC from Atletico Mineiro in December 2021 on a one-year loan with an option to buy permanently.

“We thank Alan for his contributions this season for Charlotte FC and wish him well in his career,” said Sporting Director Zoran Krneta. “This move opens up both a senior roster slot and international roster slot as we approach the summer transfer window beginning on July 7.”

The Ecuadoran international totaled 105 senior appearances before joining Charlotte FC ahead of its expansion campaign. Franco did not travel with Charlotte FC for Saturday’s eventual 2-1 loss to CF Montreal.

Charlotte FC has only won two of its past seven matches in all competitions and sits in ninth place in the Eastern Conference.

The 2022 Canadian Championship Final date has been set.

Toronto FC will square off with the Vancouver Whitecaps on July 27 at BC Place in the Final of this year’s competition. It will mark the fifth time that the two MLS clubs have met in the final of the competition, with TFC winning the prior four meetings.

Bob Bradley’s side advanced to the final after defeating Canadian Premier League side HFX Wanderers in the quarterfinals before eliminating CF Montreal in the semifinals. TFC is seeking its ninth Voyageurs Cup trophy.

Vanni Sartini’s side eliminated three CPL sides on their way to the final, ousting Valour FC in the preliminary round, Cavalry FC in the quarterfinals and York United FC in the semifinals. The Whitecaps have only lifted the Canadian Championship once in their history.

Both teams will continue with their MLS regular season schedules before pausing for the Canadian Championship Final in late-July.