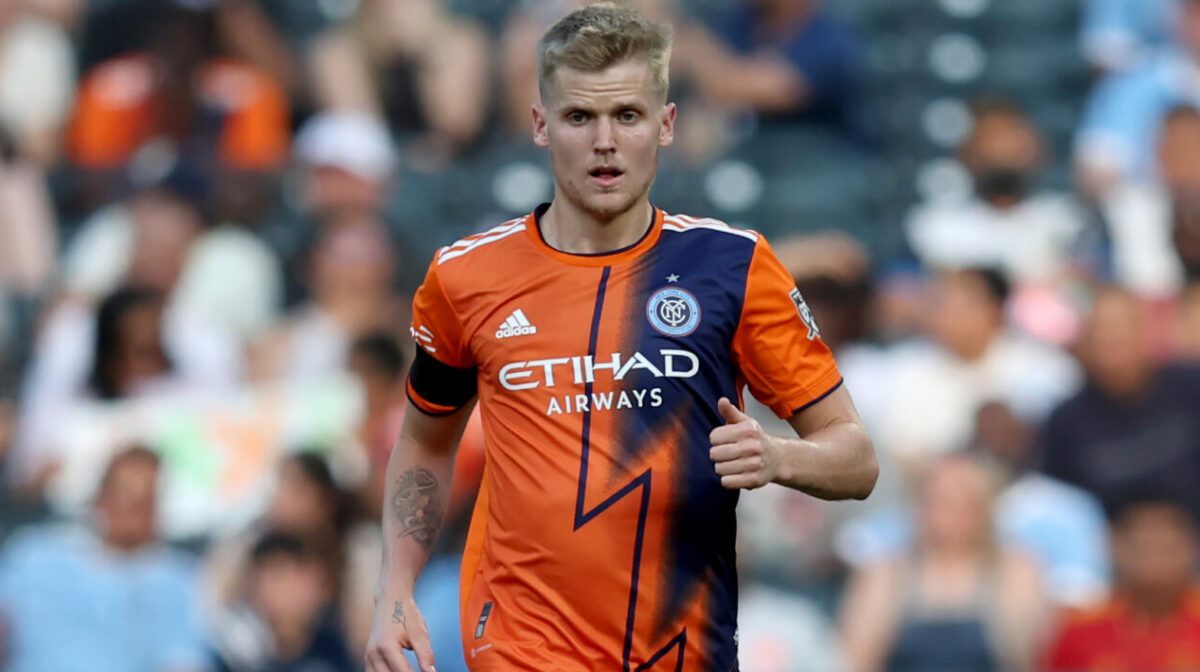 Keaton Parks has remained a key player in New York City FC’s squad this season, but will now be sidelined for the near future.

Parks is set to undergo surgery to remove a blood clot from his popliteal artery in his lower right leg, NYCFC announced Wednesday. The 24-year-old underwent the same procedure last November and will begin rehabilitation following surgery.

“First and foremost, Keaton’s health is our priority and on behalf of everyone at the Club, I’d like to wish him all the best for the surgery and his recovery. We’re obviously extremely disappointed to lose a player of his quality, he’s a fantastic player and very important to the way we play. As we experienced last season, building a deep squad is vital to withstand these types of situations and so naturally, this will provide opportunities for other players.”

Parks has made 22 appearances for NYCFC this season across three different competitions, contributing two goals and one assist. A former player with Portuguese clubs Benfica and Varzim, Parks returned to the United States permanently in 2020.

He’s totaled 90 career appearances with NYCFC and earned one cap with the U.S. men’s national team.

Adrien Hunou was acquired by Minnesota United to lead the offensive line for years to come, but Wednesday marked the end of the striker’s opportunity with the club.

Hunou was transferred to French Ligue 1 side Angers on Wednesday, ending a one-year stay with the Loons. The 28-year-old joined MLS from fellow French club Rennes in April 2021, but  tallied only seven goals and two assists across 35 league appearances.

Hunou only totaled 121 minutes in league action this season, mainly serving as an option off of the bench in Adrian Heath’s squad. His departure opens up a Designated Player spot in the Loons roster.

The Loons are 12th in the Western Conference standings, five points out of the final playoff spot.

Toronto FC added attacking help in the form of Lorenzo Insigne this year and also added defensive depth on Wednesday.

Italian international defender Domenico Criscito signed with TFC on Wednesday through the 2023 MLS season. He will occupy an international roster spot in Bob Bradley’s squad and brings added veteran experience to the group.

“Mimmo is a versatile defender who is a very good passer and a smart player,” said Bradley. “He can play as a left back or a center back and should be an excellent role model for our young players.”

Criscito, 35, will join Toronto FC after spending the past 15 seasons split between Italian club Genoa CFC and Russian side Zenit St. Petersburg. He totaled 498 combined appearances in all competitions between the two European sides, scoring 50 goals and also appearing in the UEFA Champions League.

Criscito joins a TFC defensive corps that has only conceded 19 goals in league play in 2022.

Corentin signed a two-and-a-half-year contract through 2024 with club options for 2025 and 2026, the club announced Wednesday. The 26-year-old has featured as a striker and winger with Ligue 1 side Lens and will occupy an international roster spot in Phil Neville’s squad.

“Corentin Jean is an exciting, technical and dynamic player who will bolster our attack by helping us generate more chances in the final third, contributing mostly from wide areas and giving us more depth up top,” chief soccer officer and sporting director Chris Henderson said in a release. “We believe his quality and experience at the highest levels will strengthen our squad to help us achieve our goals this season and beyond.”

Corentin has spent most of his professional career in his native France, appearing for Troyes, Monaco, Toulouse and Lens. He totaled 37 goals and 21 assists in 249 combined appearances in France.

Inter Miami has relied on Leonardo Campana at the lead striker position this season, with Robert Taylor, Indiana Vassilev, and Ariel Lassiter headlining the other offensive options.