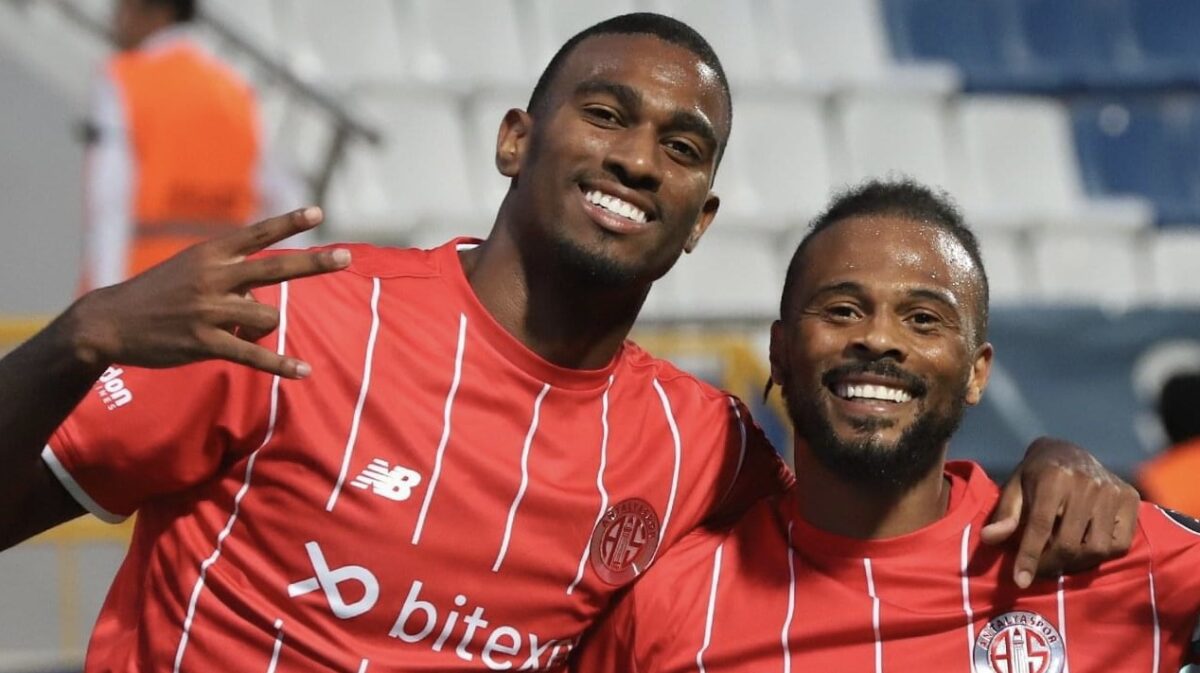 Haji Wright delivered a career-best year in Turkey last season and now is reportedly on the radar of the defending league champions.

Turkish Super Lig side Trabzonspor has targeted Wright for a transfer this summer, Fanatik reported Tuesday. Trabzonspor won the Super Lig last season and will be in the UEFA Champions League group stage later this fall.

Wright, 24, scored 14 goals and added two assists in 31 league appearances for Antalyaspor last season while on loan from Danish club Sonderjyske. Wright has made 37 appearances at Sonderjyske, scoring 13 goals, but isn’t expected to be a part of the club’s long-term plans in the Danish second tier.

His contract at Sonderjyske runs until June 2024, but Wright has also been linked with a permanent move to Antalyaspor as well EFL Championship side Hull City.

The U.S. men’s national team forward enjoyed a first senior call-up under Gregg Berhalter earlier this month due to his stellar season in Turkey. Wright scored on his international debut in a 3-0 friendly win over Morocco on June 1.