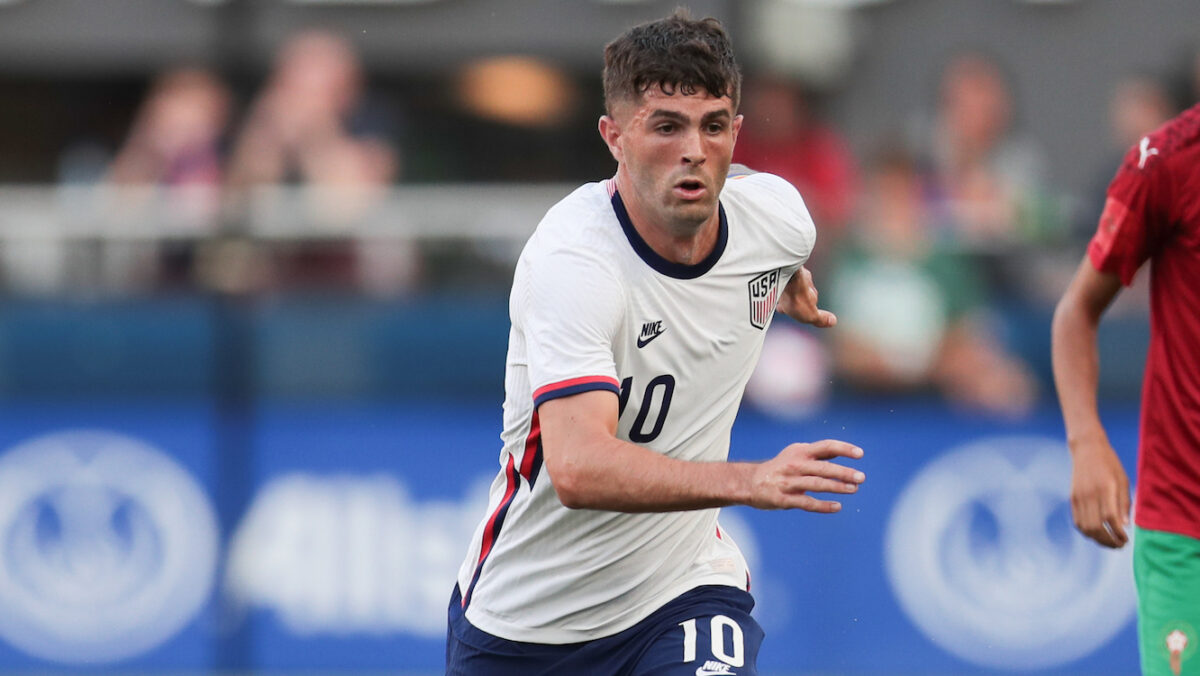 The U.S. men’s national team cruised to a home victory over Morocco on Wednesday night in Cincinnati with Christian Pulisic leading the way with a strong individual performance.

Pulisic registered one assist and also drew a penalty kick opportunity in a 3-0 win over the African visitors. The 23-year-old earned SBI Man of the Match honors after playing a leading role in a victory to kick off the team’s four-game run in June.

Pulisic’s impressive night began in the 26th minute with the Chelsea winger showing great control and ability with the ball at his feet. After tracking down an over-the-top pass from Walker Zimmerman, Pulisic cut onto his left foot before playing a pass forward for Brenden Aaronson to slot past Yassine Bounou.

It was Pulisic’s 11th career assist for the USMNT.

Pulisic continued to play well in the second half, drawing a foul in the penalty Moroccan right back Achraf Hakimi to earn the USMNT a penalty kick in the 63rd minute. Pulisic handed the ball to Haji Wright and watched his former U.S. Under-17 teammate score in his USMNT debut.

Pulisic was substituted off in the 65th minute with the Americans holding on for an important victory in Ohio. The Pennsylvania native lead all players with two fouls drawn, while also winning three of six duels, and completing 92% of his passes.

Matt Turner, Brenden Aaronson, and Tim Weah also impressed in the victory, finishing as honorable mentions in the race for the Man of the Match honors.

What did you think of Pulisic’s performance? Who else do you think impressed in Wednesday’s friendly win?