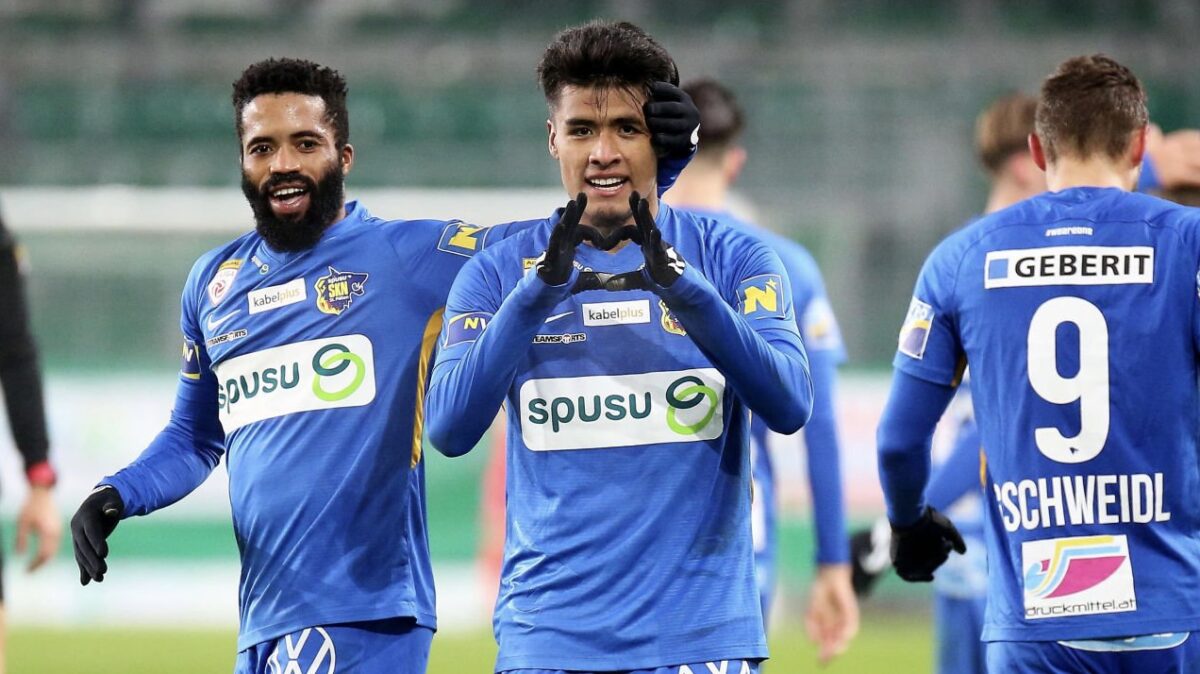 Ulysses Llanez enjoyed a strong loan spell with Austrian club SKN St. Poelten last season and will now return this fall to continue his development as a professional.

Llanez has rejoined St. Poelten on loan for the 2022-23 Austrian second division season, the club announced Friday. The U.S. men’s national team forward was tied for second in the St. Poelten squad last season by scoring six goals in 27 appearances.

He also added five assists as a key player in Stephan Helm’s squad.

“Ulysses has proven his value to the team in many games over the past few months and has shown that he has great potential,” Managing Director Sport Jan Schlaudraff said. “That is why we are very pleased that he has decided to develop with us for another year and to recommend him for higher tasks.”

Llanez, 21, remains under contract with German Bundesliga side Wolfsburg despite still waiting to make his senior debut. A former L.A. Galaxy academy player, Llanez scored 10 goals in 15 appearances for Wolfsburg’s U-19 side before earning a loan spell with Dutch club Heerenveen in 2020.

Llanez has earned three caps with the USMNT, scoring once in his debut during a 1-0 win over Costa Rica.