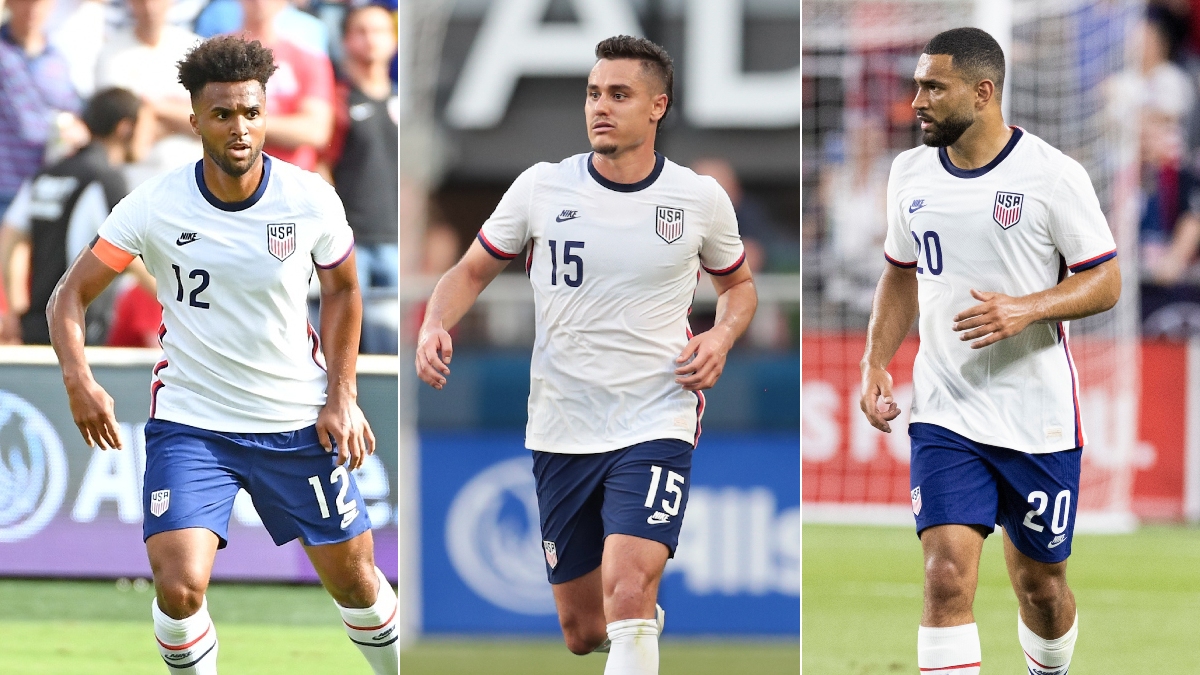 Centerback is one position that Gregg Berhalter will continue to evaluate this summer as the U.S. men’s national team gets set to kick off Concacaf Nations League play and overall a mix of youth and experience helped the Americans earn a second consecutive shutout during their June window.

Walker Zimmerman, Aaron Long, and Erik Palmer-Brown all featured in Sunday’s goalless draw with Uruguay, gaining more experience together as World Cup preparation continues and the USMNT works to make up for the loss of MIles Robinson. The Atlanta United defender had cemented his place as Zimmerman’s partner in the first-choice USA defense, but a torn Achilles has likely ruled him out of the World Cup, opening the door for players such as Long, Chris Richards and Cameron Carter-Vickers to compete for a starting role.

Zimmerman logged 90 minutes as the Nashville SC man continues to grow into a leader for the backline while Long and Palmer-Brown each played 45 minutes each on Sunday.

Against a tougher opponent than Wednesday’s 3-0 win over Morocco, the USMNT did not concede to Uruguay’s dynamic group of attackers, taking valuable lessons from its first head-to-head showdown against a South American side since the 2019 matchup against The Celeste.

“They’re a high level of quality,” Berhalter said about the Uruguay group of forwards. “You know, [Darwin] Nunez is a younger guy with huge potential and is going to be a huge transfer. And he’s had a great season with Benfica and combining him with [Edinson] Cavani from Manchester United, he is a workhorse, a battler, a guy that competes for everything.

“He gets chances like he saw against Mexico and he’s able to finish it,” Berhalter added. “We talked to the center backs about embracing that challenge, enjoying the challenge. It’s not often that you get to play against guys of that quality. And I think they did a really good job. And you know, it wasn’t easy. I think when Cavani came in, he gave us some even more problems, but they hung in there and they battled.”

Zimmerman earned his 30th international cap for the USMNT and overall made his seventh start in 2022 across all competitions. The veteran center back won seven of 10 duels, made four clearances, and won two of his three tackle attempts. Zimmerman and Long both frustrated Darwin Nunez and Maxi Gomez, reducing the attacking duo to only one shot on goal in their time on the field.

Long recently returned to action in 2022 after suffering a serious Achilles injury last season, but is slowly getting back to his best for club and country. His familiarity with Zimmerman is also a plus, with both players undertaking a leadership role for their MLS clubs and continuing to work together in the USMNT backline.

“Aaron is a guy that I’m always comfortable playing with, we have a great friendship and relationship on and off the field,” Zimmerman said. “There really is a chemistry there. And I think a lot of that comes down to the face we both organize and talk through a lot of situations. The communication is there from both sides, the competitiveness is there from both sides, and we want to make each other look good, we want to make each other perform at the best level that we can.

“So he’s a guy I trust, I’m really proud of the way that he’s come back from his injury, it’s not easy to return from an Achilles injury, let alone return to the international level,” Zimmerman added. “So he’s shown in the past two games, he can keep a zero, he can lead a back line, and I’m happy that he’s back.”

Palmer-Brown, 25, came onto the field in the second half, making three recoveries, as he earned only his second cap since 2018. After impressing during the second half of the Ligue 1 season with Troyes earlier this year, Palmer-Brown made a 10-minute cameo vs. Mexico in World Cup Qualifying before returning to the squad this June. Palmer-Brown made three recoveries in Sunday’s performance, gathering more experience for an important schedule at club and international level.

“We played two games against World Cup opponents and didn’t give up a goal,” Berhalter said. “There are positives to it. The center backs are playing against high quality strikers. And we didn’t give up a goal against them. I thought they had good performances. Erik is in a case where he’s just young, he’s just getting his experience, and it’s difficult for him. But we’ll keep evaluating them. We’ll have time in the Nations League and we’ll keep going. We’ll have time in September, and we’ll see what happens.”

Sunday’s outing against Uruguay will be the highest-ranked opponent the Americans will face this month. Diego Alonso’s side finished third in their World Cup Qualifying group behind fellow South American heavyweights Brazil and Argentina, and was without star striker Luis Suarez for their trip to the United States this month.

Now with winnable matches against Grenada and El Salvador coming up in Nations League play, the goal for the USMNT group of centerbacks will be to keep pitching shutouts and keep growing together as a unit.

“It’s back-to-back opponents that are going to be in the World Cup, top 25 in the world,” Zimmerman said about the friendly results. “We wanted to approach today like a World Cup game, like we needed to get the point to move on out of the group. I thought the approach was good, they had control for 10-15 minutes in each half, which is something I think we can improve on. Ultimately we created some chances for ourselves, we held them to zero goals and it’s a performance we can proud of.”