USMNT gearing up for new challenge vs. Morocco 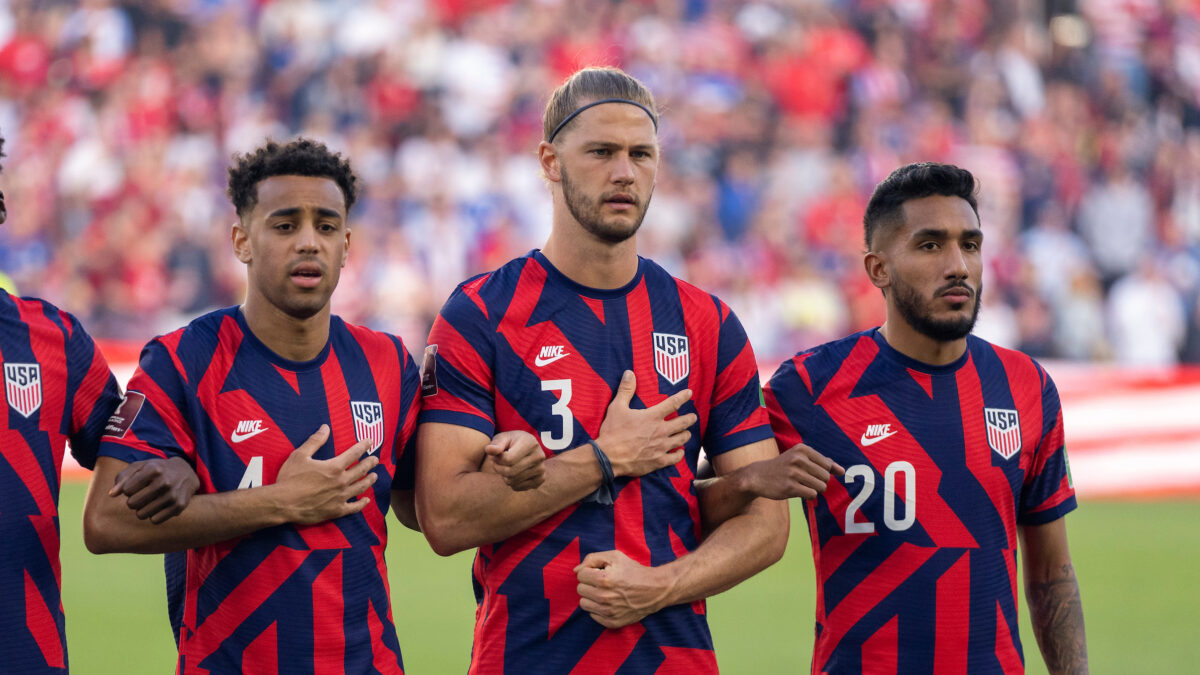 The U.S. men’s national team achieved its goal of qualifying for the 2022 FIFA World Cup earlier this year, but now the busy preparation for Gregg Berhalter and his players begins this week with the first of four exercises against four different types of teams.

The Americans welcome Morocco to TQL Stadium on Wednesday, in the first of four matches over a 13-day span. Although one eye might be on the two Concacaf Nations League matches later this window, the focus remains clear for the current bunch of players to improve together as a unit.

“The experience of playing against two World Cup opponents is going to be important for us,” Berhalter said in a conference call Tuesday. “So we’re going to really have to value that and really compete in those games and see where we stack up.

“But within that, there’s going to be time periods in those games where we have to test players, so we’re gonna make substitutes no matter what the score line is,” Berhalter sais. “We’re not going to play everyone 90 minutes to hang on to a 1-0 lead. You know, it’s just unrealistic at this stage. We can’t do that. We don’t have enough time on the back end to be able to do that. So that’s, I think, one of the compromises.”

Berhalter has called in several of his star talents, including Christian Pulisic, Tyler Adams, and Weston McKennie, but the roster also features three uncapped players and several others hoping to pad their status with the USMNT this summer.

Haji Wright, Malik Tillman, and Joe Scally will all be pushing to make their senior debuts for the USMNT after impressing in different stages of their club careers. Wright finished as one of the top American goalscorers in Europe this season with Turkish side Antalyaspor, Scally enjoyed a breakout debut season with Borussia Moenchengladbach, and Tillman continued his development within Bayern Munich’s system.

“Haji is doing a good job,” Berhalter said. “He had a great season in Turkey and he is looking to continue that form here with us. He’s looked very strong in training so far.”

“That was the duo back in the day, me and Haji,” Pulisic said during a roundtable with reporters in Ohio. “We played a lot of games together in the youth national teams. And it’s cool to have him back in, first of all, seeing him do so well at club level, and having him in here is great. So he’s gonna get his opportunity and yeah, I’m just so excited for him. And I know he’s going to use the opportunity.”

Berhalter confirmed on Tuesday that Matt Turner will start in goal and Aaron Long will partner Walker Zimmerman in the heart of the USMNT backline. Turner has played in each of the last five matches for the New England Revolution after recovering from a foot injury that kept him out over two months.

Both Zimmerman and Long have been stalwarts at club level for Nashville SC and the New York Red Bulls respectively and are the two oldest center backs in the current USMNT roster. Zimmerman played a key role during World Cup Qualifying, while the other center back spot will be fought for by players like Long, Cameron Carter-Vickers, and Erik Palmer-Brown following Miles Robinson’s achilles injury earlier this spring.

It’s another tough decision for Berhalter, but a good to have with many options to choose from.

“Miles played a big part of what we’re doing here over the past few years so it’s certainly a loss and we wish him all the best in his recovery,” Berhalter said. “But it’s another opportunity for the players that are here. We also think highly of Chris Richards who is now with us this camp. Aaron Long has played a lot of minutes with us, Walker has played a lot of minutes with us, it will be good to evaluate Cameron Carter-Vickers and Erik Palmer-Brown.

Since the start of 2021, the USMNT has played in 28 matches across all competitions, with 24 of those coming against Concacaf nations. Morocco will be the first African country to face the USMNT since the Americans faced Ghana in a 2017 friendly, providing a new style of play, new players, and a new system to prepare for.

Morocco rolled past the Democratic Republic of Congo 5-2 in its World Cup Qualifying playoffs back in March, relying on several key leaders including Paris Saint-Germain wingback Achraf Hakimi, Wolverhampton Wanderers defender Romain Saïss, and Sevilla forward Youssef En-Nesyri. The Atlas Lions are also preparing for a tough World Cup group later this fall and will bring a new level of competition to TQL Stadium.

“We finally get to test ourselves against World Cup opponents in Morocco after playing against a lot of Concacaf teams over the past two years, so it’s a really good thing for us,” midfielder Tyler Adams said. “A lot of their players play in the top leagues in the world so it will be a great opportunity to play against guys like Hakimi and other players to see if what we are doing works. I think that’s the best thing you can have.”

“We’re expecting a tough game, I think they have a lot of good individual talent that can hurt you,” Pulisic said. “It’s going to be a good test for us and provide us with a new look of an opponent that we’re likely going to see some similarities in the World Cup.”