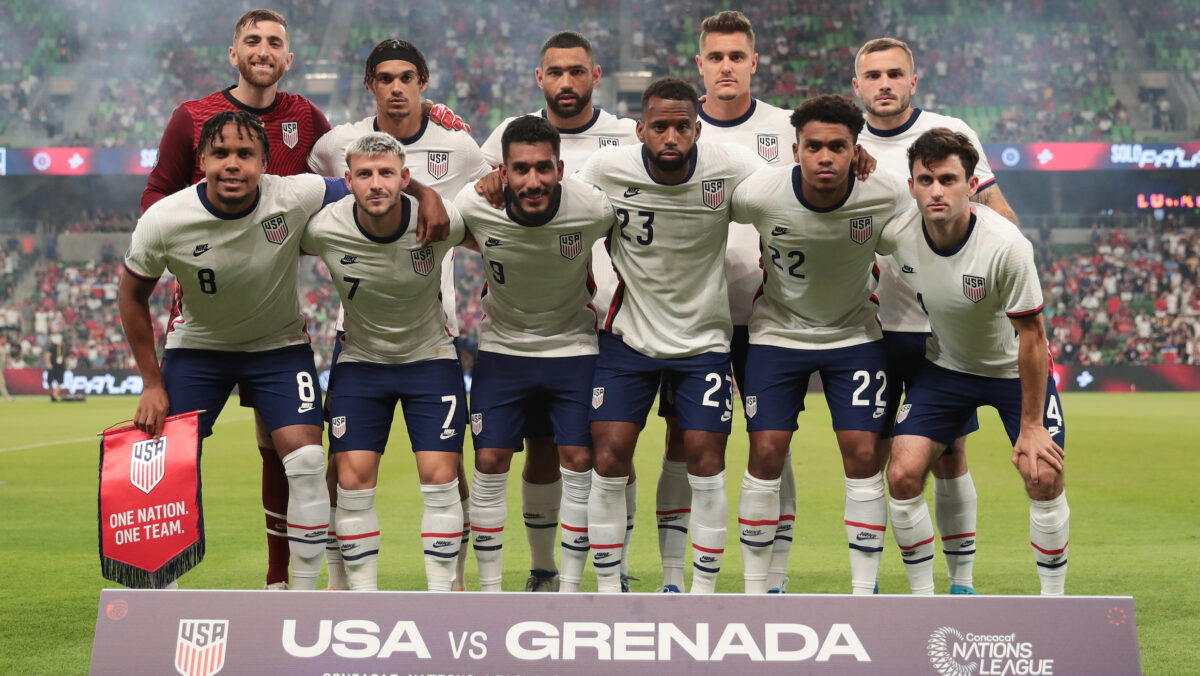 Evaluating a team after handily beating an overmatched opponent is always a tricky proposition. It can be natural to overreact to standout performances, and easy to downgrade anybody who doesn’t shine on a day where one side is so clearly superior to the competition.

Friday’s U.S. men’s national team romp over Grenada is no different, and if anything the 5-0 triumph provided both opportunity to criticize the struggles of a lackluster first half and a chance to heap praise on a four-goal outburst in a dominant second half.

Jesus Ferreira’s four-goal outing, which tied the USMNT record for goals in a single match, grabbed the headlines but it has been far too easy to go overboard with what the display actually means. The “that punches his ticket to Qatar” narrative feels like an overreaction considering we are still five months away from Gregg Berhalter making his final roster decisions, but scoring four goals keeps Ferreira squarely in control of the striker spot.

The win over Grenada told us far more about some other players who had been waiting for their opportunities, such as Luca De La Torre and Cameron Carter-Vickers. Both were excellent and De La Torre was particularly impressive as he clearly made a point to show off the attacking parts of his game. That said, De La Torre has impressed against mediocre to bad Concacaf competition before, so making the jump from “he helped his stock” to “he should be starting in the USMNT midfield” qualifies as an overreaction.

The message here is to not get caught up the big-picture impact of Friday’s win, but rather looking more closely at the ground gained by some players who needed to impress, as well as the missed opportunity for some who are running out of time in their quest to secure their own tickets to Qatar.

With all that in mind, here is a closer look at how USMNT players fared on Friday, with SBI’s Player Ratings vs. Grenada:

Didn’t have much to do and wasn’t really tested, but he did complete all 15 of his passes.

Coming off an illness that kept him out of the lineup against Uruguay, Robinson wasn’t at his sharpest on Friday. He won four of six duels, but contributed little in the attack during his 60-minute shift. Robinson did flash his speed at times to help keep Grenada from finding any looks down his wing.

A steady 45-minute shift from Long, who didn’t face many real threats but did win four of his five duels and completed 33 of his 35 passes.

An impressive 90-minute shift for the Celtic defender, who won a whopping nine of his 10 duels and recorded a game-high five interceptions. He completed 74 passes, second only to Kellyn Acosta for the USMNT.

A modest night for Cannon, who didn’t get very involved in the attack and won just three of his seven duels. He recorded three interceptions during his 90-minute run but overall it was a surprisingly quiet night for him.

Acosta ran the show in midfield, serving as the conduit between the defense and attack. He finished with a game-high 127 touches, 33 more than the next-highest total, and he completed 93 of his 102 passes, including the assist on Ferreira’s hat-trick clincher. Acosta also handled his defensive duties well, finishing with a game-high four tackles and 10 recoveries.

A truly complete performance from De La Torre, who was more aggressive in the attack than in past matches while maintaining a good defensive presence. He finished with three key passes and an excellent assist in Paul Arriola’s goal while contributing a game-high 11 recoveries and completed 58 of 62 passes.

A lively 45-minute shift from McKennie, who was active defensively, and did have one excellent pass to set up Ferreira near the penalty spot in an otherwise modest night offensively. McKennie registered five recoveries and won five duels, while adding three tackles and three interceptions in one half of action. That level of productivity suggests he is close to being back to full speed, which bodes well for the trip to El Salvador.

A largely quiet and ineffective 60-minute shift from Morris, who managed one key pass and one cross. He finished with the fewest touches of any starting field player for the USMNT.

Man of the Match by a mile, but he also deserves credit for shaking off some misses that could have derailed his night. He instead responded by continuing to work and eventually scored three more goals after his toughest period of the night.

Delivered the pass of the night to set up Ferreira’s second goal, then scored his own with an excellent run to finish off a De La Torre dime. Those two plays secured the high grade for Arriola, but they also helped to cover for the fact Arriola struggled in certain areas of his game, including completing just one of five crosses and going 0-for-3 on take-on attempts.

Didn’t get very involved on either side of the game, managing just 10 touches in his 30 minutes and contributing little defensively.

He only played 19 minutes but brought instant energy and had Grenada reeling as the Caribbeans struggled to deal with his energy. Aaronson recorded an assist, completed all 10 of his passes and added two shots.

Tidy 30-minutes for Bello, who recorded two recoveries and one tackle, but offered little getting forward.

Which USMNT players impressed you the most on Friday? Who do you think hurt their case for a World Cup spot the most?