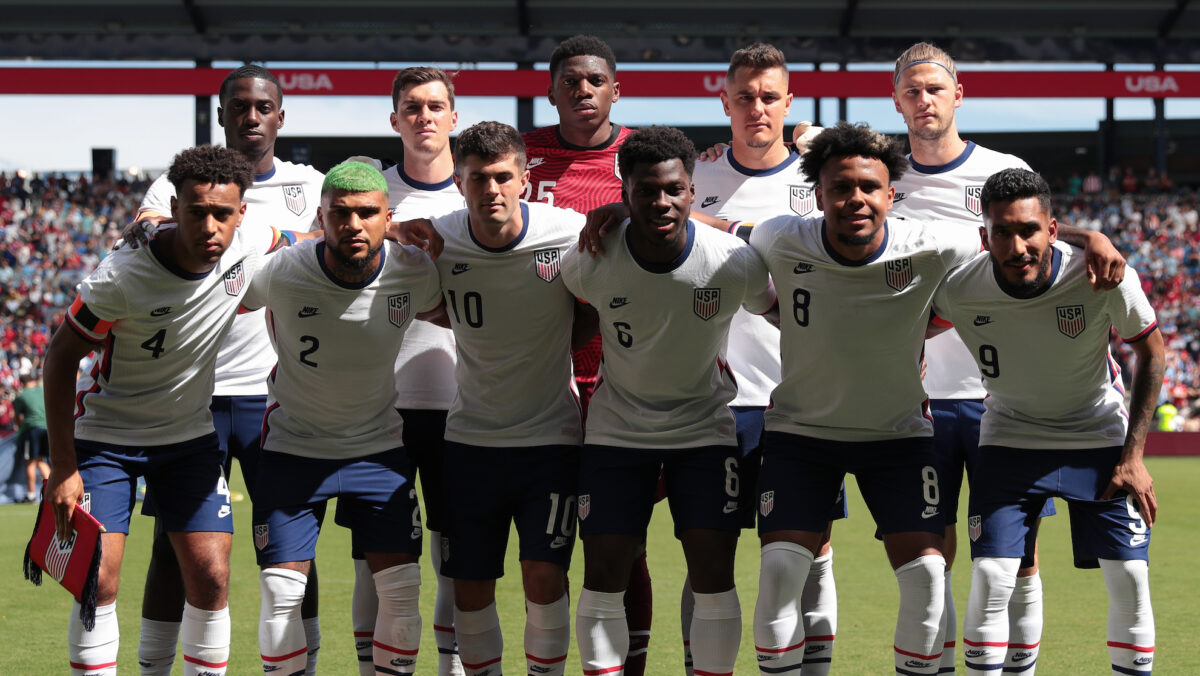 There were no goals, but there were plenty of good lessons learned by the U.S. men’s national team in its 0-0 draw with Uruguay on Sunday.

The toughest test of the USMNT’s four-game stretch of June matches played out as expected, with the South Americans proving to be a defensively sound and savvy team that gave up very little and also did well to test the American defense, which posted a second consecutive shutout against World Cup competition.

That was the good news. If there was bad news it was in the finishing department, where Jesus Ferreira had some good opportunities but failed to convert them, while the rest of the USMNT attack failed to show sharpness in the final third.

Here is a closer look at how USMNT players fared on Sunday against Uruguay:

Strong outing, with three saves in posting a shutout in his first USMNT start in more than two years. Made some good passes out of the back and showed off how much more comfortable he is with the ball at his feet than he was earlier in his career.

Given more freedom to roam forward in a Sergiño Dest-like interpretation of the right back position, Yedlin produced one of the best passes of the day with a cross that Jesus Ferreira should have put on goal. Had some lapses in concentration, both in possession and defensively, but he had a crucial goal-line clearance and contributed four clearances during an active 62-minute shift.

Another strong shift for Zimmerman, who continues to solidify his hold on a starting spot. Flashed his long passing once again, but it was his defensive work, including seven duels won and four clearances, that helped keep Uruguay from posing too many threats. A lapse in possession late in the first half could have cost the USMNT, but overall Zimmerman was solid yet again.

Did the job defensively during his 45 minutes of action, but Long’s passing left something to be desired. Too often he played it safe with his passes, and one of them led directly to an Uruguay threat when it placed Sean Johnson under pressure in possession. He held up well defensively though, which is the part of his game that has him looking like a real candidate to start at the World Cup.

A rough first USMNT start for Scally, who struggled with his positioning and with pressure from Uruguay’s wingers. Scally won just three of his 10 duels, committed three turnovers and was beaten on the dribble twice. Didn’t fare much better when switched to the right side, though he did look more comfortable there.

Another standout shift for Adams, who rose to the challenge of facing a top opponent and helped give the USMNT midfield the stability it needed to stand toe-to-toe with Uruguay.

It felt like McKennie was operating in second gear, but his second gear is as good as some players’ first gear so he still managed to produce three shots and two chances created during his 45 minute shift.

A very good performance for the teenager, who makes things look so easy, whether he’s dribbling through pressure or delivering smart switch passes to spring teammates in space. He finished with two chances created, but is still lacking that ability to create his own shot, which can still develop given he’s just 19.

The bar is set so high for Christian Pulisic that even in a match where it feels like he’s had a snoozer he still racks up stats. Uruguay was an example, as he kept busy and created opportunities despite facing extra attention from Uruguayan defenders. Pulisic finished with four chances created and completed four accurate crosses and

The good news for Ferreira is he put himself into some good positions to score, but the bad news is he didn’t convert them. His movement was good and being able to generate looks against an experienced defense like Uruguay’s shouldn’t be ignored, and Ferreira’s relentless pressing from the front is a part of his game that will keep him in the lineup until and unless another striker emerges who can finish AND provide the defensive work to help the team’s collective press game.

Wasn’t as effective against Uruguay as he was against Morocco, but that was to be expected given the stronger defense he faced. Did produce one threatening moment with a short that forced a block, and he did complete both dribbles he attempted.

Uruguay had the better of the play in the second half after inserting some regular starters, but one USMNT player who rose to meet that challenge is Aaronson, who built on his excellent showing against Morocco with a lively 45 minutes in the second half on Sunday. He won nine of 10 total duels and completed both dribbles he attempted, though Aaronson was unable to create any chances or generate any shots.

Didn’t generate much in the attack during his 45-minute shift but he did provide the defensive work that has become a staple of his game, winning five duels and

A rough homecoming for the former Sporting Kansas City defender, who didn’t win a single duel and was caught out of positions on a few occasions. Completed 24 of 28 passes but did not show the passing range expected of him given his profile as a former central midfielder.

Just four touches and no shots for the young striker, who didn’t find much service during his 29 minutes of action. The good news for Wright is that he should get a chance to start in one of the team’s two Nations League matches.

Tidy 28-minute shift for Robinson, who battled through an illness and completed 13 of 15 passes will contributing three recoveries.

What did you think of the USMNT performance? Who impressed you the most? Who did you come away disappointed with after Sunday’s showing?