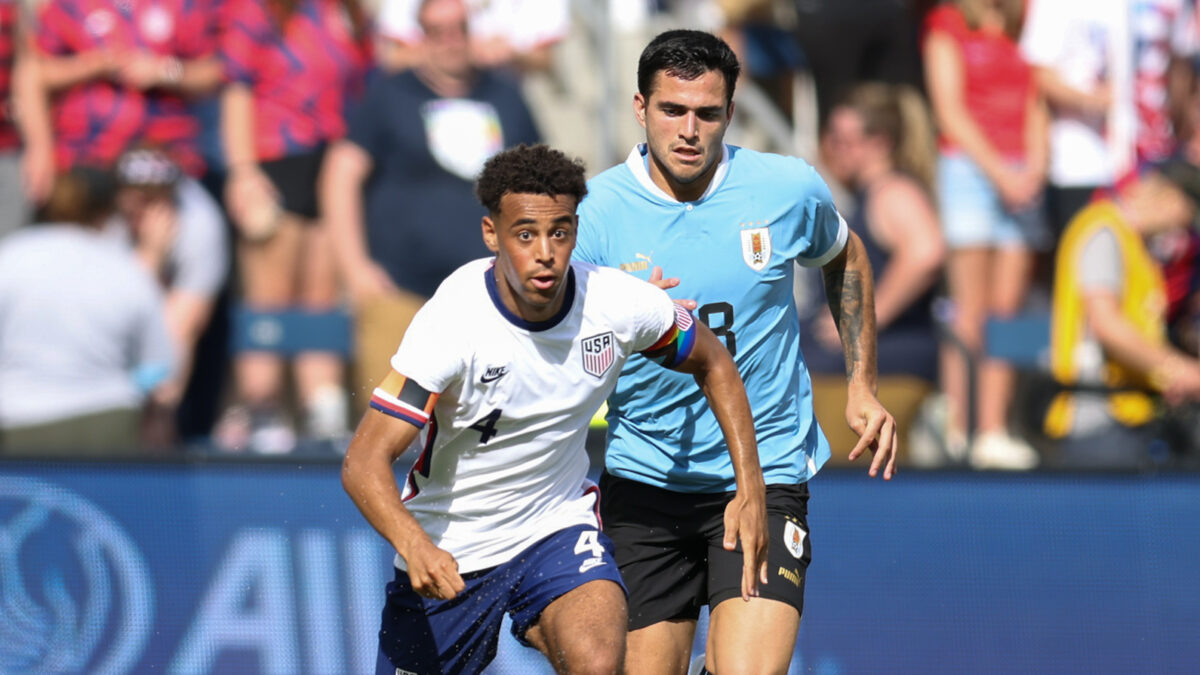 The U.S. men’s national team experienced the challenge of taking on a strong World Cup opponent on Sunday, and was left with a clear reminder of just how demanding the competition will be in Qatar starting in November.

Sean Johnson made three saves in a solid shift in goal, while Walker Zimmerman re-asserted his place as the USMNT’s first-choice centerback, but Gregg Berhalter’s attack failed to convert chances in a 0-0 draw against Uruguay at Children’s Mercy Park on Sunday.

The Americans started slow, with Uruguay’s defensive pressure frustrating the Americans, but eventually the USMNT settled into the match and created some good chances, only to see the opportunities wasted.

Jesus Ferreira forced Fernando Muslera into a tough save after collecting a pass from Christian Pulisic and firing from 15 yards out. Ferreira also had a clear chance one minute later, but he failed to get his header on frame after DeAndre Yedlin picked out his back-post run with a dangerous cross.

Sean Johnson was tested once in the first half as Manuel Ugarte’s high effort in the box was pushed over the crossbar by the NYCFC veteran.

Johnson remained busy in the second half and delivered his best save in the 63rd minute. Mathias Olivera looked destined to score the opening goal after a great cross from Matias Vecino, but the Getafe fullback was left frustrated as Johnson kicked out the effort.

Uruguay came close to grabbing a late victory in stoppage time, but substitute Edinson Cavani missed wide of Johnson’s goal after Nunez stole possession and set up a late chance.

The USMNT returns to action on Friday as it begins defense of the Concacaf Nations League title. The Americans begin group-stage play against Grenada at Q2 Stadium in Austin, Texas.