Americans Abroad Spotlight: Sam Rogers on the rise with Rosenborg 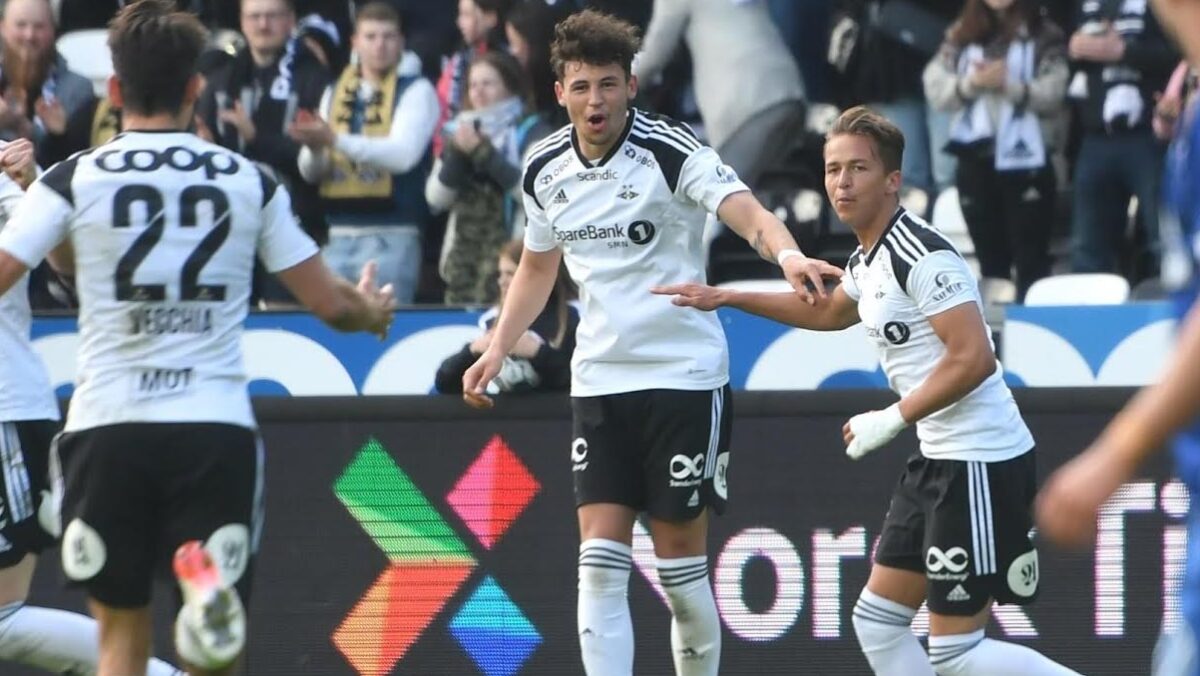 Norwegian club Rosenborg FC has served as the benchmark of the Eliteserien since the league’s creation and American defender Sam Rogers is flying high with his new club as he continues his development abroad.

Rogers is four-and-a-half months into his new role with Rosenborg after earning a transfer to the club from HamKam in February. A former member of the Seattle Sounders academy, Rogers recently scored his first professional hat trick in Rosenborg’s 3-2 league win over Jerv, continuing what has been a strong start to life in Trondheim.

With 12 appearances made, four goals scored, and a starting role under his belt with Rosenborg, the 23-year-old Rogers is full of confidence as he hopes to help Rosenborg compete for league success and a future place back in the UEFA Champions League.

“It was flattering to first hear about Rosenborg’s interest in me and I feel put myself in a good situation for a move after my past performances with HamKam,” Rogers told SBI. “I was really excited to have this opportunity to come here and it’s been great so far. I am proud of what I have been able to do in Norway so far and it’s also been great to have a great set of coaches that knew what I could do at HamKam and to be able to work with them again here.

“Historically this is the biggest club in Norway, they have a lot of great achievements on their resume over the years,” Rogers added. “The city is great, the staff is great, they helped me get settled right away and you can see on the field the amount of effort that goes into getting back to making this club successful again. It’s a great place to be and I think it’s a great time for me overall.”

Rosenborg is currently four years removed from winning its league-record 26th title and is fighting to get back into the limelight of Norwegian success. Prior to Rogers’ arrival in February, Rosenborg had also failed to qualify for European competitions in each of the past two seasons, watching as both Bodo/Glimt and Molde lifted trophies over the traditional heavyweights.

Rogers has helped Kjetil Rekdal’s side to a current fifth place spot in the Eliteserien through 13 matches played, while also starting in two of Rosenborg’s three NM-Cup victories to date. It’s been a smooth transition for the American centerback, who has high expectations for the current Rosenborg squad.

“Rosenborg is a club that has won many league titles and featured in the Champions League on several occasions, so that is something we are striving to get back to,” Rogers said. “Lillestrom had a great season last year, but the big clubs are starting to make their way back into the conversation. The goal for us is to improve on our finish from last season and to try and get back into Europe and contending for trophies.

“There is a younger squad and a lot of new coaches, so the club has been in a bit of a transition, but we still want to be competing in every match and in every competition,” Rogers said. I think if we are able to play to our ability and improve on our standing from last season, then we will be where we want to be.”

Rogers’ roots originated from the USL after previously developing in the Sounders academy. Rogers totaled 76 combined appearances between the Tacoma Defiance and OKC Energy, earning an opportunity to play consistently as a young defender.

He also earned the chance to win the Concacaf U-20 Championship under former U.S. Under-20 men’s national team head coach Tab Ramos, working with several current European players including Sergino Dest and Chris Richards. Rogers has since moved on from his days in the USL and U.S. Youth national team set-up, but credits those moments for shaping him into the player and person he is today.

“I think the expectations and standards that were put on me helped me become who I am today,” Rogers said. “When I was in Seattle, in that environment, it helped me focus on myself and it allowed me to overcome a lot of adversity. I was able to be mentally strong and utilize those moments to my advantage and I think that has benefitted me as a player here in Europe.

“The time with the U.S. U-20’s was with a really talented group of players and it really provided me an opportunity to challenge myself,” Rogers said. “You are with the best of your age group in the county and it makes you think you belong here, playing with the best and training with the best. I think that tournament itself was about sticking with it when things might not have been going my way and it has definitely helped me prepare high goals for myself at club level. It’s always nice to look back and see videos or photos of that team and that tournament.”

After making the move from the United States to Norway, Rogers has continued striving forward as a player, opening the door for future American players to test their luck in the Eliteserien someday. His jump from HamKam to Rosenborg is a testament to Rogers’ continued work ethic and self-belief as he aims to play a leading role in the club’s turnaround in domestic competitions.

While many current American players have continued to move to some of Europe’s top leagues, Rogers backs his own professional route and supports the Norwegian leagues as a great place to fine-tune your craft as a player.

“My goal was to always come to Europe and I’ve noticed in my time here that if you perform well, teams will notice you,” Rogers said. “If you come to Norway as an example and perform well, you could have a chance to get to some of the top European leagues. I’ve been able to play in a good respectable league and the winner here moves on to European competitions. I think it’s a great stepping stone for young guys to show their talent in these leagues. I believe things happen for the players that perform and I’ve seen it happen firsthand.”