Emanuel Reynoso, NYCFC headline the Best of MLS for Week 20 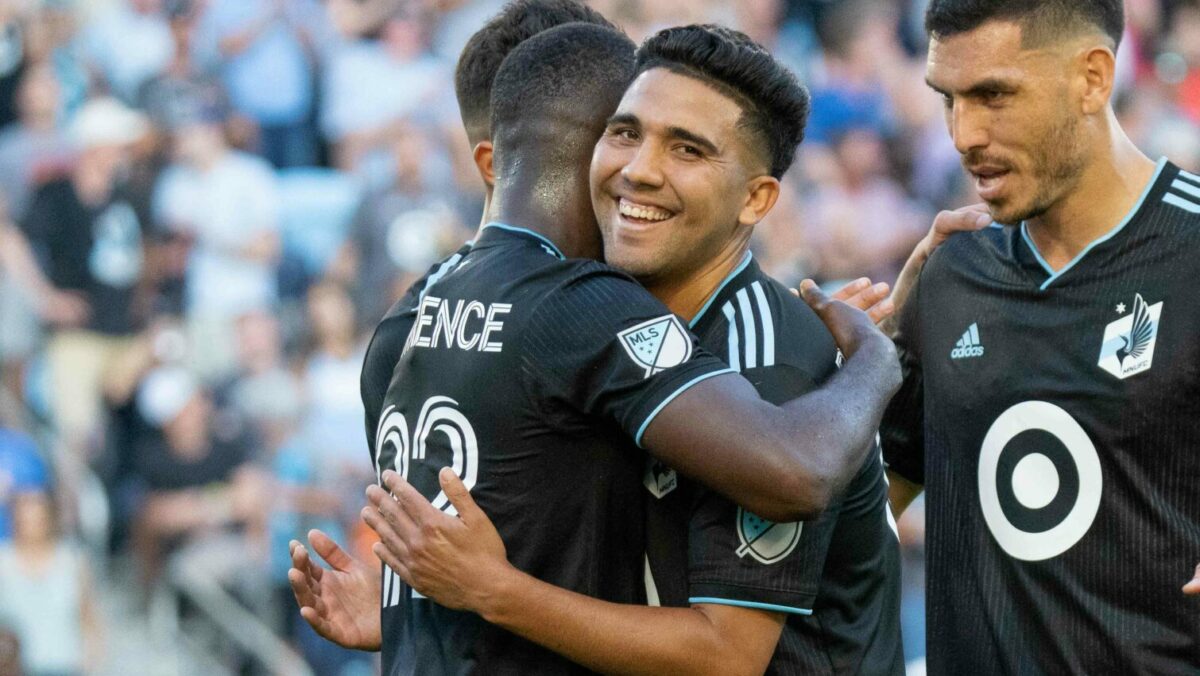 Emanuel Reynoso has been key for Minnesota United this season and Saturday’s latest gem from the Argentine helped the Loons continue their current winning run at home.

Reynoso scored twice in the Loons 2-0 home win over D.C. United, continuing what has been an MVP-caliber year for the veteran playmaker. Reynoso now has nine goals and five assists this season, as Minnesota United continues to reap the rewards from its Designated Player.

New York City FC went into Red Bull Arena on Sunday and walked away with a convincing Hudson River Derby victory, downing the Red Bulls 1-0. Valentin Castellanos’ hot run of goalscoring form continued as the Argentine netted his 13th league goal in the victory. A strong defensive performance was also on display by NYCFC as the Eastern Conference club claimed a third-straight win in the past eight days.

Here is a closer look at the Best of MLS in Week 20:

Emanuel Reynoso’s role in Minnesota United’s squad continued Saturday with the 26-year-old playing the hero in an important home win over D.C. United.

Reynoso scored twice in a 2-0 triumph over D.C. United, continuing what has been a sensational summer for the playmaking midfielder. Reynoso now has six goals and one assist in his last five appearances, with the Loons positing a 4-0-1 record during that span.

Adrian Heath’s side are now up to fourth place in the Western Conference and will rely on Reynoso as the busy summer schedule continues on July 23.

Reynoso’s stellar day helped him beat out Lucas Zelarayan, Jonathan Lewis, and Gregore for Player of the Week honors.

NYCFC’s victory at Red Bull Arena was the defending MLS Cup winners first since June 2017, as Nick Cushing’s side remained in touching distance of first place in the Eastern Conference.

Sean Johnson made four saves to preserve a second-straight shutout for NYCFC, while Santiago Rodriguez and Valentin Castellanos connected for the winning goal in the second half. Alfredo Morales, Tayvon Gray, and Alexander Callens all excelled defensively for NYCFC, as the visitors frustrated the Red Bulls for 90 minutes.

The Colorado Rapids, Inter Miami, and Philadelphia Union were also worthy of consideration for their victories.

Mauricio Pereyra’s missile of a free kick finish helped Orlando City earn one point in its trip to Atlanta United on Sunday.

Pereyra’s left-footed strike stunned the Five Stripes’ faithful at Mercedes-Benz Stadium, leaving Atlanta United goalkeeper Rocco Rios Novo to watch his shot nestle into the top-left corner. Pereyra has been one of Oscar Pareja’s top players in 2022 and his sensational goal helped him earn SBI’s Goal of the Week honor.