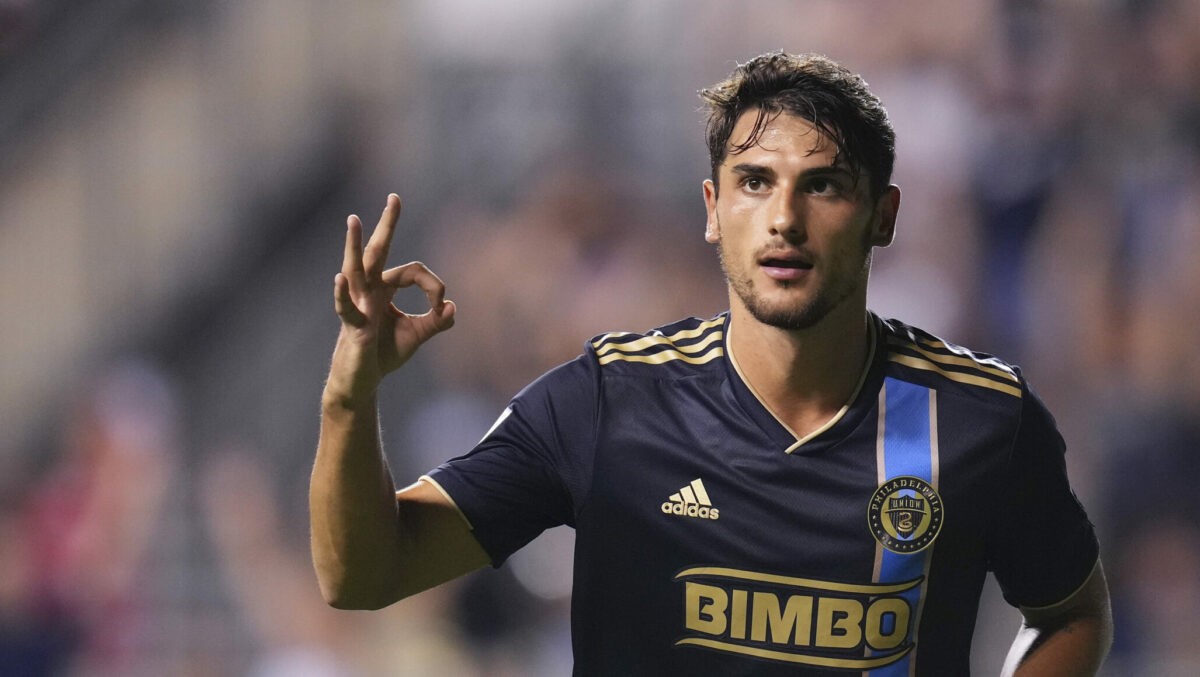 A hat trick from Julian Carranza in the most lopsided win of the 2022 MLS season, an outstanding team performance from Charlotte FC and a number of impressive goals highlight the top moments in MLS this week.

The Union shook off some of its inconsistency in recent weeks to wreak havoc on D.C. United. Alejandro Bedoya and Mikael Uhre each had two goals, but it was Julian Carranza who popped up as the Union’s top player. A spectacular bicycle kick goal and two more clean finishes made it a memorable night for the Inter Miami loanee.

Here are the top moments from Week 19.

Julian Carranza’s hat trick in the Union’s 7-0 demolition of D.C. United had everything: a spectacular bicycle kick, a sweet touch to turn the ball in and a clean slotted finish. The 22-year-old brought his goal total to seven with the hat trick.

Carranza could have had another goal in the 70th minute, but his penalty kick was saved by D.C. United goalkeeper Rafael Romo. However, Carranza came back just two minutes later to finish off a pass from Cory Burke.

The Union remain in the hunt for the Eastern Conference lead, but dropped points had been an issue over the past two months. Carranza’s impact on the attack has been noticeable so far in 2022, with Friday’s hat trick and an equalizer he scored at Los Angeles FC in May.

Charlotte FC continues to surprise plenty of people in its first season. Christian Lattanzio’s side is above the playoff line at the moment, and can take plenty of confidence moving ahead from a 4-1 win over Nashville SC.

Charlotte FC found an early lead with a converted penalty kick, then raised its level in the second half. Karol Swiderski headed in his fifth goal of the season in the 61st minute. A penalty kick conceded by Charlotte and scored by Hany Mukhtar didn’t slow down the attack. Ben Bender continued to show he’s one of the top rookies in MLS, supplying a cross to Sergio Ruiz for an 89th-minute goal. Andre Shinyashiki tacked on another in stoppage time for his fifth goal since joining Charlotte FC in a mid-season trade.

Nashville, known for its stout back line, has given up three or more goals only three times this season. Charlotte found success on the wings, with Yordy Reyna and Kamil Jozwiak bursting forward. Left back Christian Fuchs scored a penalty kick and enjoyed a strong performance in defense.

Sporting Kansas City earned three points over CF Montreal at Stade Saputo thanks in part to an incredible strike for Roger Espinoza. Espinoza rarely scores — he has 12 goals in 13 MLS seasons — but he will remember this one.

Espinoza started the play by blocking a long ball from Montreal’s Romell Quioto with his back. Espinoza beared down on Quioto as he retreated, and picked the ball away from him with one touch. With the next touch, Espinoza fired a shot with Quioto and Samuel Piette closing in. Montreal goalkeeper Sebastian Breza could certainly have been in better position as the ball flew over his head, but Espinoza’s strike was impressive given the defensive pressure and time necessary to launch the shot.

Honorable mention for Goal of the Week goes to Carranza’s bicycle kick and a sweet shot from Luis Amarilla to put Minnesota United ahead of the Vancouver Whitecaps. Amarilla found plenty of open space and his shot knuckled in front of Whitecaps goalkeeper Cody Cropper.