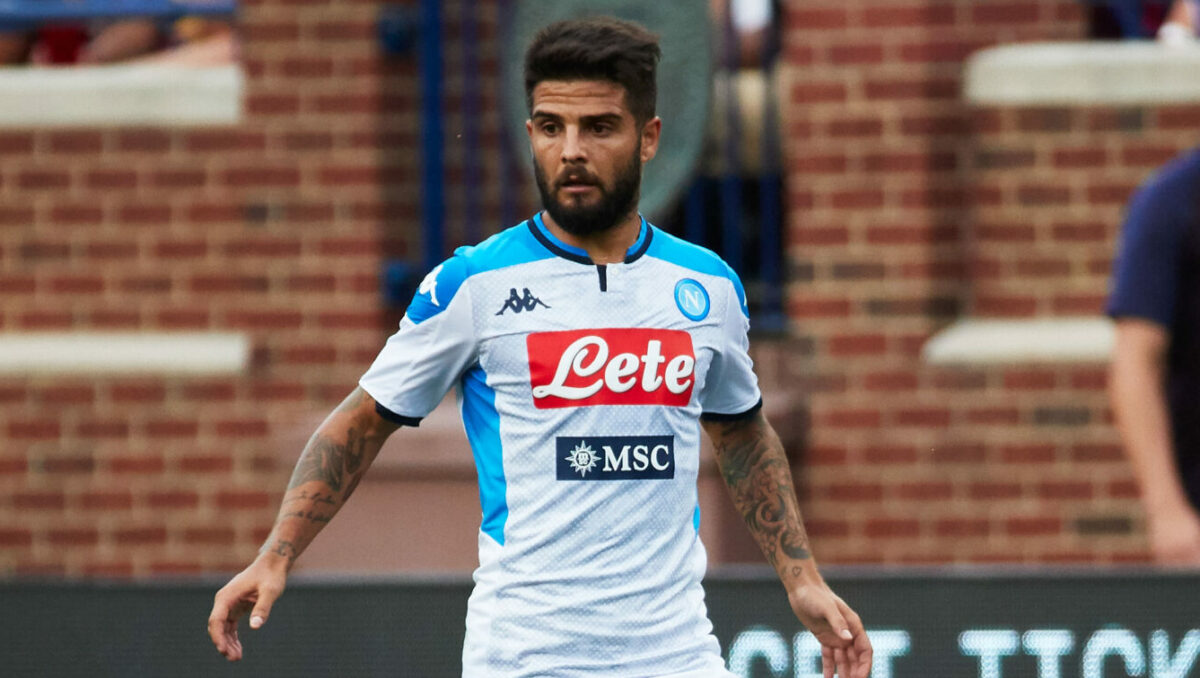 Toronto FC fans will have to wait for Lorenzo Insigne just a bit longer.

Insigne suffered a slight calf injury in training this week, TFC head coach Bob Bradley confirmed to reporters Wednesday. TFC is now hoping to have Insigne available for his debut on July 23 at BMO Field against Charlotte FC.

The Italian International was recently in the stands for Toronto FC’s last two matches, defeats to the Columbus Crew and Seattle Sounders respectively. Insigne is set to miss an additional three matches, starting with a July 9 showdown against the San Jose Earthquakes.

Insigne signed with Toronto FC in January and officially made his move from Serie A Napoli earlier this spring. The 31-year-old totaled 122 goals in 434 career appearances for Napoli and has also appeared in 54 matches for the Italian national team.

His arrival in Toronto FC is a welcomed addition to Bradley’s attack with the Canadian club sitting in 12th place in the Eastern Conference.

The L.A. Galaxy added help to their midfield on Wednesday, signing Uruguayan midfielder Gastón Brugman to a permanent transfer.

Brugman joins from Serie B side Parma, signing a three-and-a-half-year contract with the Galaxy through 2025. His contract also includes a one-year option for 2026. The 29-year-old totaled 303 combined appearances in Europe, scoring 26 goals and adding 31 assists.

“We are pleased to welcome Gastón to the LA Galaxy,” said L.A. Galaxy Head Coach Greg Vanney. “Gastón is an excellent player and focused professional. He will add balance, experience and leadership to our midfield.”

Brugman most recently tallied three goals and six assists in 34 appearances on loan with LaLiga2 side Real Oviedo during the 2021-22 campaign.

The Galaxy sits fourth in the Western Conference and is preparing for a rivalry showdown with LAFC on Friday.

Hyndman suffered a right quadriceps injury in training this week, which is set to sideline him for four-to-six weeks. He becomes the latest Five Stripes player to suffer a lengthy injury spell this season, joining Miles Robinson, Brad Guzan, and others on the sidelines.

The Five Stripes sit in 11th place in the Eastern Conference.

Josh Wolff has a new offensive weapon to call on for the remainder of the 2022 MLS Season.

“We’re delighted to welcome Washington to Austin,” sporting director Claudio Reyna said in a release. “We look at every transfer window as an opportunity to improve the squad, and feel that Washington’s dynamic skill set and speed in wide areas will do just that.”

Corozo began his career with Independiente del Valle, scoring six goals in 53 appearances for the club from 2015-19. He joined Sporting Cristal in 2020 and most recently spent the 2021-22 campaign on loan with Liga MX side Pumas, adding seven goals in 34 combined appearances.

The 23-year-old has earned one cap for the Ecuadoran national team.