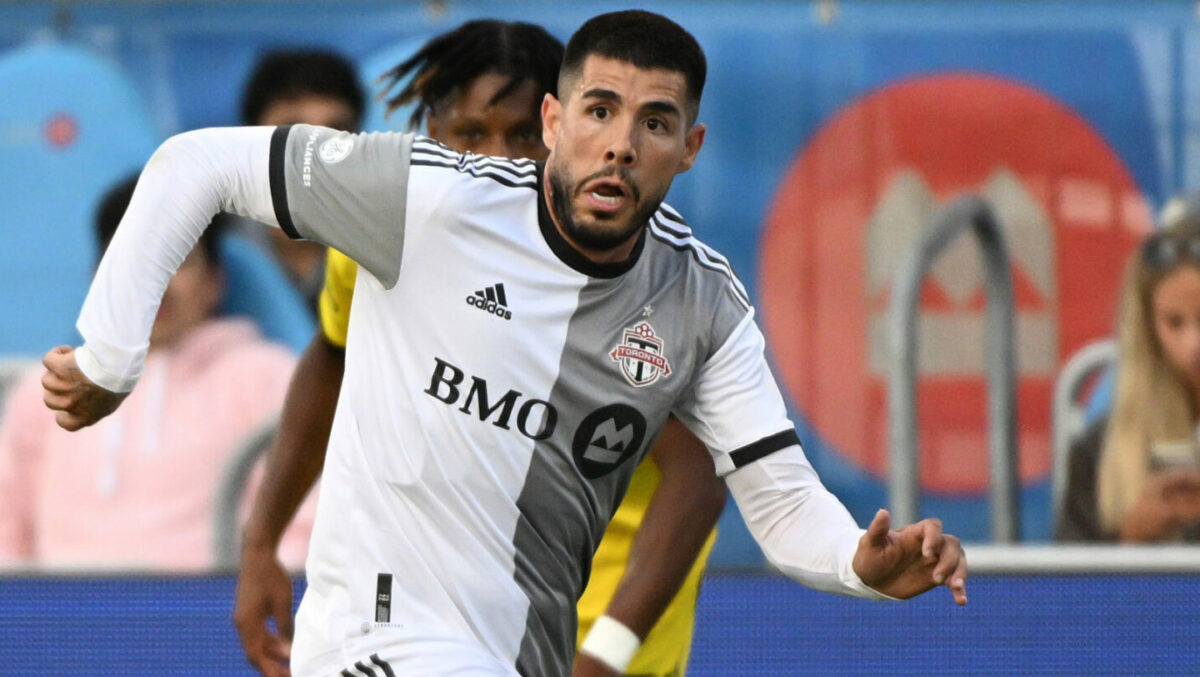 Alejandro Pozuelo’s time with Toronto FC has come to an end with the Spanish playmaker being shipped to a fellow Eastern Conference club.

“We believe Alejandro will fit right in with our group. He’s a player of tremendous quality that we feel can be a real game changer for us,” said Inter Miami head coach Phil Neville. “We can’t wait to integrate him into the squad and are looking forward to seeing him on the pitch in Inter Miami colors.”

Pozuelo, 30, joined TFC in 2019 and played a immediate role for the club, recording 12 goals and 12 assists in leading the Reds to an MLS Cup finals appearance. Pozuelo was named the MLS MVP in 2020, totaling nine goals and 10 assists in a shortened regular season campaign due to the COVID-19 pandemic.

In total, Pozuelo has made 93 league appearances for TFC, registering 28 goals and 34 assists in that time.

Inter Miami is sitting in ninth place in the Eastern Conference ahead of a July 9 showdown with Orlando City.

Tyler Wolff most recently helped the U.S. Under-20 men’s national team win the Concacaf U-20 Championship and will now head to Europe for the first time in his club career.

Atlanta United has loaned Wolff to Belgium second-tier club SK Beveren for the 2022-23 league season. A homegrown signing in July 2020, Wolff has made 17 league appearances for the Five Stripes, registering one assist.

SK Beveren finished third in Belgian’s Challenger Pro League during the 2021-22 season, barely missing out for promotion to the first division.

On the international level, Wolff scored the game-winning goal in the USMNT U-20’s 6-0 finals win over the Dominican Republic on Sunday. The victory propelled the Americans into the 2023 U-20 FIFA World Cup and the 2024 Summer Olympic Games in Paris.

FC Cincinnati head coach Pat Noonan has already added two familiar faces in Ray Gaddis and Alvas Powell in 2022 and reportedly could be adding a third in the coming days.

Sergio Santos is linked with a trade to FC Cincy from the Philadelphia Union, the Cincinnati Enquirer reported Thursday. The Brazilian forward has been out of the Union lineup since late-May due to Visa issues, but could be on the move to be reunited with his former assistant coach.

The 27-year-old is in the final year of his contract with the Union and would be an added option in FC Cincy’s attack. Noonan has relied on Brandon Vazquez, Luciano Acosta, and Brenner to lead his attack this season, and the trio have combined for 19 goals and 16 assists this season.

Santos joined in the Union in 2019 and has contributed 19 goals and eight assists in 80 appearances in Jim Curtin’s squad. He has mainly served as an option off of the bench during the last two seasons.

The Union are second in the Eastern Conference while FC Cincy are fifth.

De Vries spent last season on loan with Venezia, featuring mainly for the Under-19 side. The 20-year-old scored 14 goals and added seven assists in 23 matches for Venezia’s U-19 squad while also debuting for the first team in the Coppa Italia competition.

“Jack is a young, talented player and his hard work and competitive mentality have allowed him to adapt well to Venezia’s style of play while on loan,” said Philadelphia Union Sporting Director, Ernst Tanner. “We remain committed to identifying and developing young talent through our academy, as evidenced by the club’s third Homegrown to be to be transferred to Europe in two years’ time. We are so proud of Jack and wish him the best of luck.”

De Vries signed a Homegrown contract with the Union in January 2020 and went on to make four MLS appearances. He also played in six matches for Union II in the USL.