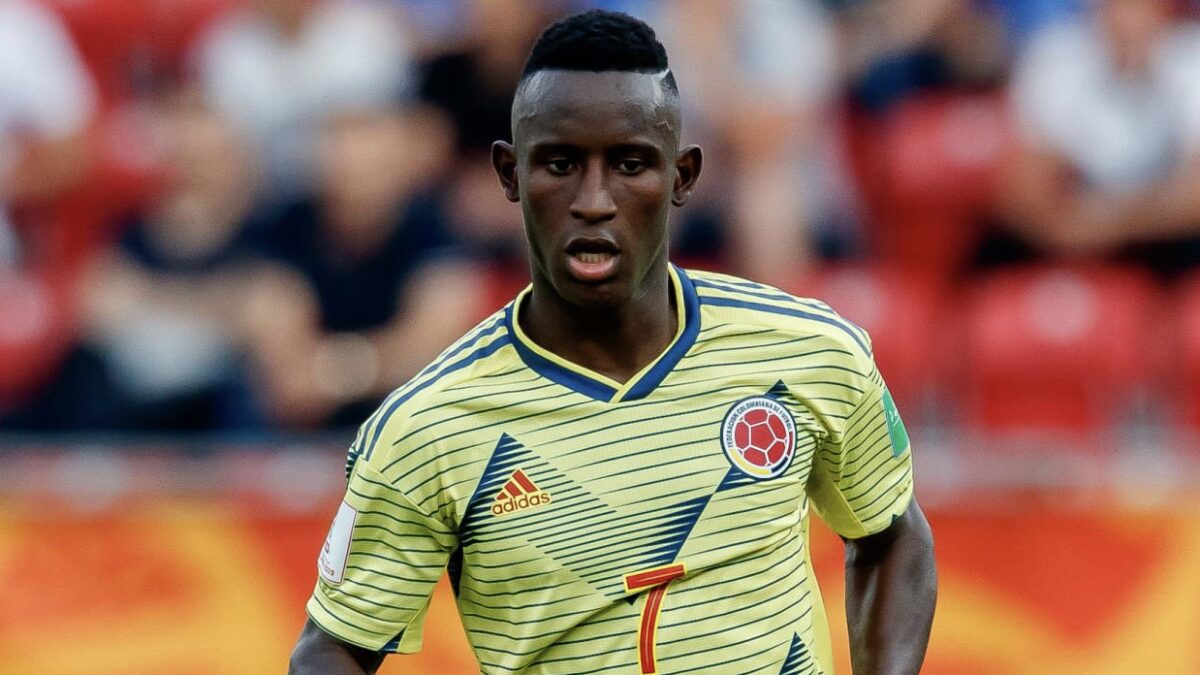 Orlando City added yet another piece to its attacking unit on Tuesday with Ivan Angulo becoming the newest face in Oscar Pareja’s squad.

Angulo joined on a one-year loan from Brazilian Serie A side Palmeiras, with an option to extend for a further six months. The 23-year-old joins an Orlando City attack which features Facundo Torres, Ercan Kara, Alexandre Pato, and recently acquired Nicholas Gioacchini.

“Iván is a talented and creative winger that has international experience going to the FIFA U-20 World Cup for Colombia and has played in the first division in Portugal,” said Orlando City EVP of soccer operations and general manager Luiz Muzzi in a release. “We believe his ability to take players one-on-one and the danger he creates down the flanks are going to be great assets for us as we push towards the end of this season.”

Angulo joined Palmeiras on a permanent deal in 2020 and since has totaled four goals and five assists in 65 appearances. The Colombian native started his career with his native Envigado FC before earning his opportunity in Brazil.

A former Colombian youth national team player, Angulo has yet to make his senior debut.

Christian Ortiz’s short time with Charlotte FC is over.

The Eastern Conference club waived the 29-year-old attacking midfielder on Tuesday, ending a six-month stay with the expansion side. Ortiz originally joined on a one-year loan in January from Liga MX’s Club Tijuana, and went on to total one goal and two assists in 15 appearances.

“The club would like to thank Titi for his time in Charlotte and wishes him the best in the future,” Charlotte FC said in its release.

Ortiz has become the second outgoing player in Charlotte FC’s squad since Miguel Angel Ramirez’s firing in late-May. Alan Franco, who was acquired on loan this season, has since been loaned to Argentinian side Talleres.

Charlotte FC sits in eighth place in the East through 22 matches played.

Ismael Kone is reportedly on the radar of English Football League Championship side Norwich City.

The Canaries are “pushing to sign” Kone ahead of the 2022-23 campaign, CBS Sports reported Tuesday. Born in the Ivory Coast, Kone has enjoyed a strong season with CF Montreal to date, totaling one goal and three assists across 16 regular season appearances.

Norwich City suffered relegation back to the EFL Championship last season after finishing 20th in the Premier League. Dean Smith’s squad opens up their competitive schedule on Saturday against Cardiff City in league play.

CF Montreal is fourth in the Eastern Conference.

Minnesota United retained a veteran piece of its backline for the near future.

Bakaye Dibassy signed a one-year contract extension on Tuesday, through the 2023 season. The 32-year-old is in his third MLS season since joining the Loons in 2020 from Ligue 2 side Amiens SC.

The Loons are third in the Western Conference after posting six-consecutive league victories.