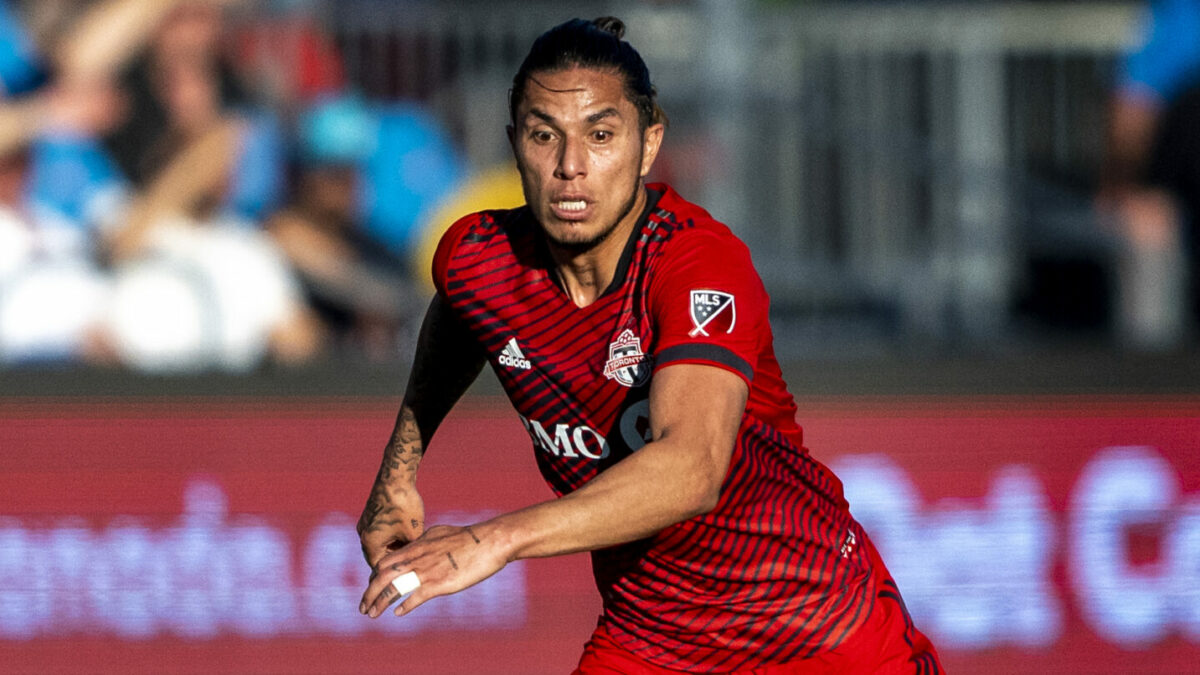 Carlos Salcedo’s arrival was expected to give Toronto FC a new leader in its backline but after only five months in the Canadian club’s squad, the Mexican defender is officially on his way out.

Toronto FC terminated Salcedo’s contract by mutual consent on Tuesday, the Eastern Conference club announced. The 28-year-old joined TFC as a Designated Player in January and went on to total 16 combined appearances in all competitions.

“We’d like to thank Carlos for his efforts during a difficult time,” said Toronto FC President Bill Manning. “In the end, Carlos felt it was most important to return to Mexico to be with his wife and children. We fully support Carlos’ decision and wish him the best in the future.”

Salcedo played previously in Germany, Italy, and his native Mexico before returning to MLS this year. He’s earned 48 caps for El Tri to date, winning the 2019 Concacaf Gold Cup.

Toronto FC sits in 12th place and has allowed 36 goals through 19 matches played, which is the second-most in the Eastern Conference.

Mosquera makes the move to MLS from Deportivo Independiente Medellín and has signed with the Five Stripes as part of the league’s Under-22 Initiative. He will occupy an international roster spot on Atlanta United’s roster.

“Edwin is an exciting winger with a unique profile and is someone who will bring a different dynamic to our team,” Vice President and Technical Director Carlos Bocanegra said. “He will add competition to our attacking group and we’re excited to welcome him to Atlanta United.”

The 21-year-old totaled 55 first division appearances in Colombia, Brazil and Argentina. A total of 41 of Mosquera’s 55 appearances came with Deportivo Medellin, while he also featured for Juventude and Club Atletico Aldosivi.

Mosquera has represented Colombia at the Under-20 level, starting a pair of friendlies against Ecuador’s U-20s in December 2020.

D.C. United defender Brad Smith will miss the remainder of the 2022 MLS season.

Smith is set to undergo anterior cruciate ligament (ACL) reconstruction surgery on his left knee after tearing his ACL in Friday’s 7-0 loss to the Philadelphia Union. Smith is expected to be sidelined for up to nine months as he begins rehabilitation following surgery.

Smith was acquired by D.C. United prior to the 2022 season and made 16 appearances (14 starts) for the Eastern Conference club. Majority of Smith’s time in MLS came with the Seattle Sounders after the Sounders acquired him on loan during the 2018 season from AFC Bournemouth.

D.C. United is in 13th place in the Eastern Conference, with only five victories from 17 matches played.

Jensen, 18, signed a four-year contract with St Louis CITY SC, which also includes an option for 2027. He will occupy an international roster spot on Bradley Carnell’s roster starting next season.

“Isak has been on our radar for quite some time,” head coach Bradley Carnell said in a release. “He certainly has the tools to be a key part of our system and his dynamic play on the wing will be fun to watch.”

Jensen totaled eight goals in 29 matches for Sonderjyske’s Under-19 squad, featuring mainly as a left winger. On the international level, Jensen has appeared for both the Danish U-18 and U-19 youth national teams.