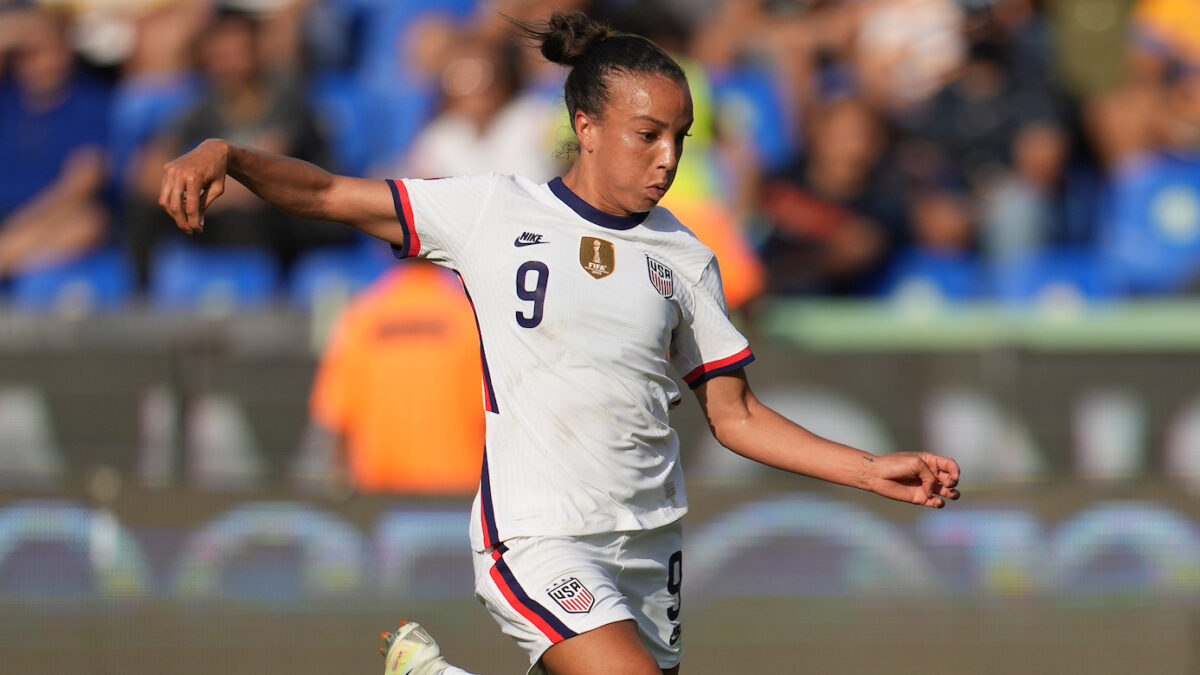 Mallory Pugh has been impressive in front of goal in 2022 for the U.S. women’s national team and that trend continued Thursday with the speedy winger adding to her goalscoring tally in style.

Pugh started, scored one goal, and played 63 minutes in the USWNT’s 3-0 semifinal victory over Costa Rica at the Concacaf W Championship. Pugh earned SBI Woman of the Match honors after scoring her sixth goal in this calendar year and her first in Mexico this summer.

The 24-year-old started alongside Sophia Smith and Alex Morgan in Vlatko Andonovski’s attack, doubling the USWNT’s lead just before halftime. After being played into the box by a clever through ball from Rose Lavelle, Pugh calmly slotted past Noelia Bermudez to give the Americans breathing room for the rest of the match.

Not only did Pugh celebrate a goal, but she was lively in her attacking chances and defensive pressuring. Pugh was replaced in the 63rd minute with the Americans up by two goals, before watching from the sidelines as Ashley Sanchez added a insurance strike in stoppage time.

What did you think of Pugh’s performance? Who was your pick for Woman of the Match?