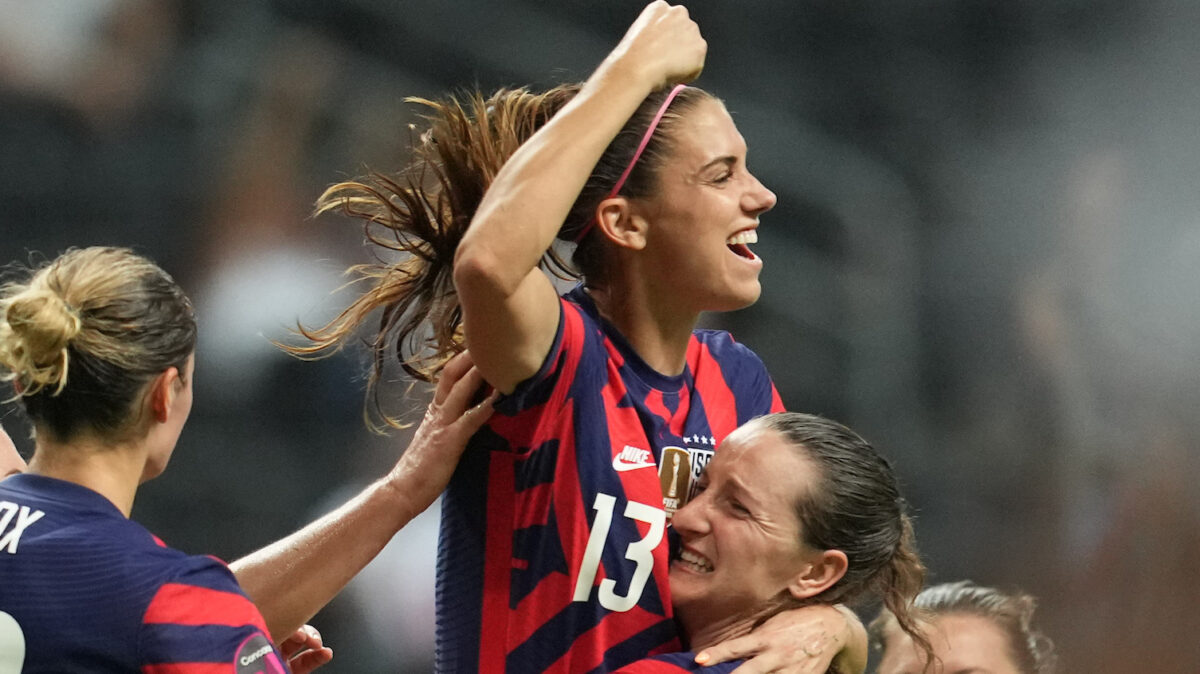 The U.S. women’s national team concluded its World Cup Qualifying campaign on Monday night by capping off a perfect run at the 2022 Concacaf W Championship.

Alex Morgan’s second-half penalty kick proved to be the difference as the USWNT edged Canada 1-0 in Monday’s final, handing Vlatko Andonovski his first competitive trophy as head coach. The Americans clinched a spot in the 2024 Summer Olympics with the tournament success, confirming the USWNT’s involvement in two major competitions in the next two years.

Both teams created ample opportunities in the first half, but neither could find an opening goal as Alyssa Naeher and Kaylin Sheridan were up to the task. Mallory Pugh was denied on a pair of occasions in the opening 35 minutes of the match as Sheridan kept Canada from facing a deficit going into halftime.

Naeher’s double save on Nichelle Prince in the opening minutes of the match were Canada’s best offensive chances.

Both teams continued to pile on the chances after halftime with Sophia Smith and Rose Lavelle becoming the latest players denied in front of goal. Smith and Lavelle tried their luck from long-range but Sheridan kept her shutout attempt going.

The USWNT’s constant pressure paid off in the 71st minute as Allysha Chapman was whistled for a penalty after tripping Rose Lavelle in the box. Alex Morgan stepped up and beat Sheridan to the bottom-right corner, giving the Americans a late 1-0 advantage in Mexico.

The USWNT hung on to earn a third-straight victory in the Concacaf W Championship Final, capping off a 5-0 record in Mexico this summer. Naeher registered five saves to post a fifth shutout for the Americans, concluding a dominant tournament by the team.

The USWNT will now enter a two-month break before facing off with Nigeria in a pair of home friendlies this September.