USWNT to host Nigeria in pair of September friendlies 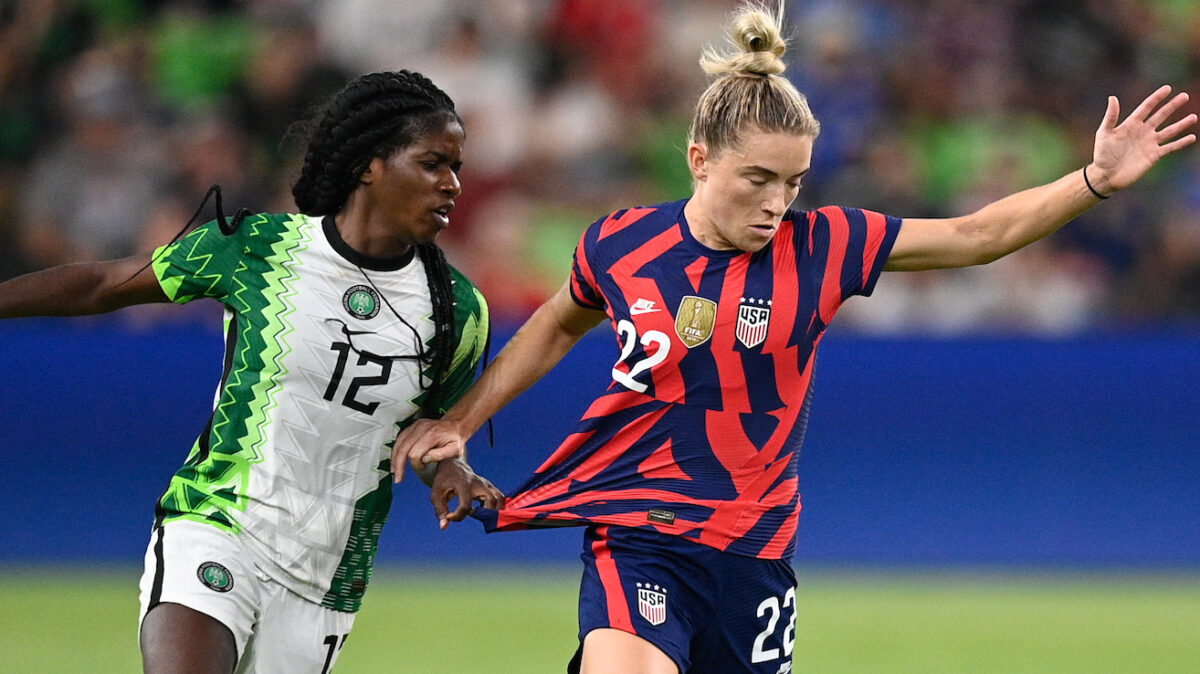 The U.S. women’s national team’s fall schedule just got a bit clearer with a pair of home September friendlies announced on Wednesday for Vlatko Andonovski’s side.

African champions Nigeria will oppose the USWNT on September 3 and 6 respectively with Sporting Kansas City’s Children’s Mercy Park and D.C. United’s Audi Field serving as host venues. Both friendlies will be the first domestic matches for the USWNT after clinching its 2023 FIFA Women’s World Cup berth this summer in Mexico.

“First, I’m just excited to play two matches against Nigeria. They have some very talented players who will present a lot of different problems for us to solve on both sides of the ball,” said Andonovski. “Secondly, of course we’re looking forward to bringing the team back to one of the best soccer cities and best soccer stadiums in the United States in Kansas City, as well as getting to play our first game at Audi Field, which I’ve visited several times for NWSL games and is also a fantastic venue for our team to play in front of our home fans.”

The USWNT is 6-0-0 all-time against Nigeria, most recently defeating the African nation 2-0 in a June 2021 friendly at Austin FC’s Q2 Stadium. This will be the second friendly all-time between the two nations, as five of the previous six meetings have come at either FIFA Women’s World Cups or the Summer Olympics.

Nigeria, which is led by American head coach Randy Waldrum, is currently competing in the 2022 African Women’s Cup of Nations, a 12-team tournament that will send its top four finishers to the 2023 FIFA Women’s World Cup.

The Super Falcons are 11-time African champions and by far the most successful women’s soccer nation from the continent. Nigeria has participated in all eight FIFA Women’s World Cups that have been contested.