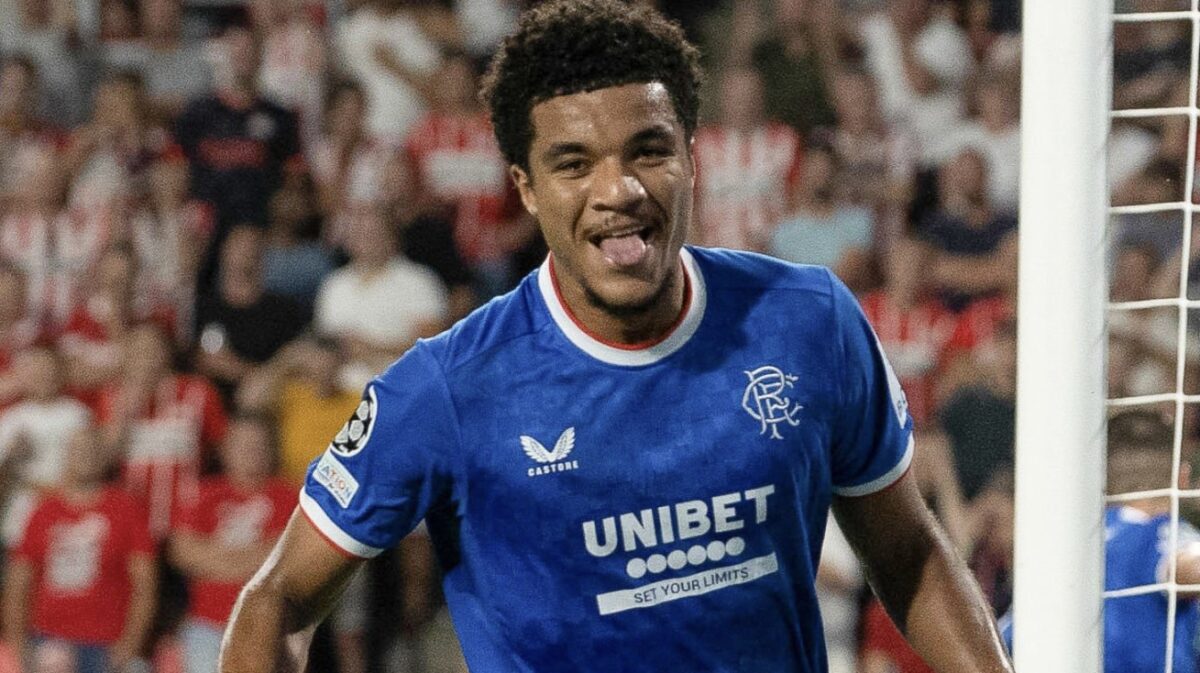 Scottish Premiership club Rangers booked its return to the UEFA Champions League group stage on Wednesday with James Sands and Malik Tillman both excelling in a second leg victory in Eindhoven.

Tillman and Sands both went the distance for Giovanni Van Bronckhorst’s squad in a 1-0 second leg win over PSV, booking Rangers’ first trip back to the UCL group stage since 2010. Tillman assisted on the winning goal scored by Antonio-Mirko Colak while Sands helped Rangers post a shutout in an important road victory. Tillman made the most of Walter Benitez’s error in the 60th minute, stealing possession in the box before setting up Colak for an easy tap-in finish.

Sands won four of his seven duels, made six clearances, and two interceptions as he continued to impress in Rangers’ backline. Both Sands and Tillman will now turn their attention towards Matchday 1 of the Champions League after being paired with Liverpool, Napoli, and Ajax in Group A.

“I haven’t had many moments like this so it’s an incredible feeling,” Sands said postmatch on Wednesday. “Having the guys like we have around me makes it that much easier. When I got here [in January, Champions League] seemed quite far away, but time flies. We have gotten a lot stronger as a team and it’s well deserved at this point. Now it’s about testing ourselves against some of the best teams in Europe and I think we showed in the Europa League last season that we can.”

Richie Ledezma did not dress (Injury) for PSV.

Rokas Pukstas did not dress in Hajduk Split’s 2-0 second leg loss to Villarreal on Thursday. Villarreal advanced 6-2 on aggregate.

Josh Sargent did not dress for Norwich City.

Brenden Aaronson dressed but did not play in Leeds United’s 3-1 win over Barnsley on Wednesday.

Tyler Adams did not dress for Leeds United.

Antonee Robinson, Tim Ream did not dress for Fulham.