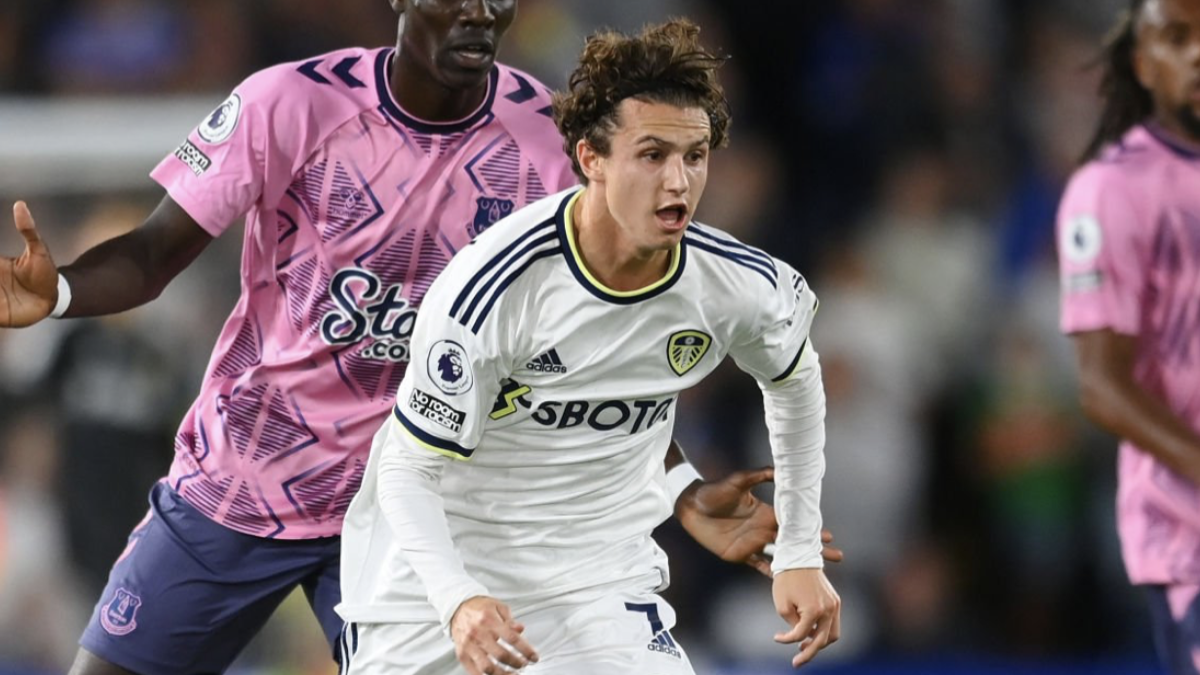 Leeds United rebounded from its first Premier League loss of the season by fighting back to claim a 1-1 draw at Elland Road vs. Everton on Tuesday. Brenden Aaronson was at the forefront of the Lilywhites attack once again and walked away with his first league assist in the result.

Aaronson assisted once at Elland Road, setting up Luis Sinisterra for his first Premier League goal as Leeds United moved to fifth place in the league table. It was Aaronson’s fifth start for Leeds United following his summer transfer from Red Bull Salzburg.

Anthony Gordon opened the scoring from Yorkshire as the Chelsea target needed only 17 minutes to score his second goal of the season. Alex Iwobi played Gordon in towards goal with a dangerous through ball allowing the 20-year-old the chance to slide a shot past Illan Meslier.

Leeds United responded in the second half as Aaronson set up Sinisterra in the 56th minute before the fellow summer acquisition hit a low drive past Jordan Pickford and into the bottom-right corner.

Aaronson also came to scoring himself in the second half, forcing a diving two-handed save from Pickford prior to the Leeds goal. The U.S. men’s national team midfielder logged 76 minutes in the match before being replaced by Daniel James for the final 15+ minutes.

Fellow USMNT midfielder Tyler Adams also impressed in the draw, totaling 90 minutes, winning eight of 10 duels, and making seven recoveries from his No. 6 position. It was also Adams’ fifth league start of the new season.

Leeds United next visit Brentford on September 3 before a rivalry showdown with Nottingham Forest at Elland Road on Sept. 12.