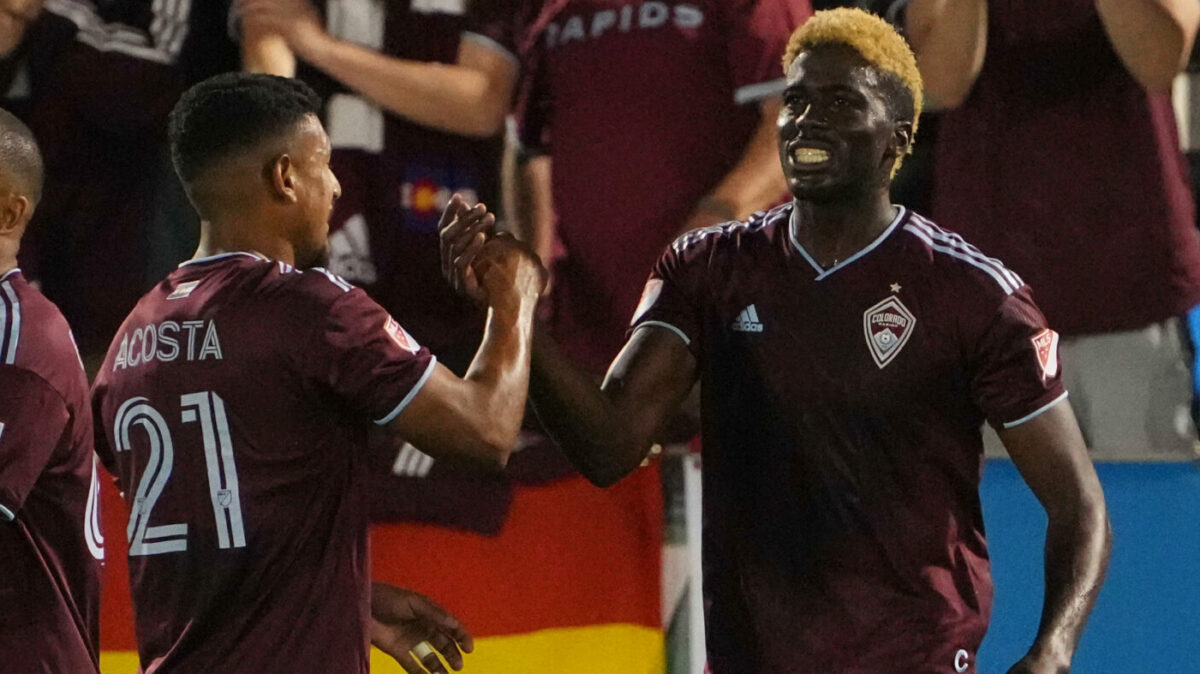 Two goals and one assist from Cristian Arango, a hat trick for Gyasi Zardes to complete an incredible week for the Colorado Rapids and several outstanding goals highlights this week’s action in MLS.

Arango scored his 10th and 11th goals of the season in LAFC’s 4-1 win over Real Salt Lake. The Supporters’ Shield leaders showed their strength with a Arango’s masterclass and a similarly dominant goal from Gareth Bale, who flashed his speed and athleticism for LAFC’s fourth goal.

The Rapids surprised many in an excellent week for Robin Fraser’s men. The Rapids’ 5-4 comeback win at Red Bull Arena on Tuesday was impressive enough, but the team followed it up with a home win over Minnesota United to add themselves to the list of teams in the playoff hunt in the Western Conference.

Here are the top moments in Week 24 of MLS:

Among all the stars in the ranks at LAFC, it’s Cristian Arango who is quietly putting together one of the most productive seasons for a leading team in MLS. Arango scored his 10th and 11th goals in the 2022 season in a 4-1 away win against RSL.

In the ninth minute, Arango put LAFC ahead with a beautiful backheel in plenty of traffic.

Arango struck again in the 60th minute, latching onto a low driven cross from Kwadwo Opoku. He then assisted Gareth Bale’s 87th-minute goal, sending Bale in behind the defense to blow past a defender and finish past Zac MacMath.

LAFC capitalized on a draw for Austin FC to take a six-point lead in the Western Conference. Steve Cherundolo’s side is also six points clear of Austin and the Philadelphia Union for the Supporters’ Shield lead.

The Colorado Rapids entered a crucial week for their playoff hopes, and emerge from it having proven that they are ready to continue fighting. A win over a top team in each conference, plus nine goals scored showed Robin Fraser’s side’s poise on the road and attacking ability.

First, the Rapids traveled to Red Bull Arena on Tuesday and shocked the Red Bulls with a comeback from a 3-1 deficit. Diego Rubio scored one goal and had two assists as the Rapids scored three goals in the last 13 minutes of the game.

The Rapids turned around on the weekend to go on the road and abruptly halt Minnesota United’s seven-game unbeaten streak. Gyasi Zardes emerged this time by scoring a hat trick.

Two wins in one week will certainly boost the Rapids’ playoff push, but the team finds itself still three points away from a playoff position in the Western Conference. A difficult run in June and July found the Rapids headed in a wayward direction, but wins over two solid squads this week can instill some confidence.

New Sporting Kansas City signing Erik Thommy opened his goalscoring account in style, scoring this impressive volley after bringing the ball down with his chest.

Honorable mention for Goal of the Week goes to Cristian Arango’s backheel from close range and Andrew Gutman’s game-winning scorcher for Atlanta United.