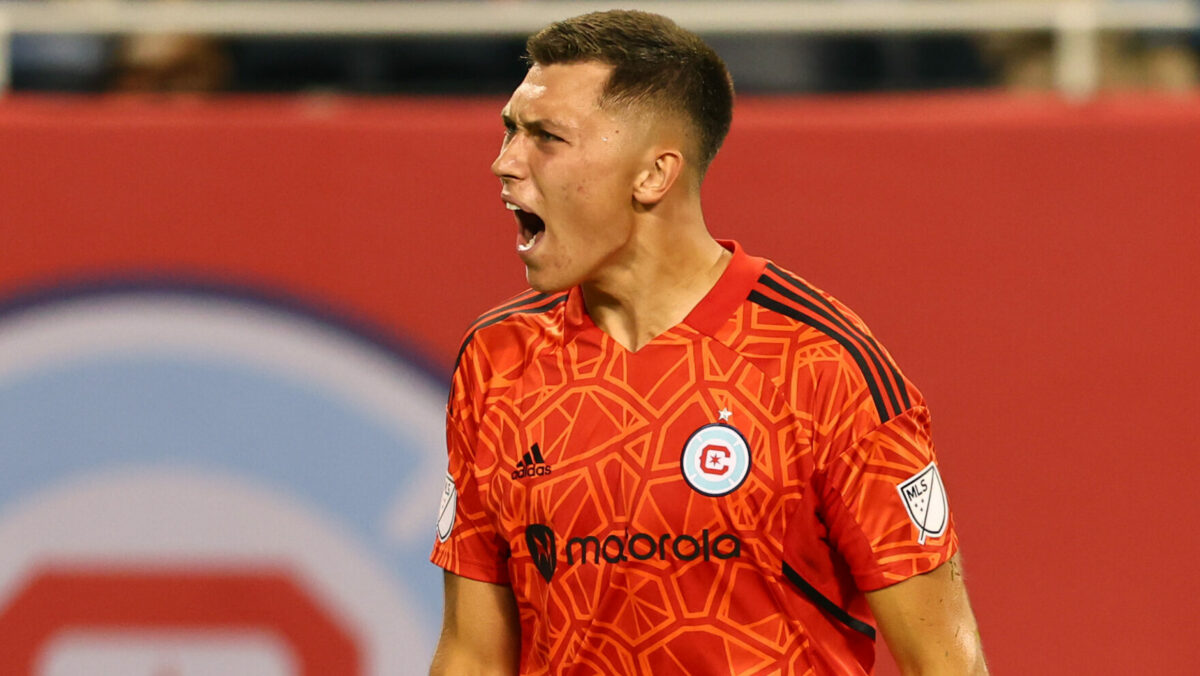 Gabriel Slonina has quickly risen into a first team regular with the Chicago Fire over the past two MLS season and his immediate impact has earned him a transfer this January to one of Europe’s top clubs.

Slonina has officially joined English Premier League side Chelsea on a permanent transfer from the Fire, the clubs announced Tuesday. The 18-year-old will remain with the Fire for the remainder of the 2022 MLS season, allowing him to continue playing regularly in MLS.

Slonina became the Fire’s youngest first team signing as a 14-year-old in 2019 and also was the youngest goalkeeper to start an MLS match at 17-years-old in August 2021. He started in 11 matches in 2021 for the Fire, posting four clean sheets and making 46 saves.

Slonina has remained the No. 1 goalkeeper in Chicago this season, totaling 23 starts in 28 appearances, with 10 clean sheets and 48 saves to his name so far.

“I joined this Club [Fire] with ambitions of playing at the highest level and it’s been a dream come true to wear the Chicago Fire jersey,” said Slonina. “This Club has become my second home, my second family, and there are so many people that have played a big role in helping me get to where I am today. I’m so thankful for all the support that I’ve received from my family, coaches, teammates, and everyone associated with the Club. It’s been an incredible honor to work alongside each one of you.”

The Illinois native has represented U.S. Soccer at several youth national team levels before earning a pair of senior call-ups in December 2021 and January 2022 respectively. Despite interest from the Polish national team in May, Slonina rejected a senior call-up Czeslaw Michniewicz and committed his future to the USMNT.