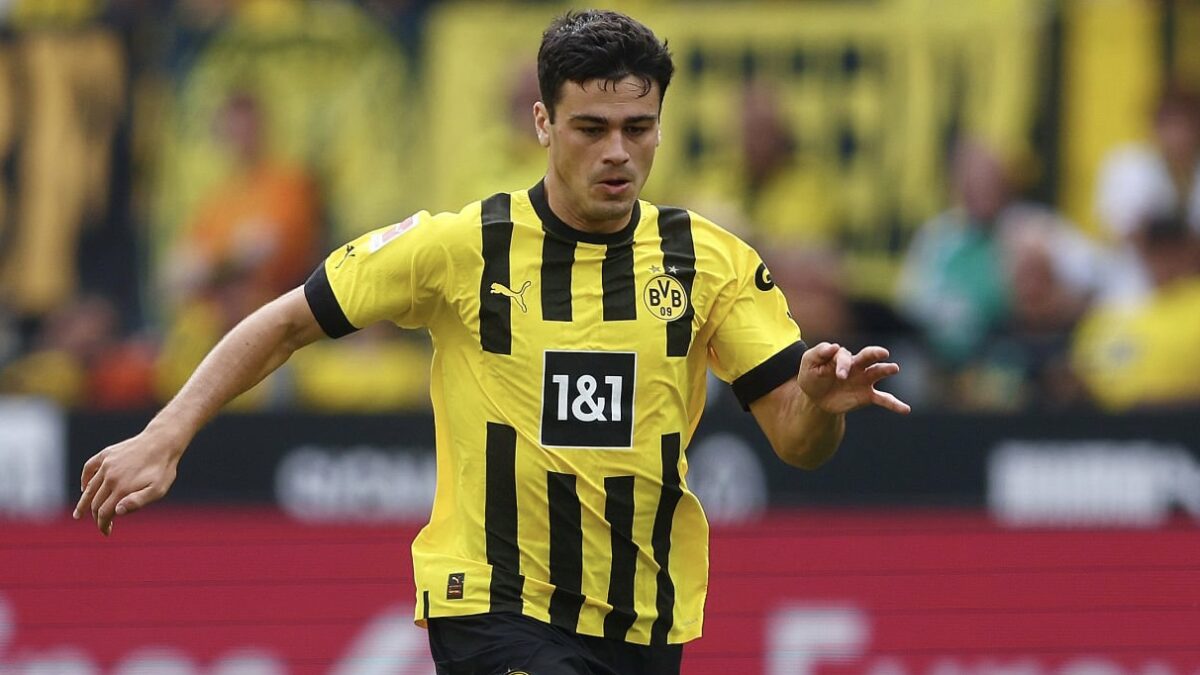 The long and grueling wait for Gio Reyna came to an end on Saturday as the U.S. men’s national team attacker made his return to competitive action for Borussia Dortmund.

Reyna made his first appearance of the new Bundesliga season and his first overall since April 8, playing the final 28 minutes in a 3-2 home defeat to Werder Bremen. The 19-year-old had missed most of the 2021-22 campaign through multiple hamstring injuries, but made his return to Edin Terzic’s side.

Dortmund claimed a 1-0 advantage before halftime thanks to Julian Brandt’s goal in stoppage time. Raphael Guerreiro doubled the hosts lead at Signal Iduna Park, extending Dortmund’s advantage to 2-0 in the 77th minute.

However, Werder Bremen fought its way back to score three unanswered goals in the final six minutes of the match to claim a 3-2 victory. Lee Buchanan, Niklas Schmidt, and Oliver Burke all celebrated goals as Werder Bremen earned its first league win of the new campaign.

Reyna won his only duel in the match, completed one dribble, created once chance, and made two recoveries from his attacking position. It was a positive return for Reyna, who now aims for consistent playing time ahead of September international duty with the USMNT.

Borussia Dortmund next travels to Hertha Berlin on Aug. 27 before hosting Hoffenheim on Sept. 2.