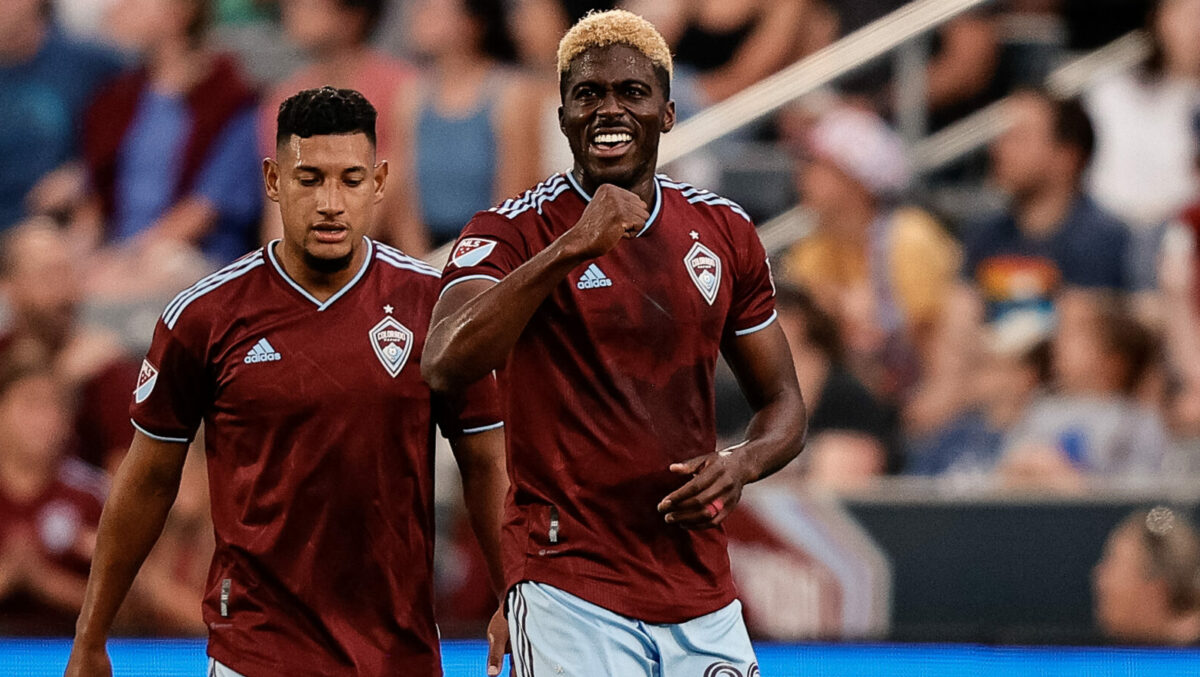 Gyasi Zardes’ move to the Colorado Rapids provided the veteran forward with a new opportunity to get back to his best in the attacking third and Saturday’s performance vs. Minnesota United was a prime example of the determination in Zardes since his move to the Western Conference.

Zardes registered a hat trick in the Rapids’ 4-3 home victory over the Loons on Saturday night, his best performance since arriving via trade from the Columbus Crew. The 30-year-old opened the 2022 campaign with only one goal scored in seven appearances for the Crew before being shipped to the Rapids for $300,000 in General Allocation Money, a deal that could rise as high as $1.1 million should Zardes reach certain performance-based metrics.

Since his move to Colorado, Zardes now has six goals and two assists in 15 appearances in Robin Fraser’s squad, gelling nicely with fellow attacking partner Diego Rubio. All three of Zardes’ goals on Saturday came from point-blank range in the box, showing his ability to capitalize on minimal chances in a match.

“I felt like we played good today,” Zardes said postmatch. “It wasn’t the best game, but at the end of the day, it’s all about the results and a primary focus of ours is starting to get into playoff mentality, and when you’re playoffs, the only thing that matters is just winning the game and I think tonight we did that.

“I always work hard, you know, people on the outside they can look at it and they’re just like, ‘Oh, he’s not scoring. He’s not playing well.’ That’s not true,” Zardes added. “You know, there’s other things you can do to help the team. It’s important that I keep working hard in training and I know it’s going to carry over to the game. And tonight, you know, the fruits of my labor was getting three goals and I’m just thankful to finally get another hat trick and it’s just motivating for myself to keep working hard, so I can try to do it again next weekend.”

Zardes finished the match with 18 touches, the fewest of any player on either side, but it did not stop him from playing a key role in an eighth league win of the season for the Rapids. His opening goal came off a rebound attempt, his second goal came on a one-time finish in the box, and his third and final goal came once again off a rebound.

Rubio also added his 11th league goal of the season, continuing an impressive 2022 campaign in Colorado, but it was Zardes’ night, giving the veteran forward his first three-goal outing since October 2018. The Rapids scored four goals or more for the second time in the past five days after a 5-4 road win over the New York Red Bulls on Tuesday, giving the in-form Western Conference club more tallies in the past two matches than the previous seven combined.

Fraser remains hopeful that Zardes can continue to help the Rapids attack especially with 11 matches to go and the Rapids still outside of the playoff places.

“Continue to be aggressive in the attacking half of the field,” Fraser said when asked how the Rapids can continue their current attacking form. “I mean, what we saw tonight—Gyasi’s [Zardes] goals to me epitomize somebody who was determined. And if you think about our group, we look at some of the goals we score tonight, but Gyasi’s in particular, were about determination.

“It’s pretty unselfish to have to sprint 20 or so yards not knowing if you’re going to get an opportunity, but you might get an opportunity, and I thought those goals epitomized our performances of the last two games,” he added. “It’s what we need. We need unselfish hard work and guys who are willing to sacrifice for the team.”