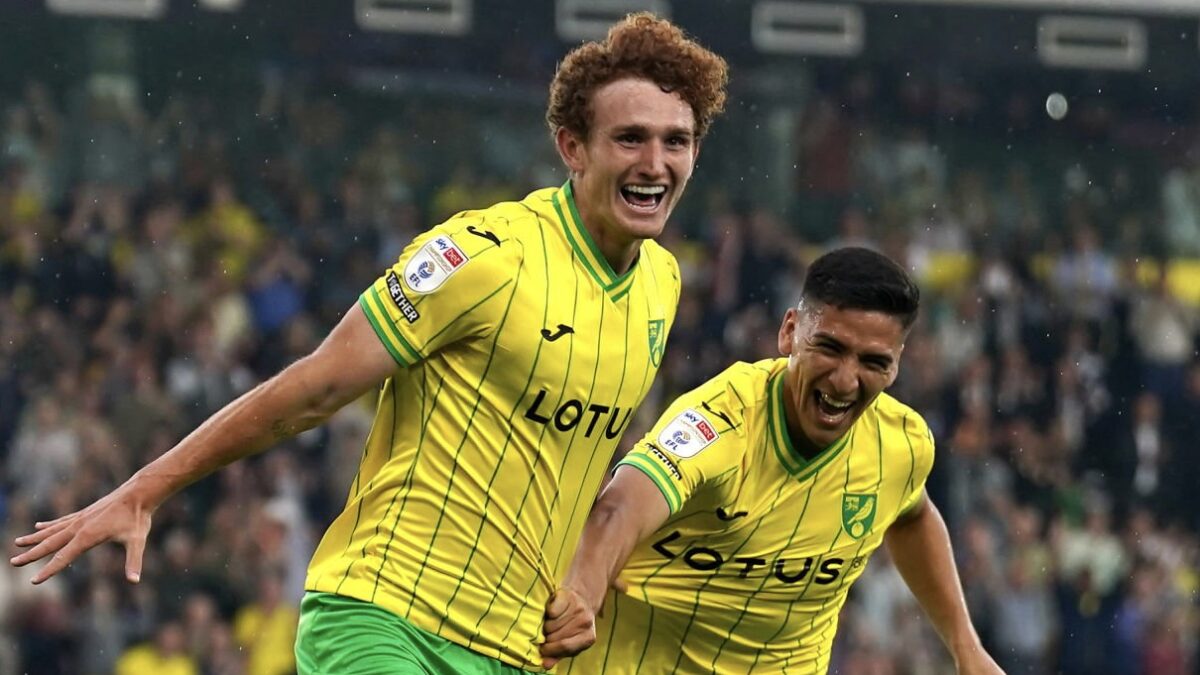 Josh Sargent stepped in for the injured Teemu Pukki at the forefront of Norwich City’s attack on Tuesday night and proceeded to score his first goal of the new English Football League Championship season.

Sargent started, scored one goal, and helped set up a second in the Canaries’ 2-1 home win over Huddersfield Town. It was Sargent’s first Championship goal and his fifth overall for the club in all competitions since his joined Norwich City.

“It feels great,” Sargent said postmatch. “In the last games we were able to keep the ball and create good chances but we weren’t able to provide that finishing touch. Obviously today we were, so I’m very excited and it was great to get the first one.

“The fans are amazing every time we’re here,” he added. “Especially for a striker, it feels really good to get that first goal of the season.”

Sargent needed only six minutes to kickstart the scoring at Carrow Road, rising high to head home Daniel Sinani’s cross into the bottom-left corner. Sinani’s cross came from the right wing and allowed the U.S. men’s national team striker the opportunity to flick his effort past Lee Nicholls.

After scoring the opening goal for Dean Smith’s side, Sargent helped play a part in the Canaries’ second goal of the first half. His shot in the box was blocked by a Huddersfield Town defender, but Sinani pounced on the rebound for his first league goal of the campaign.

Sargent’s impact in the match carried over to the second half as the American forward was hauled down by Huddersfield’s Tom Lees on a breakaway. Lees was shown a straight red card for his last man challenge, giving Norwich City an extra man advantage for the remainder of the match.

“I’m really pleased for Sarge, he’s come in today because Teemu had a swollen foot – he couldn’t get his boot on so we decided to start Sarge and him and Danel hit off a really good relationship,” Smith said postmatch about Sargent.

“I’m really pleased he got his first goal of the season – it was a really good header and he looked dangerous. That’ll do him the world of good,” he added.