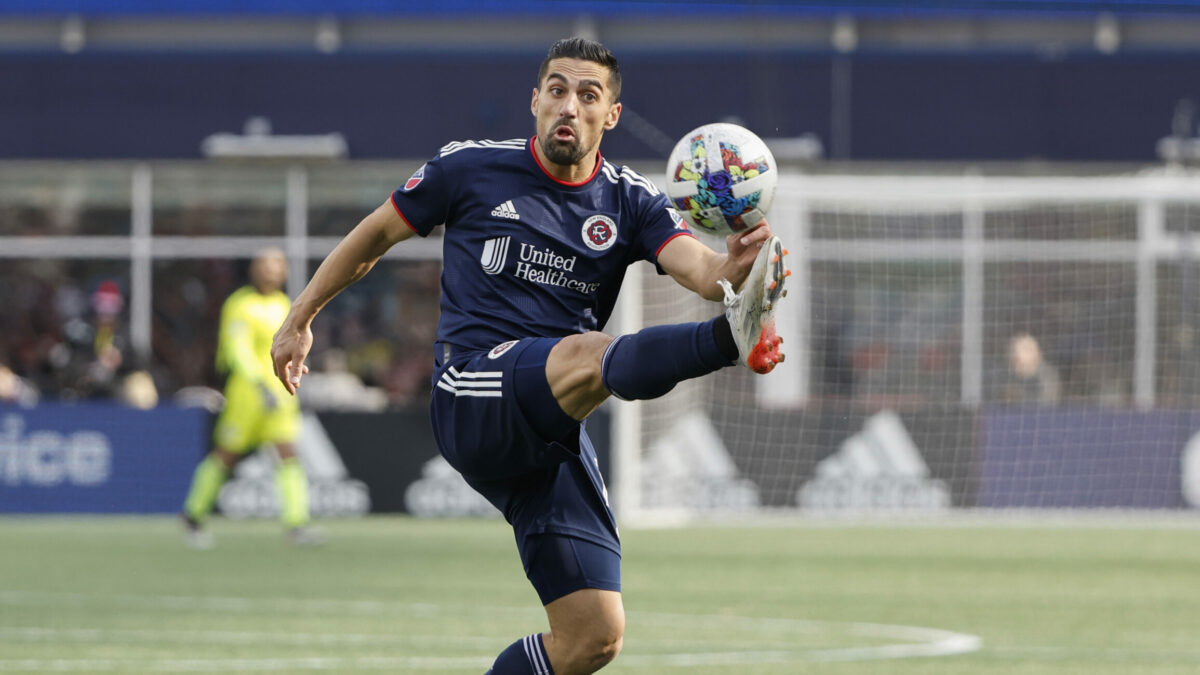 Sebastian Lletget’s time with the New England Revolution is coming to an early end with the veteran midfielder heading back to the Western Conference.

FC Dallas has agreed to a deal with the Revolution to acquire Lletget for $600,000 in General Allocation Money, the clubs announced Wednesday. Lletget, who was added by the Revs in a trade with the L.A. Galaxy in December, is on the move for the third time in his MLS career.

The 29-year-old made 19 league appearances with the Revs, adding two goals and five assists. Lletget began his MLS career in 2015 with the Galaxy and has totaled 25 goals and 32 assists in 177 appearances.

Lletget has earned 33 caps with the USMNT, scoring eight goals and remaining one of several attacking players in Gregg Berhalter’s growing pool of players.

Real Salt Lake added attacking help on Wednesday with the acquisition of Danny Musovski from LAFC.

Musovski made the move to Utah in exchange for a total of $250,000 in GAM between 2022 and 2023. LAFC will receive additional GAM if certain performance metrics are met by Musovski.

“We want to thank Danny for his many contributions to the Club since he arrived in Los Angeles,” LAFC Co-President & General Manager John Thorrington said. “He has proven himself to be a reliable player in our league, played in many big games, and scored some important goals for LAFC. We wish Danny all the best in this next step of his career.”

A former 2018 MLS Draft pick by the San Jose Earthquakes, Musovski tallied 11 goals and five assists in 53 regular season appearances for LAFC. He will be a welcomed addition to the RSL attack, which has scored only 30 goals in 23 league matches in 2022.

Odada makes the move to MLS from Serbian side Red Star Belgrade and will occupy an international roster spot. The 21-year-old’s contract also includes two option years for 2025 and 2026.

“Richard is a holding midfielder with positional versatility and a great potential to be a valuable contributor as we continue to develop our roster,” said Philadelphia Union Sporting Director, Ernst Tanner. “He can play multiple midfield roles as well as center back, and he has the height, speed and physicality we were searching for. We look forward to integrating him this year and encouraging his development for the future.”

Odada made two appearances for Red Star Belgrade since joining being promoted to the club’s first team in 2020. He was also loaned to RFK Grafičar Beograd and FK Metalac Gornji Milanovac respectively, totaling 51 appearances.

Born in Nairobi, Odada has earned five caps for the Kenyan national team, scoring one goal. He will provide depth in Jim Curtin’s midfield alongside Jose Martinez and Leon Flach.

Austrian international Alessandro Schöpf has become the latest European player to move to MLS this season, joining the Vancouver Whitecaps on a one-and-a-half-year contract.

“Alessandro is a player we’ve been looking at for a while,” sporting director Axel Schuster. “He’s an all-around midfielder with an incredible engine, covers a lot of ground and is good in combination play. He also has plenty of experience playing in some of the top competitions in world football. We’re happy to welcome Alessandro and his family to Vancouver as they begin this next chapter.”

Schopf has earned 32 caps for Austria, scoring six goals and featuring also in the UEFA European Championship in 2016.

The Whitecaps are 11th in the West standings, five points out of the final playoff spot.

Rapids sign Felipe Gutierrez on loan for rest of 2022 season

Felipe Gutierrez is back in MLS after joining the Colorado Rapids on loan for the remainder of the 2022 season.

Gutierrez was acquired from Chilean first-division side C.D. Universidad Catolica, the Rapids announced Wednesday. Sporting KC will receive $50,000 in 2022 General Allocation Money (GAM) from the Rapids in exchange for Gutiérrez’s MLS priority.

“Felipe is an experienced player at the highest levels of the game and brings additional quality and depth to the club at a key juncture in the season,” Colorado’s executive vice president and general manager Padraig Smith. “His ability to dictate tempo and control games, along with his familiarity with MLS, will be an asset as we continue our push to make the playoffs for a third consecutive season.”

Gutiérrez was signed by Sporting KC as a Designated Player prior to the 2018 MLS season, recording 19 goals and five assists in 52 matches. He was named the team’s MVP in 2019, before missing the 2020 season due to knee surgery.

The Rapids are coming off a frantic 5-4 comeback victory on Tuesday night over the New York Red Bulls.