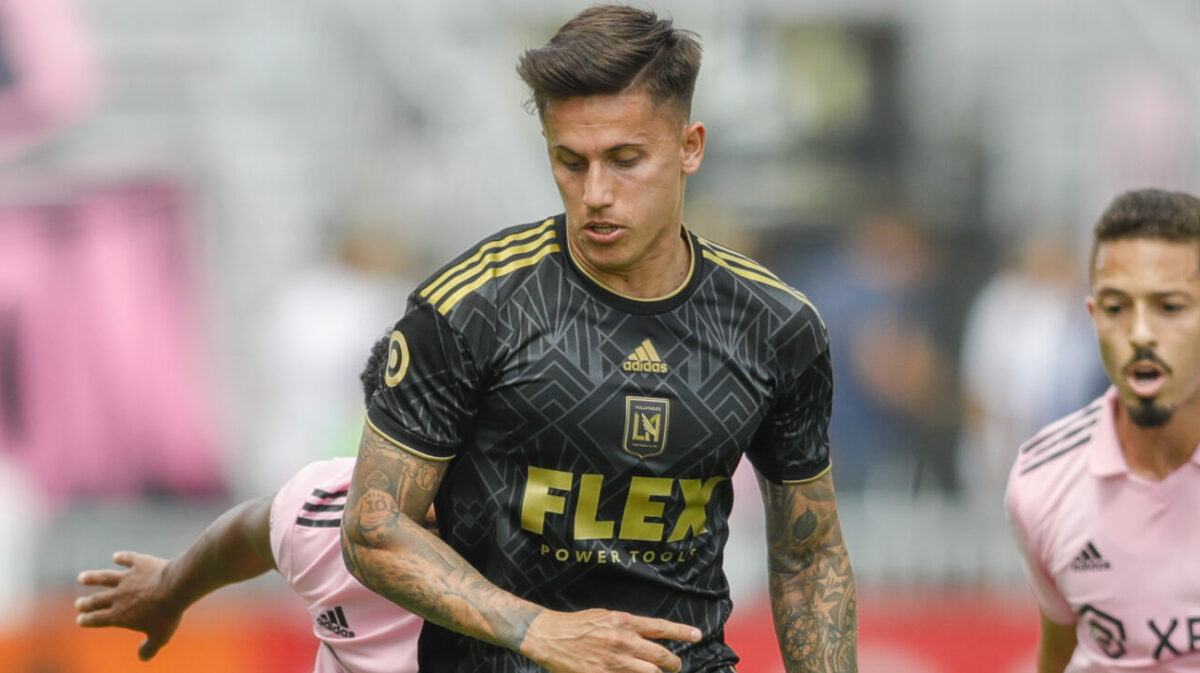 LAFC’s acquisition of Gareth Bale paired with the retainment of Cristian Arango has given Steve Cherundolo ample attacking options in his squad, forcing the Western Conference leaders into a major roster move on Wednesday.

LAFC has transferred forward Brian Rodríguez to Liga MX side Club América, the club announced. The 22-year-old joined LAFC as a Young Designated Player in August 2019 from Uruguayan club Penarol and proceeded to score eight goals and add 12 assists in 55 regular season matches.

“Brian has been important contributor to our success since his arrival in 2019,” said LAFC Co-President & General Manager John Thorrington. “He is an exciting player who is capable of special things, which we witnessed many times. We wish him all the best in this opportunity with Club América.”

Rodriguez spent part of the 2021 MLS season on loan with Spanish second division side Almeria before returning to LAFC in July. Internationally, Rodríguez has earned 17 caps for his native Uruguay, scoring three goals and adding one assist.

LAFC has been reportedly linked with Denis Bouanga and Cristian Tello in recent days and now have an open forward spot following Rodriguez’s departure.

The L.A. Galaxy also bolstered their roster on Wednesday with veteran defender Martín Cáceres signing with the club through the remainder of 2022.

Caceres brings ample experience to the Galaxy backline, earning 112 caps to date with the Uruguayan national team, and featuring in three FIFA World Cups. The 35-year-old featured for both Levante and Cagliari during the 2021-22 campaign, scoring one goal and adding one assist in 24 combined appearances.

“Martín is a highly experienced and versatile defender that brings leadership, strong mentality and more championship pedigree to our team,” said LA Galaxy Head Coach Greg Vanney. “We look forward to quickly integrating him into the group for the final phase of the season.”

Caceres has logged 21 goals and 15 assists in 366 combined appearances during his career. He has won six Serie A title, one UEFA Champions League, one La Liga title, and six domestic trophies during his time in Italy and Spain.

The Galaxy are in the final playoff spot in the Western Conference.

Fire’s Gimenez out for rest of 2022 season

The Chicago Fire’s fight for an MLS Cup playoff spot isn’t over yet, but Ezra Hendrickson won’t have the services of Gaston Gimenez to call on.

Gimenez will miss the remainder of the 2022 season after undergoing a successful right hamstring surgery, the club announced Wednesday. The 31-year-old is expected to miss at least four months, ruling him out for the regular season and playoff schedule.

Gimenez sustained the injury in the Fire’s 4-1 loss to the Philadelphia Union on Aug. 13. He registered two assists across in 22 games this year and is signed with the Fire through the 2023 season.

Without Gimenez, the Fire will have Federico Navarro and Mauricio Pineda to rely on in their defensive midfield slots. The Fire are in 12th place in the Eastern Conference, five points out of seventh place with eight matches left to play.