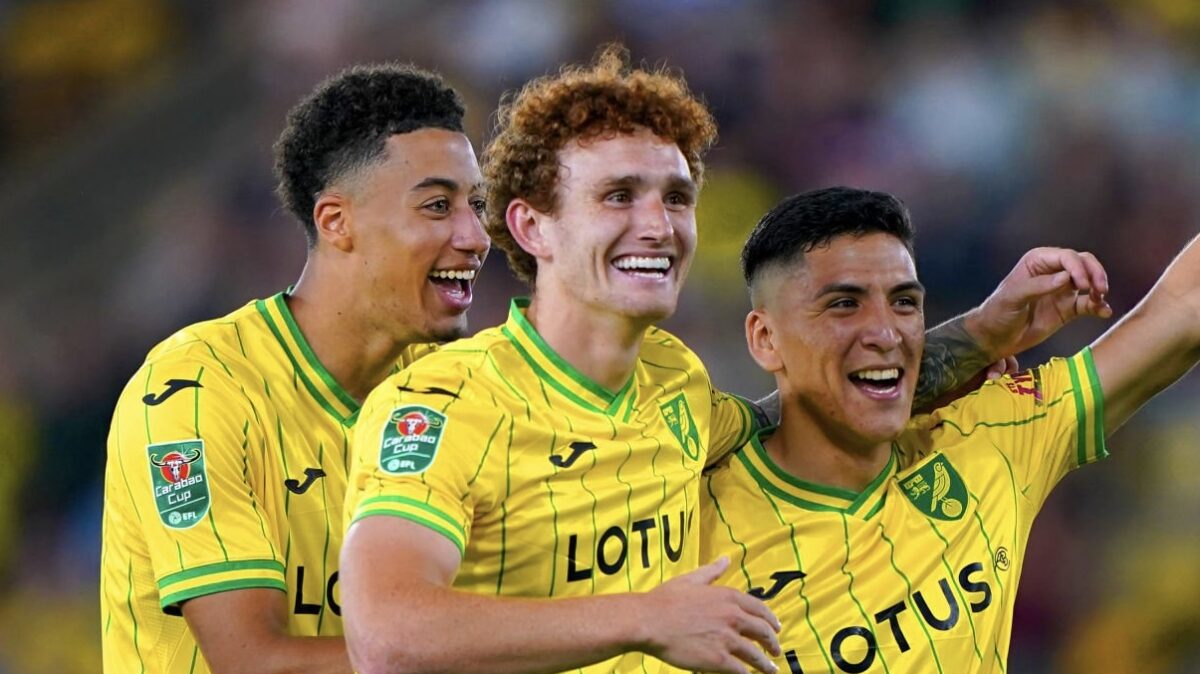 The English League Cup second round draw took place on Wednesday with eight American players guaranteed spots with their respective clubs for the next slate of action.

Josh Sargent, Antonee Robinson, and Brenden Aaronson are among the lengthy list of U.S. men’s national team players who will be in August’s second round of the EFL Cup. Sargent and fellow Norwich City teammate Jonathan Tomkinson advanced following Tuesday’s 4-2 shootout win over Birmingham City.

The Canaries will host AFC Bournemouth at Carrow Road, a rematch of last season’s second round showdown which Norwich City won 6-0 and Sargent scored two goals in.

Antonee Robinson and Tim Ream will face a trip to Crawley Town in the second round after Fulham was not involved in first round action. Both players have featured in Fulham’s opening EPL match of the season, a 2-2 draw with Liverpool at Craven Cottage.

Brenden Aaronson and Tyler Adams will also be included in the second round schedule, with Jesse Marsch’s squad hosting Barnsley at Elland Road. Leeds United defeated Wolves 2-1 on Matchday 1 of the EPL schedule with both Aaronson and Adams making their league debuts.

Chris Richards and Crystal Palace will visit third-tier side Oxford United as the USMNT defender aims to make his senior debut for the Eagles. Richards played 65 minutes for Palace’s U-21 side on Monday in a 3-2 win over Brighton & Hove Albion.

Daryl Dike and West Bromwich Albion could also be in the second round if the Baggies advance past Sheffield United in Thursday’s All-EFL Championship showdown at the Hawthorns. Dike is injured and unlikely to feature for Steve Bruce’s side after picking up a thigh injury last weekend.

A victory over Sheffield United would set West Brom up with a trip to third-tier Derby County at Pride Park.

Preston North End defender Matthew Olosunde was an unused substitute in his club’s 4-1 road win over Huddersfield Town on Tuesday. Preston will visit Wolves in the second round of the EFL Cup, a first showdown between the two clubs since 2018.