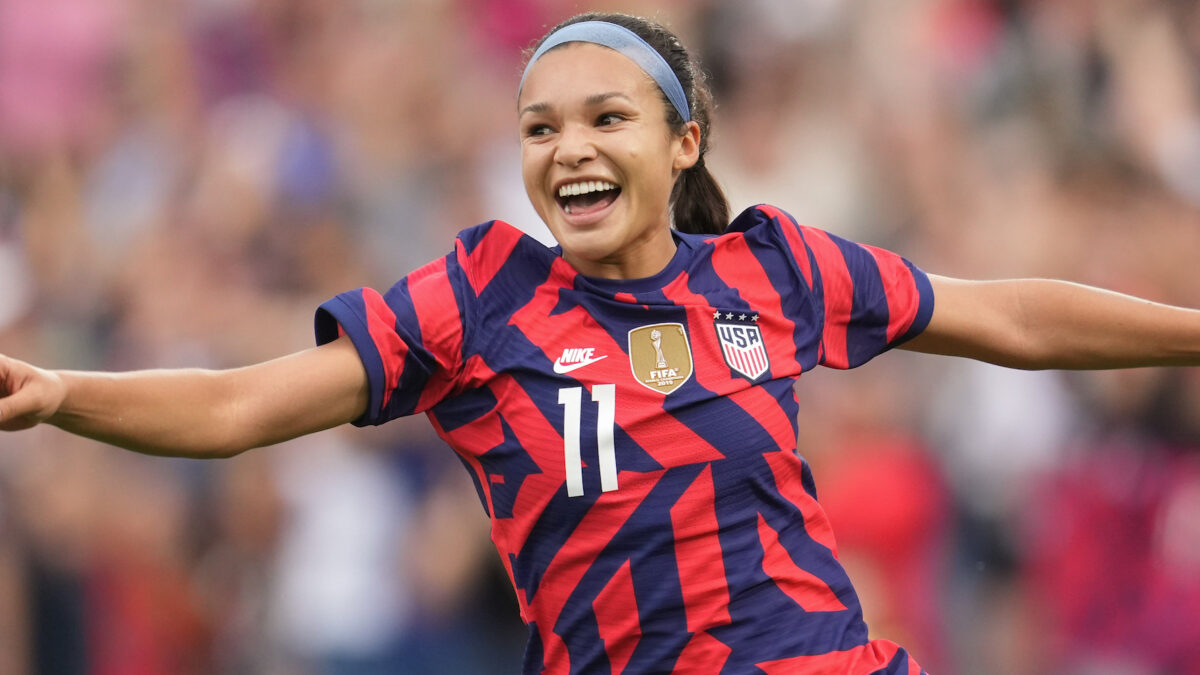 The U.S. women’s national team will continue its preparation for a busy 2023 schedule by facing off with Nigeria in a pair of September friendlies later this year.

Sophia Smith, Trinity Rodman, and Lindsey Horan headline the 23-player USWNT squad for the upcoming pair of friendlies. The matches will be the USWNT’s first since booking its place in the 2023 FIFA Women’s World Cup in Australia and New Zealand.

Veteran players such as Alex Morgan, Megan Rapinoe, and Rose Lavelle were also named in the USWNT squad while Crystal Dunn will take part in training, but not the matches. Children’s Mercy Park and Audi Field will host the friendlies on Sept. 3 and Sept. 6 respectively.

“All the players on the roster performed well in Mexico at qualifying and have carried that form for their clubs, so we’ll continue the process of growing as a team with this group in what will be two challenging games against Nigeria,” said USWNT head coach Vlatko Andonovski. “Preparing for the World Cup is a long process, and I’ve been very happy with how our team understands that process, is willing to do the work and is making positive strides every camp to get us to where we want to be next summer.”

Portland Thorns midfielder Sam Coffey is the lone senior call-up that has yet to debut for the USWNT. Coffey was a part of the USWNT’s roster for the Concacaf W Championship earlier this summer in Mexico.

A total of seven of the 23 players called into the roster featured in the USWNT’s last matchup against Nigeria, a 2-0 friendly win in June 2021 in Austin, Texas.

Here is the full USWNT squad for the pair of September friendlies: