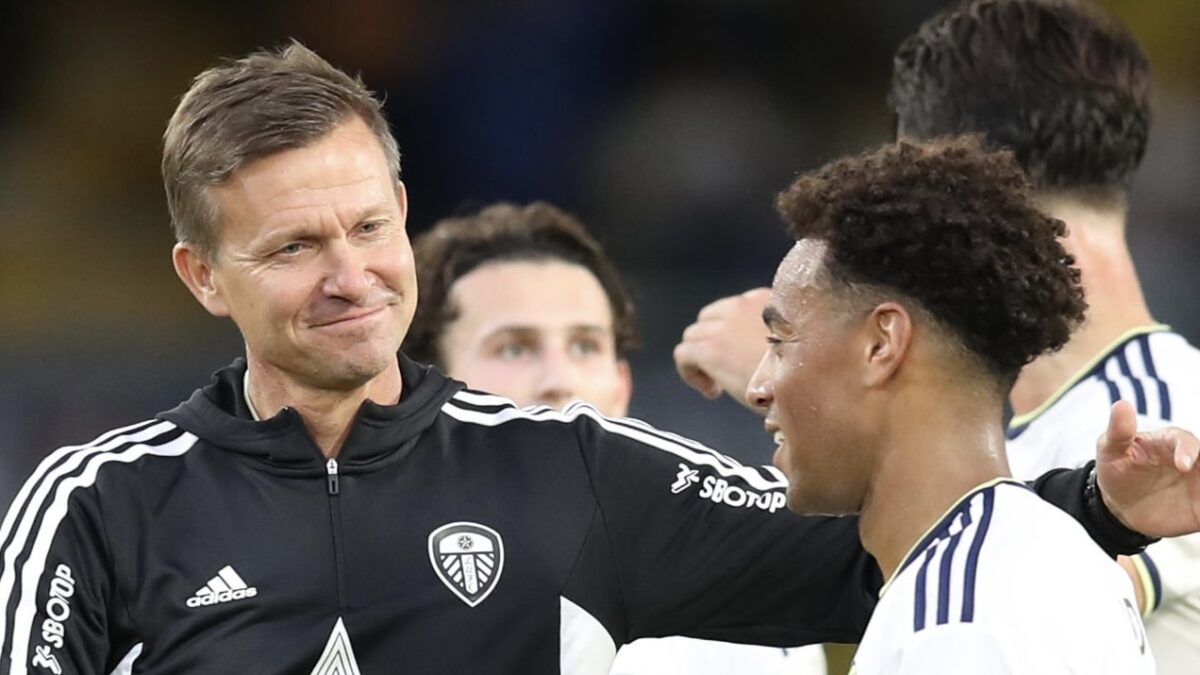 Leeds United kicked off the new English Premier League season with three points on Saturday against Wolves and while Brenden Aaronson garnered plenty of the attention on his league debut, Tyler Adams also left his mark at Elland Road.

Adams played 90 minutes in Saturday’s 2-1 victory against Wolves, starting alongside fellow summer acquisition Marc Roca in the heart of Leeds United’s midfield. The 23-year-old provided physicality and a strong work rate in Jesse Marsch’s squad, excelling alongside his international teammate Aaronson, and helping the Lilywhites claim an important first win of the new season.

After making his first appearance under Marsch in eight months, the U.S. men’s national team midfielder received plenty of praise for his impact in front of the Leeds United faithful.

“Quite good,” Marsch said post match when asked about Adams’ performance. “Any time he was within 5-10 yards of the ball, he was able to put pressure on the opponent. I think he won a lot of duels, picked up a lot of loose balls. He was very clever and clear and calm on the ball. Yeah, I think provided a real presence for us in the midfield.”

Adams completed two tackles, won four duels, made eight recoveries, and created one chance in his 90-minute performance, covering plenty of ground in the process. He helped spring Leeds United’s eventual game-winning goal with Aaronson coming close to playing the hero on an own-goal from Rayan Ait-Nouri.

After spending his first two seasons in the Bundesliga, Adams now has a new opportunity to improve his abilities in the Premier League, and Marsch supports an even brighter chapter ahead for the young midfielder.

“I think Tyler is, if you include pre-season, playing some of the best football of his career and I know how much even more potential he has,” Marsch said.

Leeds United visits Southampton on Matchday 2 on Saturday before hosting Chelsea on August 21.