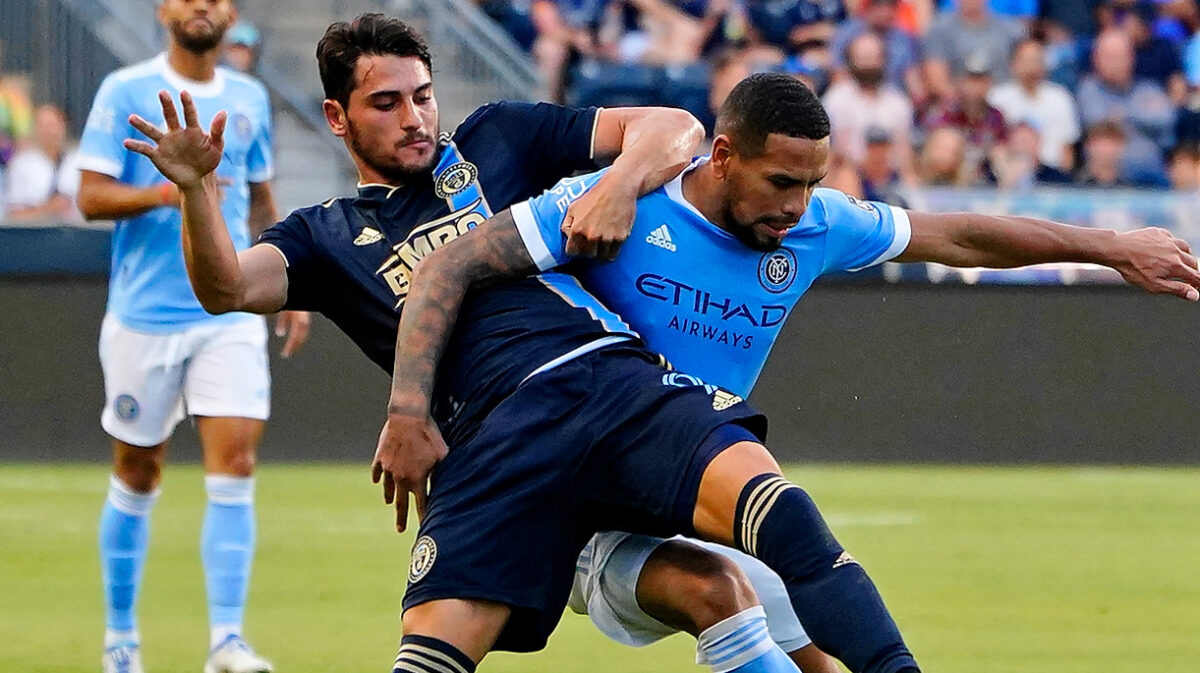 There are two weeks left in the MLS regular season and the playoff picture in the Eastern Conference still has plenty to be sorted out.

The Philadelphia Union, CF Montreal, and New York Red Bulls have already clinched postseason berths this summer and will now aim to conclude their schedules strong over the next few weeks. Jim Curtin’s side are five points in front of CF Montreal in the race for the No. 1 seed while the New York Red Bulls cannot finish higher than third in the conference.

Columbus Crew, Atlanta United, FC Charlotte, and New England Revolution are on the outside looking in as all four clubs remain alive for the playoffs. The Crew and Charlotte FC have one match in hand over Atlanta United and the Revolution and will be pushing to take advantage of their extra matches.

Here is a closer look at what every Eastern Conference club has remaining on their schedule:

Overview: The current Supporters’ Shield leaders have taken major steps in each of the past four seasons and will now try to get over the hump and lift a first MLS Cup in club history. Jim Curtin’s squad can clinch the No. 1 seed in the East with a victory over Charlotte FC on Oct. 1 before closing out their schedule at Subaru Park against Toronto FC.

Overview: Gerhard Struber’s Red Bulls are also guaranteed a playoff berth this fall and will now aim to head into postseason play with confidence. The Red Bulls have lost two of their last three matches against the Union and NYCFC respectively, showing their is plenty to improve on if they want to be a title challenger.

Overview: NYCFC has righted the ship in recent weeks, downing Liga MX side Atlas in the Campeones Cup before defeating rivals New York Red Bulls prior to the international break. Nick Cushing’s squad are still seeking a leader atop the formation following Taty Castellanos’ departure this summer, but still possess one of the dynamic groups of attackers in MLS.

Overview: Orlando City has endured an up-and-down summer, but is still among the favorites to clinch a playoff berth. The Lions have already lifted the U.S. Open Cup for the first time in club history earlier this month and will now aim to stamp their berth back to the postseason.

Overview: FC Cincinnati is riding its longest-ever unbeaten run in MLS play this summer, but will still need to finish strong in order to fend off several chasers in the Eastern Conference. Recent victories over Charlotte FC, San Jose Earthquakes, and Real Salt Lake have boosted Pat Noonan’s side above the red line, led by in-form striker Brenner’s stellar goalscoring run.

Overview: Inter Miami has picked it up at the right time, setting Phil Neville’s side up for an important stretch of matches that will defy the club’s playoff chances. Back-to-back wins over the Columbus Crew and D.C. United have propelled the Herons into seventh place with one match in hand over several clubs around them in the table.

Overview: The Columbus Crew might have one match in hand over several other Eastern Conference clubs, but Caleb Porter’s side needs to buckle down and start turning ties into victories. The Crew have lost two of their last 10 league matches, but have only won two as well, dropping points in each of their last three matches.

Overview: A three-match unbeaten run for Atlanta United has come at the right time for Gonzalo Pineda’s men, but victories over the New England Revolution and NYCFC will truly answer the question on if the Five Stripes can get into the playoffs. Important wins over Toronto FC and Orlando City, paired with a draw against the Union have moved the Five Stripes two points back of Inter Miami, but a loss on Saturday will eliminate them from playoff contention.

Overview: Two-consecutive wins over NYCFC and the Chicago Fire have kept Charlotte FC alive in the playoff race, but Christian Lattanzio’s squad will need to avoid any slip-ups to clinch a playoff berth in their expansion season. Charlotte FC have scored the third-fewest goals in the Eastern Conference (38), a statistic that will need to change to get over the red line.

Overview: The New England Revolution’s backs are against the wall heading into a must-win match against Atlanta United on Saturday. Bruce Arena’s side have lost their last three matches, being outscored 7-2 over that span.