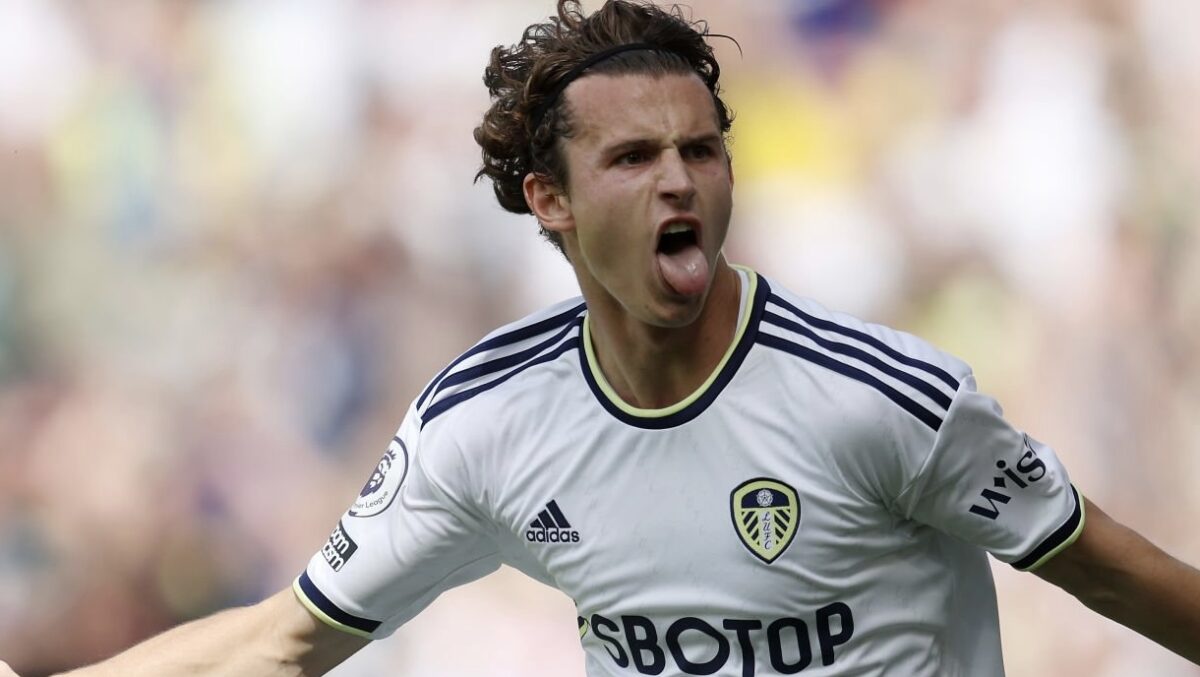 Brenden Aaronson and Leeds United may have ended up on the losing end in Saturday’s English Premier League showdown with Brentford, but the American playmaker caught the eye of Bees manager Thomas Frank following his performance.

Aaronson logged 90 minutes for Jesse Marsch’s side in a 5-2 road loss, continuing what has been a fast involvement in the Lilywhites’ squad since his arrival this summer. The former Red Bull Salzburg and Philadelphia Union midfielder has gelled right into Leeds United’s plans, starting in all six league matches to date, scoring one goal and adding one assist.

Frank was disappointed that his Brentford squad conceded twice at home, but praised Aaronson’s impact in the Leeds squad since his move from Austria.

“I think they’re really good,” said Frank postmatch. “With a narrow front four combining and tricky players, good players. Aaronson – what a player, what a player, that’s a top buy for Leeds. So I think we defended that a little bit bad, but also credit to Leeds.”

Aaronson won seven of 14 duels from his No. 10 position, while also drawing a match-high three fouls, and creating two chances in his outing. After playing under Marsch during his first season in Austria, Aaronson has continued to grow as a player, and has fit right into the plans at Elland Road.

Leeds United suffered their second league loss of the campaign, falling to ninth place in the table, but still sit among the impressive starters in the new season overall. Aaronson’s presence in the squad will be crucial to Leeds United’s fight to avoid any relegation worries this season, especially after making several key signings this summer.

Up next for Aaronson and Leeds is a home clash with rivals Nottingham Forest on September 12 before a trip to Manchester United to close out September’s short schedule.