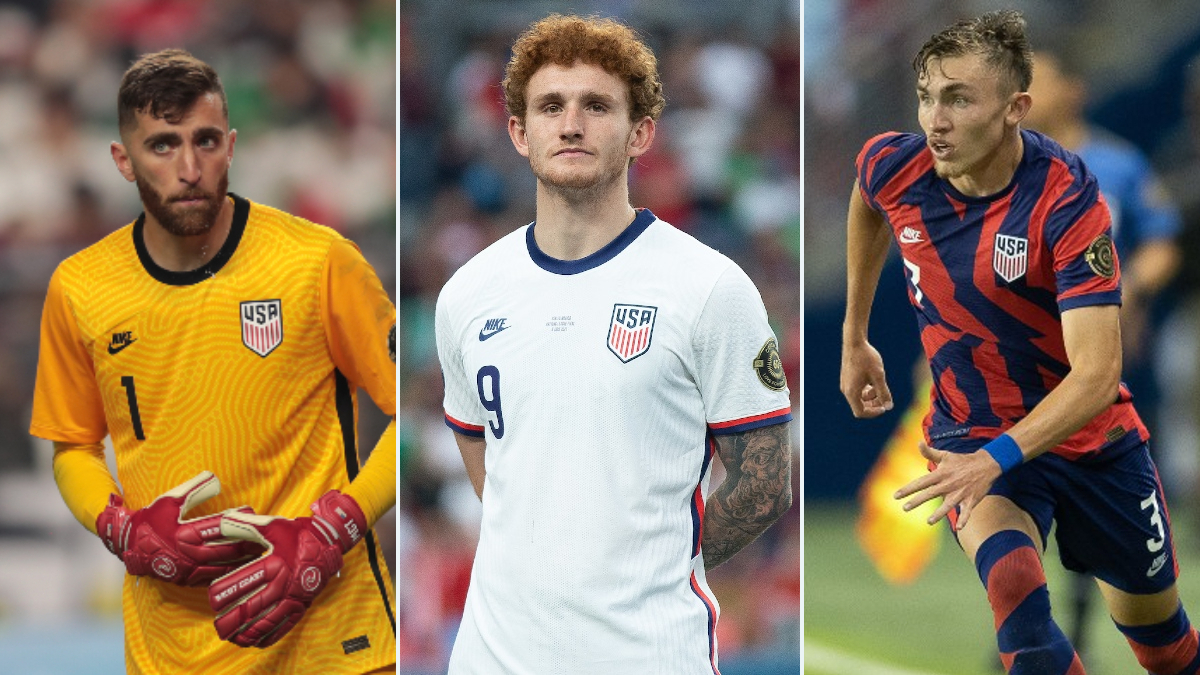 With the countdown to the FIFA World Cup winding down quickly — we are fewer than two months away — the U.S. men’s national team’s September friendlies will hopefully help answer some of the questions beginning to pile up surrounding a team that has not played in more than three months.

Friday’s friendly against Japan, and Tuesday’s against Saudi Arabia, are Gregg Berhalter’s final opportunities to put his team on the field before selecting his 26-player roster for the World Cup, meaning these are his last chances to put players through their paces in his system, and last chance to measure candidates against each other before the final sprint to Qatar.

As much as there was some hope that Berhalter might bring in a wealth of new faces for final looks in September, Berhalter has too much to figure out among his actual established group to spend too much time auditioning players with no track record in Berhalter’s setup.

What are the most pressing questions to be answered in the upcoming USMNT friendlies? Here are five:

How sharp is Matt Turner?

With just one official competitive start to his name since joining Arsenal this summer, Turner is not someone you can call match sharp, but Zack Steffen’s recent injury stint has opened the door for Turner to take over as the first-choice USMNT goalkeeper. Turner insists that the Arsenal move has helped him improve, but the proof will be in the September friendlies, where he will start against Japan and could play against Saudi Arabia.

How do the striker options stack up?

Jesus Ferreira has a hammer lock on the starting striker role, but this month’s camp and friendlies are a major opportunity for Josh Sargent and Ricardo Pepi to not only challenge Ferreira, but put more distance between themselves and the deep pool of striker candidates vying for the three World Cup roster spots expected to be spent on strikers.

Sargent is in the best form of any American striker, and Berhalter was full of praise for the Norwich City striker.

“He looks great,” Berhalter said of Sargent. “Confidence is a big thing, but also strength. He’s gotten bigger, he’s gotten stronger. He’s gotten quicker, more decisive with his movements. He’s looked really good in training and it’s been good to have him in camp. He’s had a tough road, but now it shows what he can do when he’s in form. He’s been showing that.”

Ricardo Pepi earned a recall despite his long run of inactivity, but his loan to Dutch side Groningen helped him earn return to Berhalter’s setup and it is clear Berhalter prefers him as a system fit than some of the other strikers in the pool. Now it’s just up to Pepi to make the most of this camp, and the minutes he is able to earn.

Who will emerge from the fringe centerbacks?

Cameron Carter-Vickers and Chris Richards were seen as real options to challenge current first-choice centerbacks Walker Zimmerman and Aaron Long when the initial September USMNT roster was announced, but with both them forced out by injury, the chances have fallen to Mark McKenzie and Erik Palmer-Brown.

McKenzie is the more intriguing of the two because of him not being too far removed from being a first-choice option from Berhalter. It is easy to forget that McKenzie started in the Concacaf Nations League finals in 2021, and in two of the first five qualifiers in the Octagonal. He lost his starting job at Genk and fell behind some other options, but McKenzie has enjoyed a renaissance and returns to the USMNT fold as one of the highest-rated defenders in the Belgian League.

Palmer-Brown enjoyed a breakout 2021-2022 season with French side Troyes, which earned him a place in Berhalter’s plans earlier in 2022. Unfortunately for Palmer-Brown, he didn’t exactly dazzle in June’s matches, and at the time it felt like a miss opportunities, especially considering how well Carter-Vickers performed. Palmer-Brown has continued to start in France, and has earned another look, and between potential injuries and whether or not Berhalter brings five centerbacks to Qatar, Palmer-Brown has to be considered someone who is still a possibility for the World Cup.

Who is the best backup option at left back?

Antonee Robinson’s recent injury (which shouldn’t keep him out much longer than the current international break) may be a blessing in disguise considering it will force Berhalter to look at some other potential replacements and back-ups for a player who may have the biggest gap between themselves and Option B in the entire USMNT pool (Tyler Adams being the other).

Who is the second-choice left back? Sam Vines is in outstanding form in Belgium with Royal Antwerp and he is the only natural left-footed option at the position in the current camp. Vines has impressed in camp this past week, earning himself the start at left back against Japan.

“What I’ve noticed from him in particular is the speed of his decision-making has gotten better, has improved. He looks a lot more sure of himself, aggressive attacking down the left wing. He’s been coming inside a little bit with his club sometimes and that helps give him flexibility. But I see a confident Sam Vines. A guy who has been embracing 1-v-1 duels, embracing getting the ball under pressure and being able to play out of pressure and overall he’s a guy that I’ve been really pleased with this camp.”

Who emerges from the crowded field at right back?

The answer to this one is Sergiño Dest, or is it? When he’s healthy and in form, Dest is the most dynamic fullback in the USMNT pool, but the fact is he has made a move to AC Milan, where starts won’t be easy to come by. Meanwhile, there are several other right backs playing regularly, including Reggie Cannon and Joe Scally.

There is also the possibility of playing Dest at left back if Antonee Robinson isn’t available, so the battle for the one or two spots for right backs is shaping up to be a very good one, even just in this September camp, where Cannon, Scally and DeAndre Yedlin are all in the group, and Shaq Moore isn’t too far off the radar.

The September friendlies should go a long way in helping Berhalter decide who he considers fourth out of Dest, Cannon, Yedlin and Scally, and with it being highly likely he only brings three of the aforementioned players to Qatar, this month’s USMNT will likely be the last chance for one of these four. Keep that in mind when tracking how Berhalter doles out minutes at right back this month.

What do you think of these questions? Who would you start in goal? Which centerbacks would you bring to Qatar? Which strikers do you see making the final cut for the World Cup?