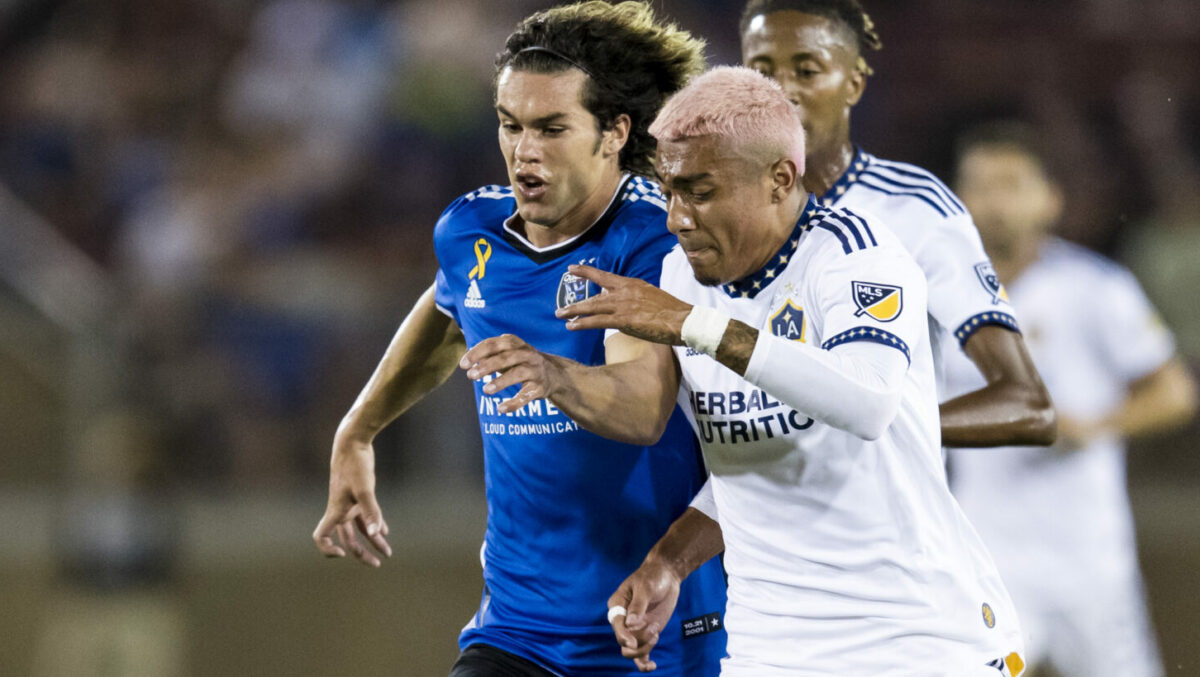 The L.A. Galaxy moved one step closer to solidifying its involvement in the 2022 MLS Cup Playoffs on Saturday by downing in-state rivals San Jose Earthquakes in the final Cali Clasico of the regular season.

Chicharito scored twice for Greg Vanney’s men while Gaston Brugman delivered a screamer of a goal in a 3-2 victory at PalPal Park. The result moved the Galaxy up to fifth place in the Western Conference with two matches left to play.

Early pressure from the Galaxy led to Chicharito’s opening goal of the match in the 12th minute as Julian Araujo’s cross was met by the veteran forward in San Jose’s box. Chicharito guided a left-footed shot into the bottom-left corner, propelling the visitors ahead 1-0.

The Galaxy padded their lead in the 42nd minute as Brugman lined up a shot from outside of the box and celebrated as his effort beat J.T. Marcinkowski down the middle of his goal. It was the second-consecutive goalscoring appearance for Brugman, who enjoyed a brace in last weekend’s victory over the Colorado Rapids.

Despite Jeremy Ebobisse’s best efforts on the opposite side of the field, the Earthquakes conceded a third goal just after the hour mark. Efrain Alvarez’s through ball allowed Chicharito time to drill a shot past Marcinkowski and into an empty net.

The Earthquakes added goals from Cristian Espinoza and Nathan in the final 20 minutes of the match, but eventually suffered their 15th league loss through 32 matches. Espinoza’s finish came from the penalty spot while Nathan’s redirected effort from an Earthquakes corner found the top corner of Jonathan Bond’s net.

Saturday’s victory for the Galaxy not only moved them ahead of the Portland Timbers and Minnesota United in the West table, but it officially eliminated the Colorado Rapids from playoff contention.

The Galaxy will return home next weekend for an Oct. 1 showdown with Real Salt Lake while the Earthquakes host Minnesota United on the same night.