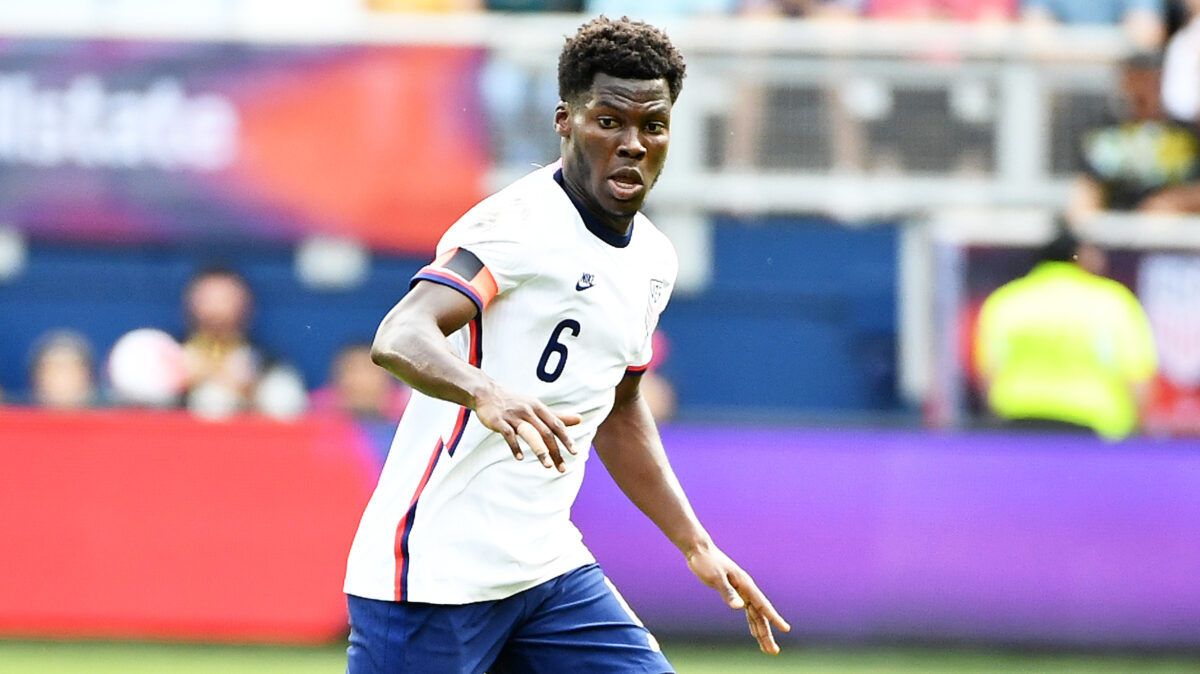 Depth is a beautiful thing to have, but it can also leave you with a false sense of security.

Take the U.S. men’s national team midfield for example. When Yunus Musah was ruled out of the September friendlies due to injury there was little thought put into what his absence might mean for the USMNT midfield. Instead, it was easy enough to consider alternatives and the exciting prospect of having a place to put an in-form Brenden Aaronson, who is looking more and more like a must-start player.

What became clear on Friday in the loss to Japan was just how difficult Musah is to replace, and the reality is there isn’t another player like him in the pool. It would be easy to chalk off the struggles of the USMNT midfield on Friday to Gregg Berhalter’s decision to start Aaronson on the wing in place of the injured Christian Pulisic — which then led him to start Luca De La Torre in Musah’s spot — but playing Aaronson centrally would not have accounted for what was missing in Musah’s absence.

No player in the USMNT pool can hold the ball up under pressure like Musah, who also excels at being an active link between defense and attack. Japan pressed the USMNT into mistake after mistake and it was glaringly obvious the Americans were in desperate need of a reliable outlet that could not only be counted on to be in good positions, but also be able to slow the game down against a relentless opponent.

Perhaps the more than three-month break since the last USMNT match made it easy for many to forget that it was Musah who was the team’s best player the last time they had played, in the Concacaf Nations League draw in El Salvador on June 14. Musah was dominant that day overcoming the terrible field conditions and chippy defending from the opposition to deliver what was arguably his best game in a USMNT uniform.

Without Musah’s presence in midfield to relieve pressure and bring some stability to the game on Friday against Japan, the USMNT struggled like a drowning man in deep waters, flailing away desperately and losing all sense of control. De La Torre tried his best to be active, but he did nothing to slow the game down, and Weston McKennie played one of his worst matches in a USMNT uniform in part because of the frantic style the USMNT fell into with nobody to provide a stabilizing presence in the middle.

The USMNT setup is even more reliant on Musah’s presence because of the players Berhalter has built his defense around. Walker Zimmerman and Aaron Long don’t rank highly among USMNT central defenders when it comes to quality on the ball, and as much as Zimmerman has shown improvements in his passing, the reality is there is no calming presence in central defense capable of consistently handling pressure in possession.

That is the tradeoff Berhalter made when he cast aside superior passers in John Brooks and Tim Ream, who are both defensive liabilities in the USMNT’s high-line setup due to their lack of speed, but who are both seasoned veterans who are excellent passers.

When asked about the passing abilities of his current top-choice centerbacks on Thursday, Berhalter pointed out that neither Zimmerman or Long are asked to pass the ball very much for their club teams. That is true, but that doesn’t mean either is secretly hiding masterful passing and possession skills. We were reminded of that on Friday against Japan, when both players looked shaky with their passes and possession under pressure.

Does that mean Zimmerman and Long can’t function well in the USMNT setup? Not necessarily, but it does mean there is an even greater need for midfielders who are adept at putting themselves in good positions to receive passes from the centerbacks, and also good at being able to keep the ball under pressure.

And what if Musah isn’t available for the World Cup, or has to miss a match at some point? Aaronson makes the most sense as a replacement from a talent standpoint, but it will take a group effort to better handle opponents that like to press. That means better possession from the centerbacks, which could mean the integration of players like Chris Richards and Cameron Carter-Vickers, and it means needing better decision-making from McKennie.

Above all, it’s time to start listing Musah on any list of most important and most irreplaceable USMNT players alongside Tyler Adams and Antonee Robinson, because Friday’s loss to Japan made it very clear just how important he is to the USMNT setup and any hope the team has of having a successful World Cup.