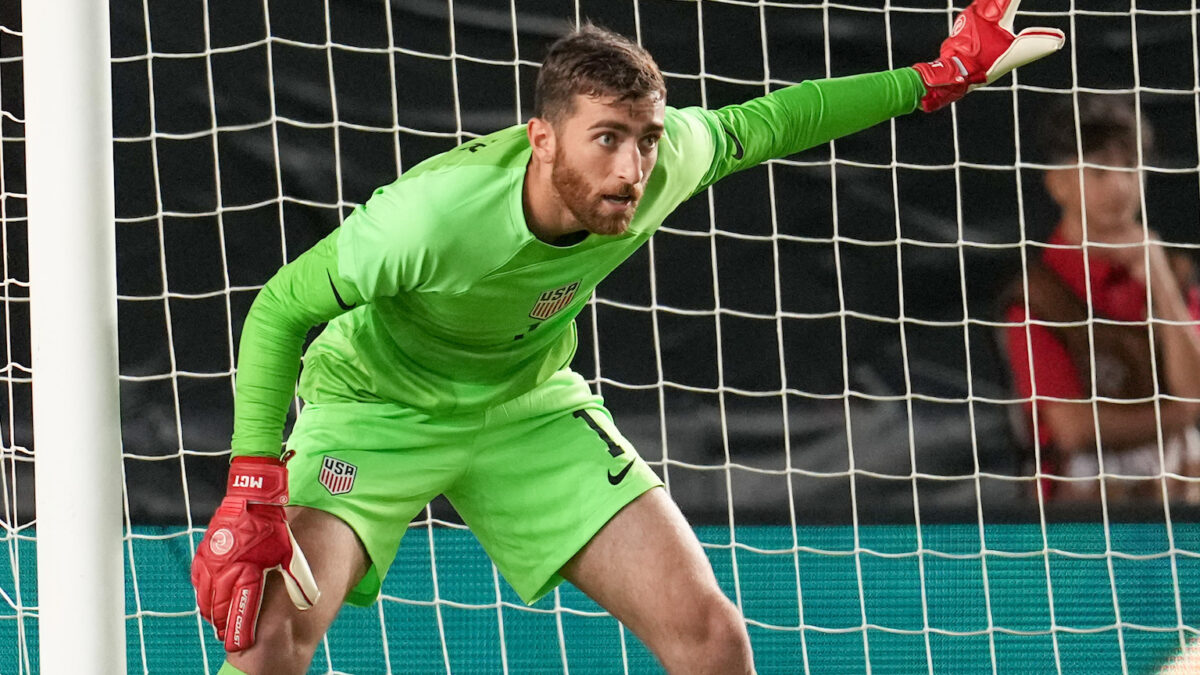 Matt Turner retained his spot in goal for the U.S. men’s national team on Tuesday and was once again one of the few players to deliver an impressive showing for Gregg Berhalter’s squad.

Turner made two saves in Tuesday’s 0-0 draw with Saudi Arabia in Murcia, Spain, earning SBI’s Man of the Match honors. The Arsenal goalkeeper was tested in the opening minute and once again late in the second half to help the USMNT avoid a defeat in its final pre-World Cup friendly.

Saudi Arabia tested Turner on its opening attack of the match, forcing the veteran to dive to his left to repel Sultan Al Ghannam’s effort. Turner was up to the task, conceding a corner kick, but eventually watching as the Americans got a better grasp of the match.

Despite Saudi Arabia’s occasional pressure, Turner had little to do until the second half, where he rose to the occasion once again. Haitham Asiri’s shot from outside of the box in the 70th minute was gathered by Turner, keeping the teams tied at 0-0.

The former New England Revolution homegrown was one of the few players to boost their stock during the September camp, making eight saves in total against Japan and Saudi Arabia. Turner will now head back to Arsenal for a busy stretch of matches across multiple competitions, including UEFA Europa League involvement and the English Football League Cup.

Turner beat out Sergiño Dest and Tyler Adams for SBI USMNT Man of the Match honors.

What did you think of Turner’s performance? Which other USMNT players impressed you?