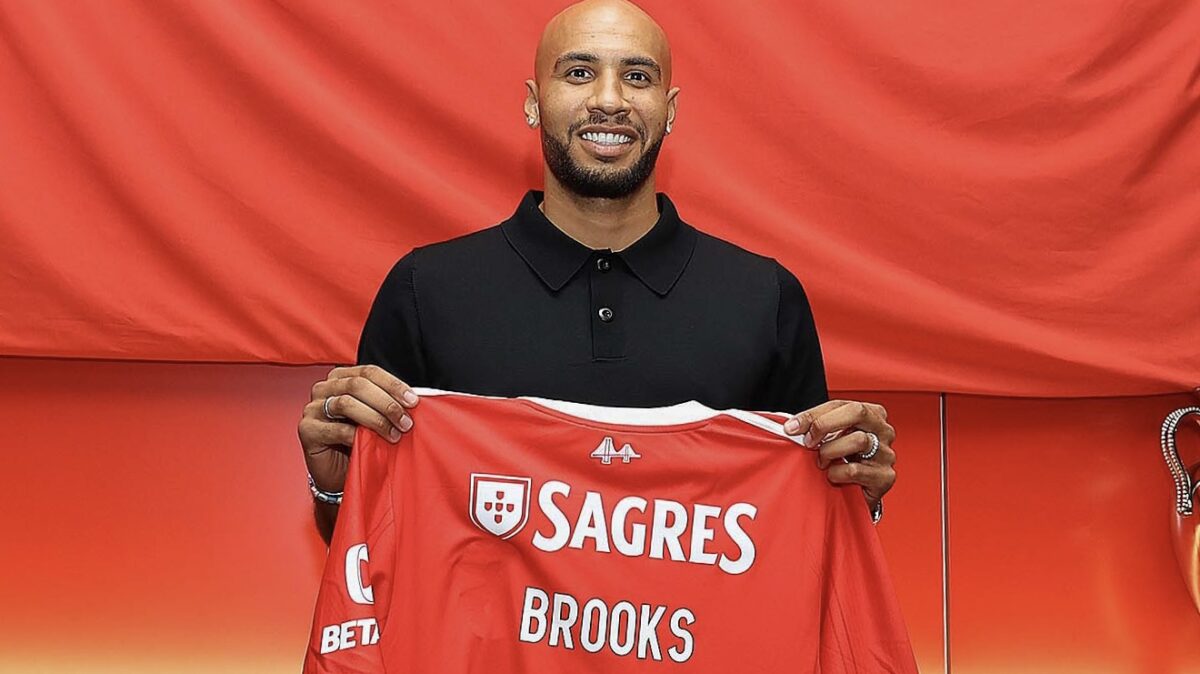 The summer transfer window officially closed in Europe on Thursday, and that deadline came with the usual flurry of deals, including some involving Americans.

The biggest deadline day deals featured American defenders, with John Brooks joining Portuguese giants Benfica on a free transfer. The former Wolfsburg centerback had been reportedly heading to La Liga side Mallorca, but Benfica swooped in with the promise of UEFA Champions League action and Brooks took a detour to Liga NOS.

Sergiño Dest’s reported loan move to AC Milan was also completed on Thursday, with the U.S. men’s national team fullback joining the Rossoneri on a loan with a reported $20 million purchase option.

Here is a closer look at all of the recent Americans Abroad News:

John Brooks’ wait for a new club came to an end on Thursday with the American centerback signing with Portuguese giants Benfica on a one-year deal.

Brooks had been a free agent following the expiration of his contract with Bundesliga club Wolfsburg in May. The 29-year-old spent the last six seasons with Wolfsburg, totaling 146 appearances, seven goals, and five assists for the German club.

Brooks began his club career with Hertha Berlin, eventually making 132 appearances for the first team from 2011-17. He joined Wolfsburg ahead of the 2017-18 campaign for roughly $18.7 million, totaling 30 or more appearances in each of the last four seasons.

On the international level, Brooks has earned 45 caps with the U.S. men’s national team to date, but has not featured since the opening round of Concacaf World Cup Qualifying in September 2021.

Benfica hosts FC Vizela on Friday in league action before kicking off its Champions League group stage schedule on Sept. 6 against Israeli side Maccabi Haifa.

Sergino Dest is off to Italy for the next chapter of his career, arriving at AC Milan on a season-long loan from Barcelona.

Dest’s move became official on Thursday, which includes a purchase option at a reported $20 million. Should AC Milan acquire Dest permanently, he will sign a four-year contract with the Serie A giants.

“Dest has quality, rhythm, and intensity, we took him to play fullback, but he has characteristics that can also be useful in other areas of the pitch,” AC Milan manager Stefano Pioli said about Dest in a press conference Friday.

Dest scored three goals and added five assists in 72 combined appearances for Barcelona following his transfer from Ajax in 2020. He has earned 17 caps with the USMNT to date, scoring two goals.

AC Milan faces rivals Inter Milan this weekend in the Serie A match of the weekend.

Despite interest elsewhere, Christian Pulisic and Timothy Weah will stay with their respective clubs at least until January.

Pulisic was linked with both Manchester United and Newcastle United in recent weeks, but Chelsea reportedly blocked the USMNT attacker from a transfer or loan away from Stamford Bridge. He only made 13 starts for the Blues under Thomas Tuchel last season, finishing the season with 38 combined appearances, eight goals, and five assists in all competitions.

The 23-year-old has yet to start a competitive match for Chelsea this season, totaling 95 minutes of action off the bench.

Weah was reportedly on the radar of La Liga side Valencia, but was unable to earn a move this summer, as Lille wanted to keep him. The 22-year-old has yet to appear in a match for Lille in the new Ligue 1 season due to an injury.

Christian Ramirez was linked with a move to a fellow Scottish Premiership rival, but looks set to stay with Aberdeen going forward.

Hearts was reportedly linked with Ramirez, but Aberdeen manager Jim Goodwin denied any contact between the two clubs. Ramirez has scored three goals and added one assist in five combined appearances in the new season, but did not dress in Aberdeen’s 4-1 League Cup Round of 16 win over Annan Athletic on Tuesday.

“I don’t think that’s a transfer that’s going to happen to be honest,” Goodwin said Thursday per Aberdeen Live. “I can’t see us loaning a player to one of our rivals and as of this moment in time I’m not aware that Hearts have actually made contact. I know there are a lot of rumours out there. Some are accurate, some are just made up.

“Hearts haven’t been in touch with Aberdeen to enquire about Christian,” he added. “There haven’t been any major offers made for any of the players.”

Former Motherwell and current Burton Albion forward Lewis Moult was linked with a move back to Scotland pending Ramirez’s exit from Aberdeen, but will now remain in England.

Ramirez, 31, has contributed 18 goals and five assists in 50 combined appearances for Aberdeen.

Marlon Fossey has yet to earn his opportunity with EPL club Fulham and could be on the move to Belgium on a permanent deal.

Standard Liege is in talks with Fulham to acquire the former U.S. youth national team defender, a source close to the player confirmed to SBI. The summer transfer window for Belgian clubs remains open until Sept. 6.

The 23-year-old has only made one appearance for Fulham’s first team, playing in a 2-0 EFL Cup loss to Crawley Town in August. Fossey totaled 53 combined appearances between Fulham’s Under-21 and Under-18 sides, registering seven assists.

He enjoyed a strong loan spell with League One side Bolton Wanderers during the 2021-22 season, scoring one goal and adding five assists in 16 appearances. A knee injury eventually sidelined Fossey for the remainder of the season.

Standard Liege is managed by former Celtic and NYCFC boss Ronny Deila and sit in 11th place in the Pro League standings.