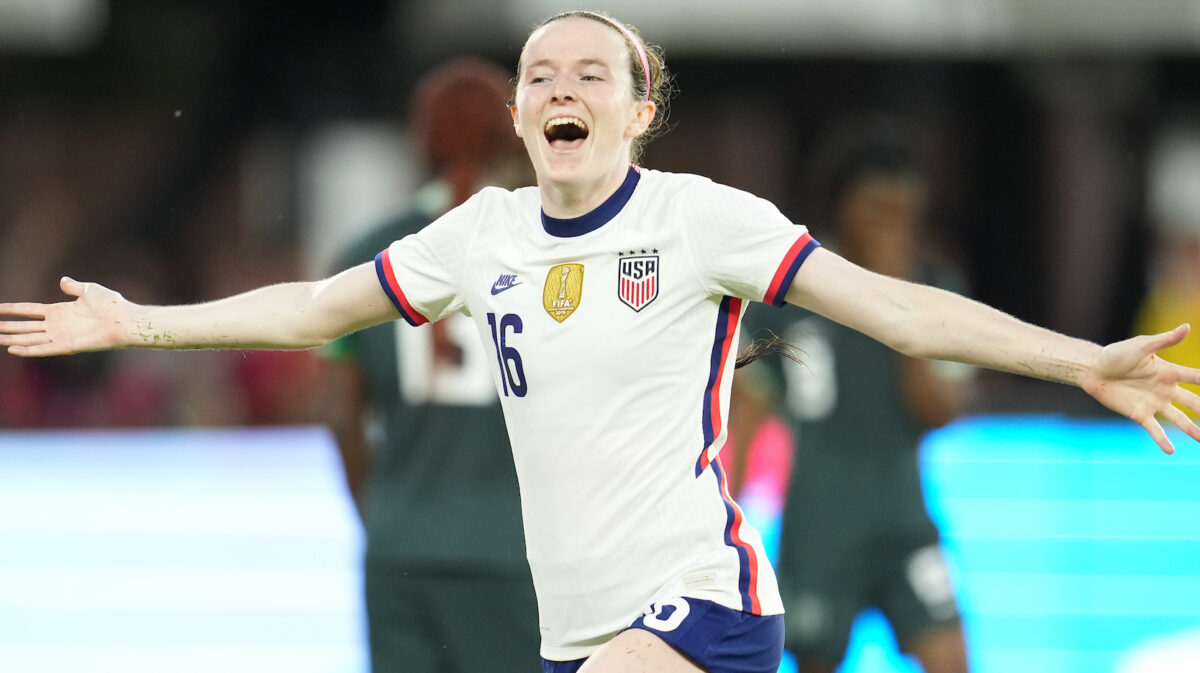 The U.S. women’s national team closed out its September schedule by picking up a second-consecutive victory against Nigeria and a 13th win overall in all competitions.

Rose Lavelle’s winning goal in the 66th minute proved to be the deciding goal at Audi Field as the Americans claimed a 2-1 victory. Following the match, the U.S. Soccer Federation and the National Team’s Players Association officially signed the new collective bargaining agreement (CBA), which was reached in May.

Alex Morgan and Lindsey Horan both had first-half efforts denied by Nigerian goalkeeper Chiamaka Nnadozie, but the Super Eagles’ backline was eventually broken down thanks to a own goal. Mallory Pugh’s cross from the left wing deflected into Nigeria’s net off of Blessing Demehin, giving Vlatko Andonovski’s squad a 1-0 lead.

Uchenna Kanu tied things up for Nigeria in the 50th minute, sending a right-footed shot into the top-right corner of Casey Murphy’s net. It marked the first goal conceded by the USWNT in 880-consecutive minutes.

Megan Rapinoe entered the match in the 65th minute and needed only 73 seconds to help deliver the game-winning goal. Rapinoe’s cross was met by Rose Lavelle, who headed home her fourth goal of 2022.

Pugh and Horan were denied opportunities to add to the USWNT’s lead later in the match, but the Americans would hang on for a second-consecutive friendly win over Nigeria. Samantha Coffey impressed in her USWNT debut while Hailie Mace, Ashley Hatch, and Sophia Smith also featured in the victory.

The USWNT will next face England in an October 7 friendly at Wembley Stadium.